* This contest has now ended. The winners will be posted below during the week of April 18-22, so please check back to see if you’ve won—and thank you for entering!

Q: How has the Park West Gallery experience inspired your passion for the arts?

*Enter as many times as you’d like. Limit one prize per person.

Ten lucky winners will be chosen at random from all of the entries. Winners will receive a copy of Csaba Markus: Gems and Rhapsodies, a gorgeous full-color coffee table book highlighting the life and works of the artist.

The contest winners will be posted at The Official Blog of Park West Gallery and also notified via email. Winners will be announced sometime between April 15-22, so bookmark this page and check back here to see if you’ve won!

AND THE WINNERS ARE…

Each day this week (April 18-22), we’ll be posting the names of 2 of our 10 lucky winners. Be sure to check back to see if you’ve made the list! (Note: All winners will be notified via email once the full list has been posted.) 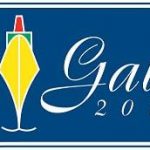 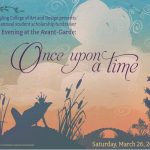