The “Reclining Nude” painting by Italian artist Amedeo Modigliani broke records on November 9, 2015 when it sold for $170.4 million at a Christie’s, New York, auction.

According to the Wall Street Journal, the painting was purchased by private Chinese collectors Liu Yiqian and his wife, Wang Wei. The sale is the highest price for a Modigliani, and makes it one of the most expensive paintings ever sold. Prior to the sale, the record for Modigliani was $71 million.

The oil painting, created in 1917-18, is among Modigliani’s best-known works and is “one of the defining masterpieces of his art,” according to Christie’s lot notes. The painting depicts a nude brunette woman reclining on a crimson couch and blue cushion, with Modigliani’s trademark of a twisted torso showing off her feminine curves.

The sale is $9 million shy of the record for the most expensive painting ever sold, which was set on May 11, 2015 when “Women of Algiers (Version O)” by Pablo Picasso sold for $179.4 million at a Christie’s auction. Park West Gallery Founder and CEO Albert Scaglione commented on the nature of such extravagant art purchases following the Picasso sale. Scaglione believes increasing prices have become more the rule than the exception in today’s art market, so large purchases reflect the market in general at all price levels, not just the nine-figure rarities seen in 2015.

“In the current climate it’s become quite normal for us to sell artworks for tens of thousands of dollars on a daily basis,” he says of Park West Gallery.

Modigliani is said to have reinvigorated modernist painters to follow the tradition of painting nudes with his series of nudes, including “Reclining Nude,” that he painted from 1916 to 1919. The legend, according to Christie’s, is that the lack of misogyny in Modigliani’s nudes derives from the intimacy he shared with his models.

His only solo show, held in Paris in 1917, spurred concerns of obscenity with respect to his series of nudes, causing the police to close it on opening day.

Modigliani lived from 1884 to 1920, moving to Paris in 1906 where he met artists like Picasso. Many of Modigliani’s works were not welcomed at the time of their creation, but gained popularity afterwards. He passed away at the age of 35 due to tubercular meningitis.

Christie’s broke another record at the same auction with “Nurse” by Roy Lichtenstein. A bidder acquired it for $95.4 million, beating the previous record of $56 million for a work by Lichtenstein. 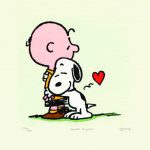 5 facts you may not know about PeanutsAnimation Art, Art Puzzles & Trivia, Articles, Artists & Special Collections, In the News 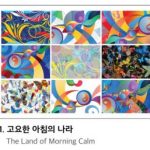