5 facts you may not know about Peanuts The Peanuts as depicted in “The Peanuts Movie” (Image courtesy of PeanutsMovie.com)

The Peanuts made their CG-animated debut with The Peanuts Movie on November 6, 2015. This is the first movie since Charlie Brown and the gang hit the big screen with Bon Voyage, Charlie Brown!

To celebrate the release of the newest film and Park West Gallery’s new animation art website, we look at some interesting facts about one of the most iconic and influential comic strips in history. Peanuts ran from Oct. 2, 1950 to Feb. 13, 2000. In his lifetime, Peanuts creator Charles Schulz drew 17,897 Peanuts comic strips that were translated into 21 languages and published in 2,600 newspapers. A total of 45 TV specials were produced, some of which garnered awards.

Peanuts became so popular that by 1999, Peanuts characters were featured on 20,000 new products every year. In fact, Snoopy’s likeness is used for an award given by NASA to someone working in the space program that goes above and beyond for safety. Snoopy also became the mascot for MetLife, and even has a star on the Hollywood walk of fame next to Schulz’s star.

(Don’t worry, the cigars Charlie Brown passes out are chocolate)

The 2015 movie is the first time the Peanuts characters will receive the CG-animated treatment, but did you know their first animated appearance was not in the 1965 film A Charlie Brown Christmas, but in car commercials?

Ford Motor Company licensed the characters in 1959 for a series of commercials alongside intros to the Tennessee Ernie Ford Show. The success of these animations led to the production of half-hour animated TV specials, including the award-winning Christmas special mentioned above.

3. Iconic characters didn’t appear until later in the series When Peanuts debuted, it featured Charlie Brown, Patty (not Peppermint Patty), Shermy and Snoopy. It wasn’t until a couple of years later that characters like Lucy and Linus appeared in 1952, Pig-Pen in 1954, and Woodstock and Peppermint Patty in 1966.

When Lucy first appeared, she was younger than Charlie Brown, depicted as a toddler. Schulz later changed her to be among Charlie Brown’s friends. Believe it or not, Schulz didn’t take a shine to the name of his own comic strip. Prior to the Peanuts comic strip, Schulz had a comic named Li’l Folks, which featured characters similar to the Peanuts cast. According to a 1965 article in Time magazine, Schulz said: “I wanted to keep Li’l Folks. I wanted a strip with dignity and significance. ‘Peanuts’ made it sound too insignificant.”

The Peanuts name came about due to United Feature Syndicate’s concerns over copyright infringement, due to the previously published Li’l Abner and Little Folks comics. An editor at the syndicate suggested the name, and regardless of Schulz’s reluctance, it stuck.

5. Schulz used inspiration from his own life The comic was most likely set in Minneapolis, the hometown of Schulz. This is based on the fact that Charlie Brown once stated his address as 1770 James Street, which was a few houses down from Schulz himself. The comic also makes allusions to California locations, where Schulz moved in 1958.

The characters also see influences from his life. Charlie Brown’s parents, like Schulz’s own parents, are a barber and housewife, while Peppermint Patty was based on his cousin, Patricia. Snoopy is said to be based on a childhood dog Schulz had, though it was a pointer, not a beagle.

Visit our animation art website for more information on our collection of animation-based artwork. 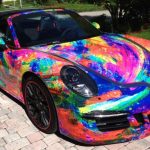 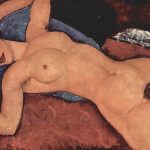