“Art can make a difference.”  Those were the words of Park West Gallery’s Founder and CEO Albert Scaglione as he kicked off a weekend of live-streaming online art auctions to benefit the ongoing humanitarian crisis in Ukraine starting on Friday, March 11.

Scaglione’s words were quickly proven true. By the time the weekend was over, Park West had raised more than $500,000 for the Ukrainian Red Cross, which has been providing much needed aid and assistance to families on the ground in Ukraine. 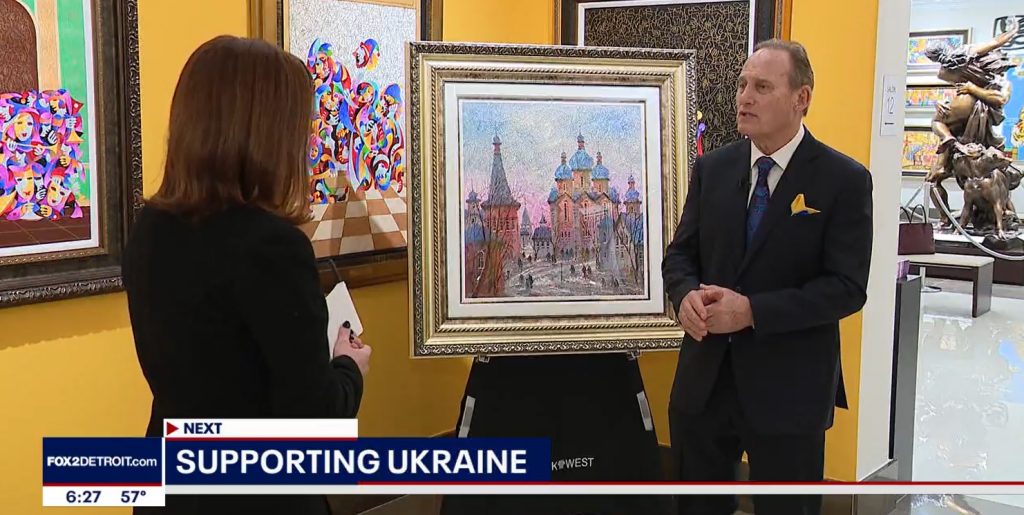 “We were completely knocked out by the response we received,” said Scaglione. “I’ve never seen our collectors so enthusiastic and engaged about an auction. Everyone was incredibly passionate about helping the Ukrainians during this dark time.”

The online art auctions featured a wide variety of classic and contemporary artists, many of whom had personal ties to Ukraine and Eastern Europe. 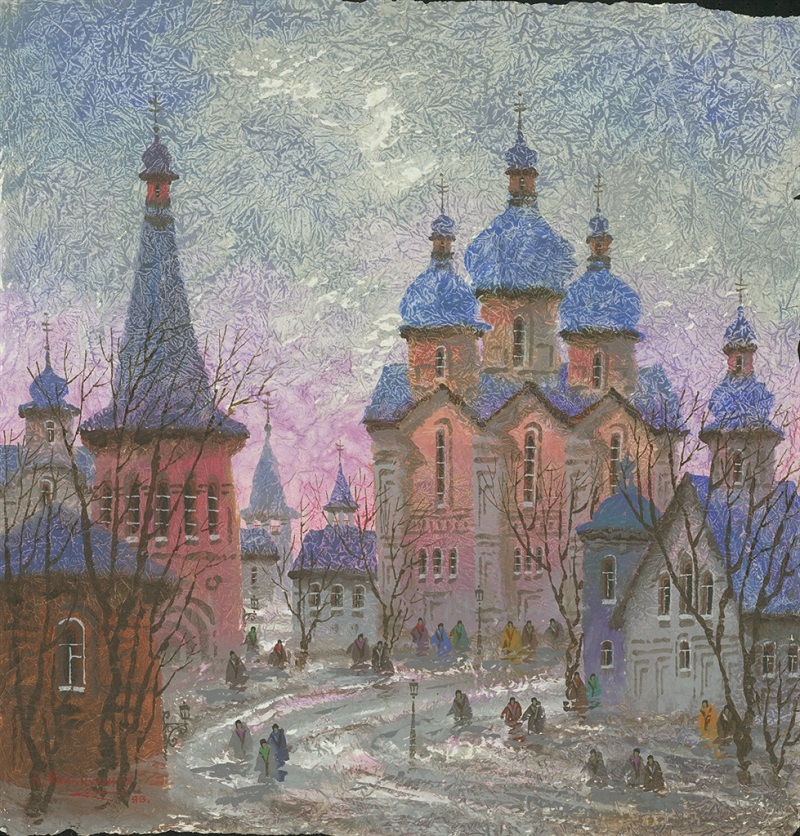 Park West auctioned off the painting “Kyiv Red Sunset” by artist Anatole Krasnyansky, who was born in Kyiv. Krasnyansky was one of the Ukrainian artists featured at Park West’s online auctions to benefit relief efforts in Ukraine.

The auctions unveiled works from two acclaimed artists from Romania—the former child prodigy Alexandra Nechita and the late abstract artist András Markós. The online collector response to Nechita was incredible, and her works fetched over $150,000 for the Ukrainian Red Cross, the highest total of the auction. Markos was similarly embraced by the collectors, bringing in over $60,000.

Art superstar Mark Kostabi—who comes from Estonian roots and was a contemporary Andy Warhol and Jean-Michel Basquiat—was also extremely popular with the online collectors. His published painting “The Eternal Now” and a limited graphic edition of “The Eternal Now” with hand-signed drawings brought in over $60,000 for the Ukrainian Red Cross. 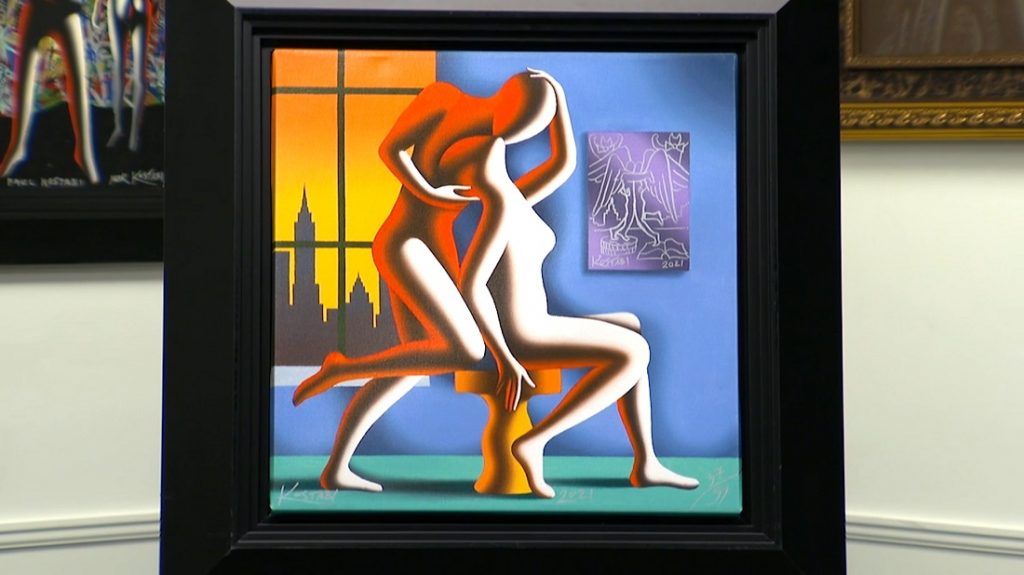 The limited edition of Mark Kostabi’s “The Eternal Now” was a big hit during the auction weekend.

Also notable were select works from the Park West Museum collection, which included etchings from the great Rembrandt van Rijn. “We had originally only planned on offering one Rembrandt etching for the charity auction,” said Scaglione. “But there was such an overwhelming demand from our collectors that we ended up making eight Rembrandt works available, which brought in more than $40,000.”

Among the other artists featured, more than 25 works from Israeli icon Yaacov Agam were sold for over $40,000, and works by American artists James Coleman and Autumn de Forest brought in a combined total of over $50,000.

By the time the final gavel dropped on Sunday, March 13, Park West had sold over 470 works in support of the Ukrainian Red Cross, raising more than $500,000—an amount that surprised and delighted everyone in attendance. 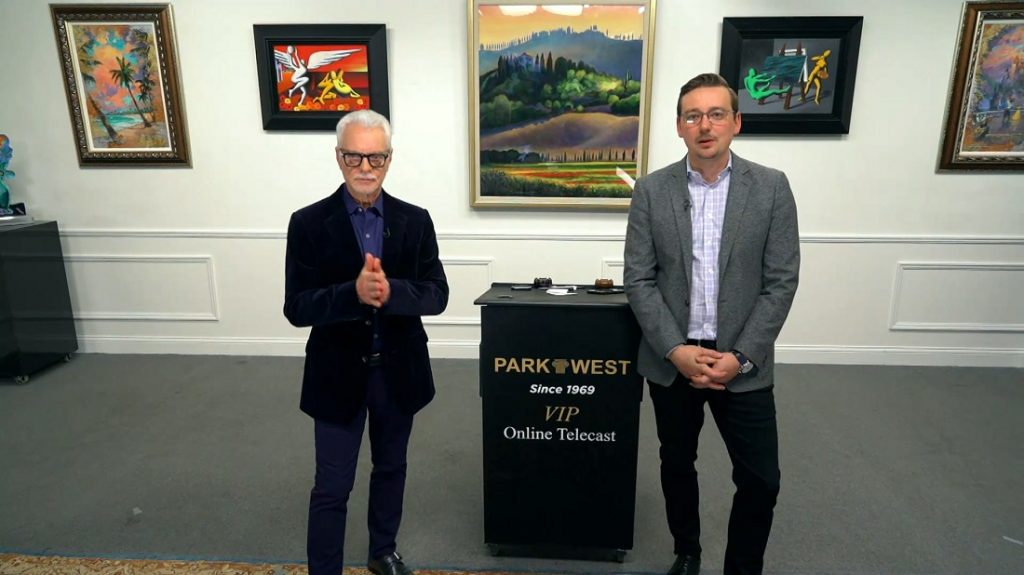 “I knew that our collectors had big hearts, but I was truly humbled by how warmly they embraced this cause,” said Scaglione. “We have a long history of working with Ukrainian artists and we have several Ukrainian employees too, several of whom are currently in their home country in a very unfortunate situation. So, we have some skin in this game, and it was important to us to step up and show what the art community can do in this time of crisis.”

You can find more information about the Ukrainian Red Cross and their mission along with links to donate directly to their efforts here: https://donate.redcrossredcrescent.org/ua/donate/~my-donation 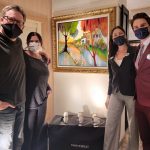 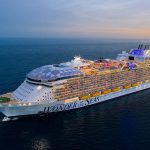 Onboard the Largest and Most Cutting-Edge Cruise Ship at SeaArt & Gallery News, Cruise Art Auctions at Sea