Picasso and the Allure of Language

DURHAM, NORTH CAROLINA — The Nasher Museum of Art at Duke University presents Picasso and the Allure of Language, a groundbreaking exhibition examining Pablo Picasso’s lifelong relationship with writers and the many ways in which language affected his work.

Picasso and the Allure of Language comprises some 60 works in all media by Pablo Picasso, as well as select examples by fellow artist Georges Braque, and photographs, letters, manuscripts and book projects by a diverse group of artists and writers. Together, these works illuminate Picasso’s deep and multidimensional interest in writing and language, and challenge the notion of what have been considered highlights of his lifetime of work.

Picasso’s love affair with words began soon after his permanent move from his native Spain to the bohemian Montmartre section of Paris in 1904. It was there, in his studio at the “Bateau-Lavoir” that he formed ardent friendships with a circle of important French writers and poets.

Picasso himself turned his hand to writing in 1935 and over the course of 24 years wrote hundreds of poems and two full-length plays. From the late 1920s to about 1950, he also produced strikingly innovative work for numerous illustrated book projects, challenging traditional notions of the relationship between image and text.

Park West Gallery recently launched a website dedicated to the master, Pablo Picasso. Visit picasso.parkwestgallery.com — and be sure to comment below with your feedback! 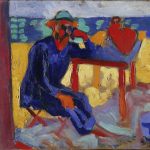 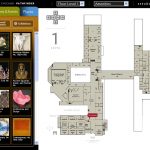