How Peter Nixon Brings Classical Painting into the Modern Era

Peter Nixon’s art is breathtaking and luminous, beautifully blending the contemporary with the classical. His unique “Sketch Style” utilizes a series of working alterations left visible in each image, creating a dynamic sense of movement across his compositions.

Nixon is known as a “painter’s painter.” He paints classical subjects using classic techniques. His oil paintings are compositionally brilliant, and he often uses models to help him ideally capture the female form. 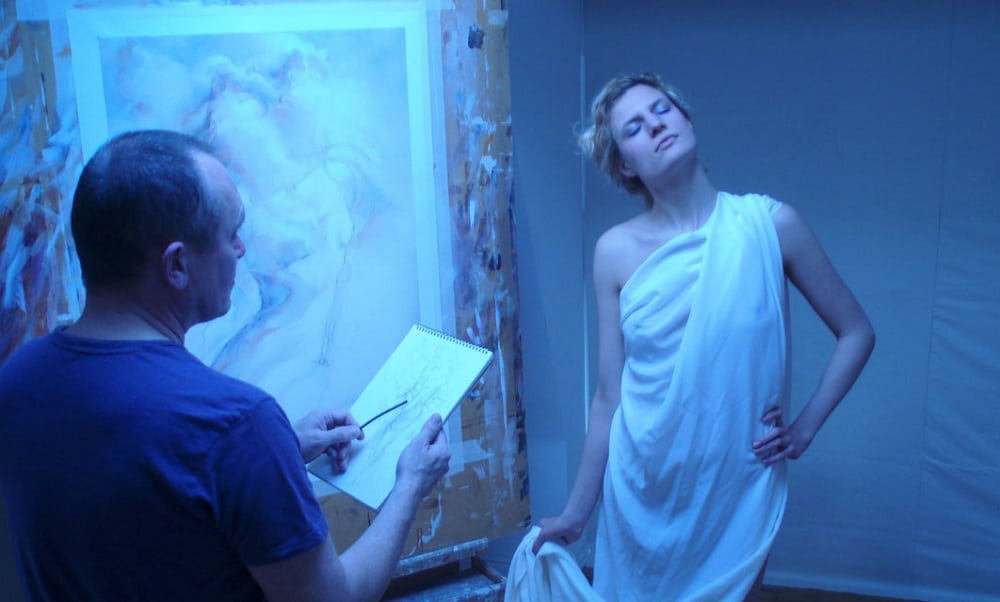 Peter Nixon working with one of his artist’s models.

A student of art history, Nixon spends as much time visiting museums as he does painting. He was inspired to become an artist at age 9 after seeing Leonardo Da Vinci’s masterpieces at London’s Royal Academy. 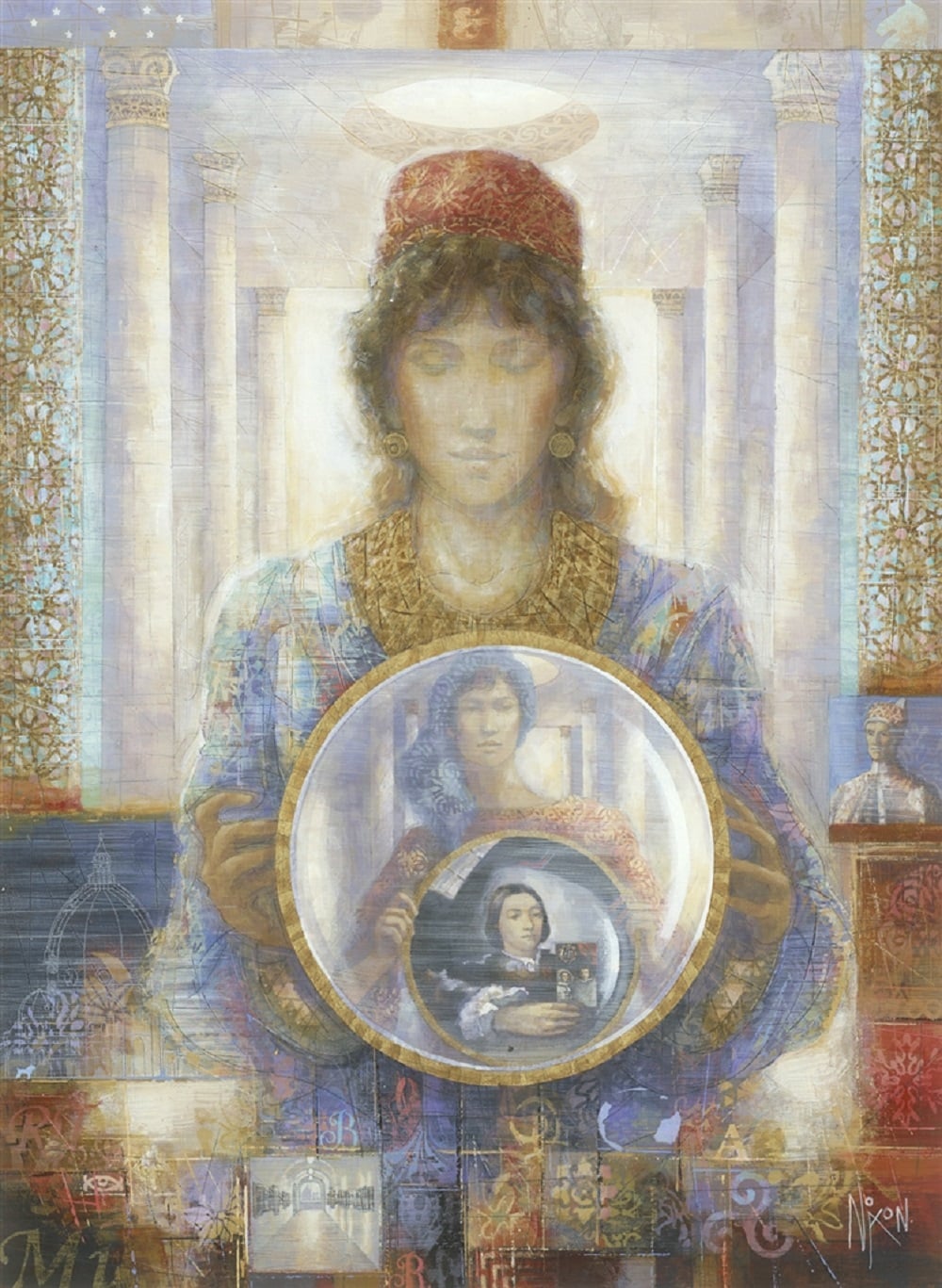 Every artwork he creates is a joyous homage to the best of art history. Nixon is strongly influenced by classical artists, ranging from Raphael to Rembrandt, and expertly creates tributes to their masterworks within his art, overlaying them over his own portraits of timeless goddesses. 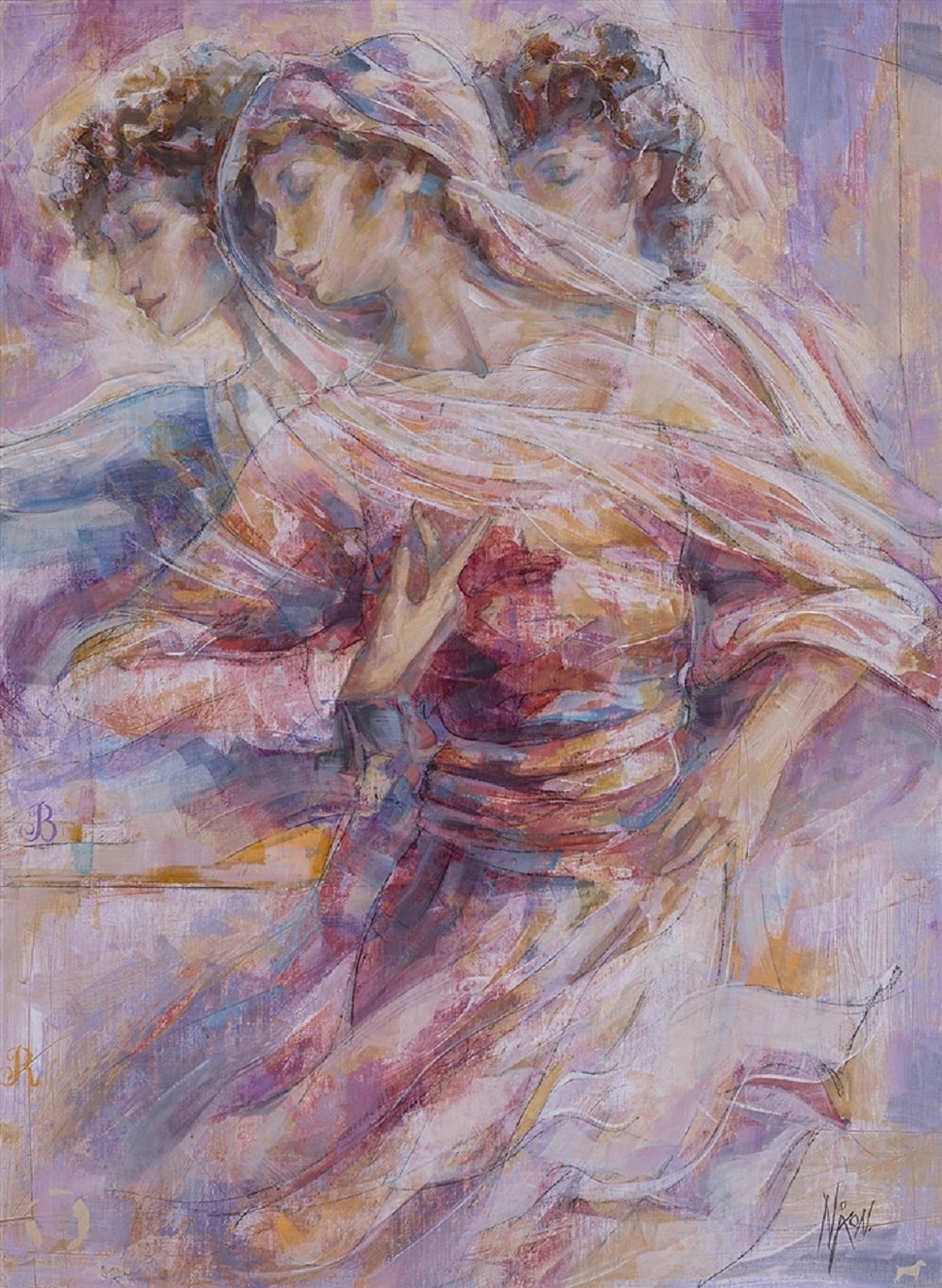 In the words of Park West Gallery Director Morris Shapiro, “Peter loves to paint. The act of applying pigment to the canvas delights him, and he never grows tired of its tactile pleasures.” 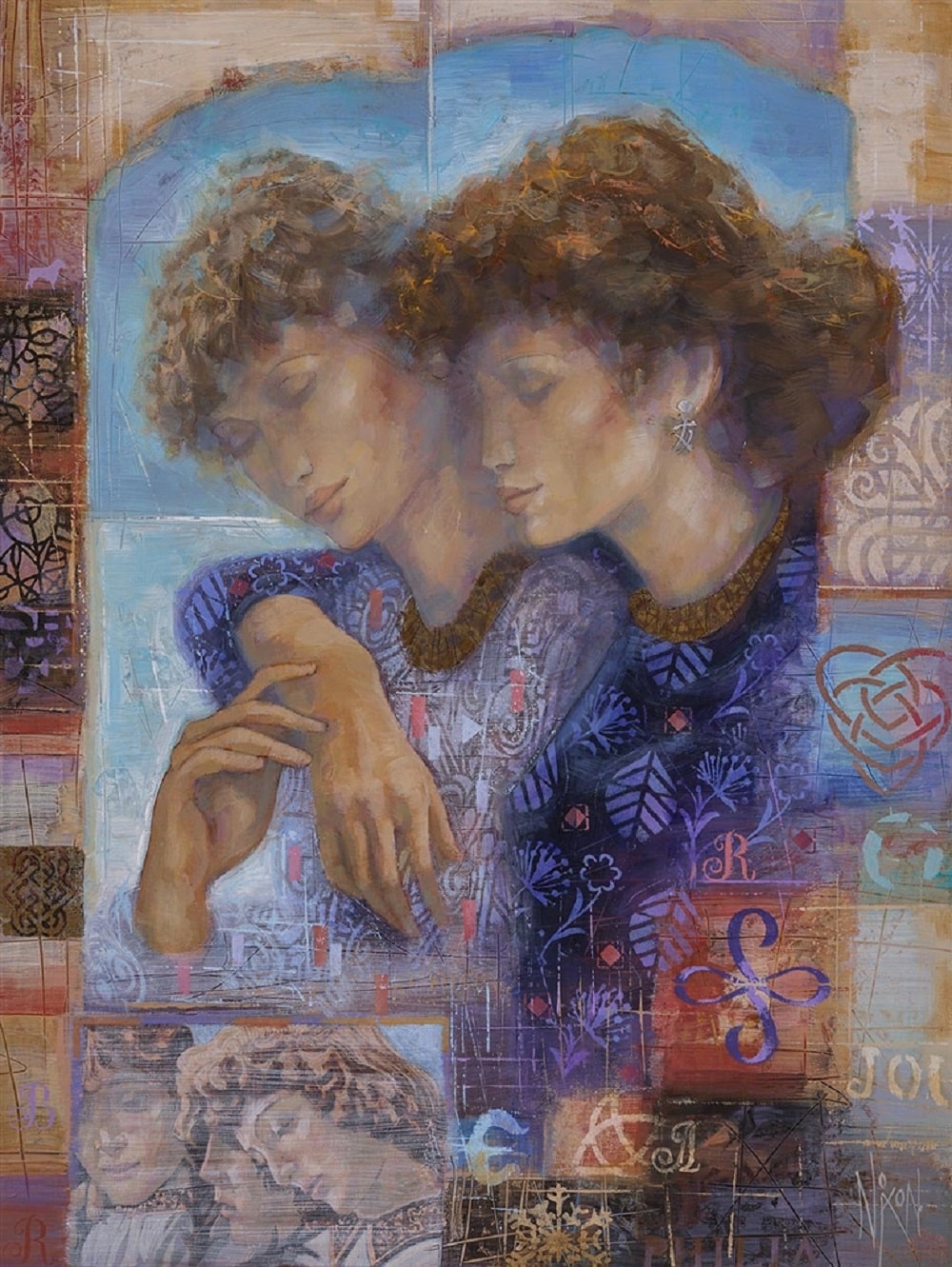 In fact, in every painting he creates, Nixon includes a silhouette of himself wearing a Rembrandt-style cap as a signature element. His enthusiastic collectors study each new work he creates, searching for Nixon’s “cameo” profile.

As an artist, Nixon aims to interpret visual history in layers, drawing connections between the past and present. To this end, he extracts inspiration from Greek and Roman mythology, bringing its ancient symbolism to life. 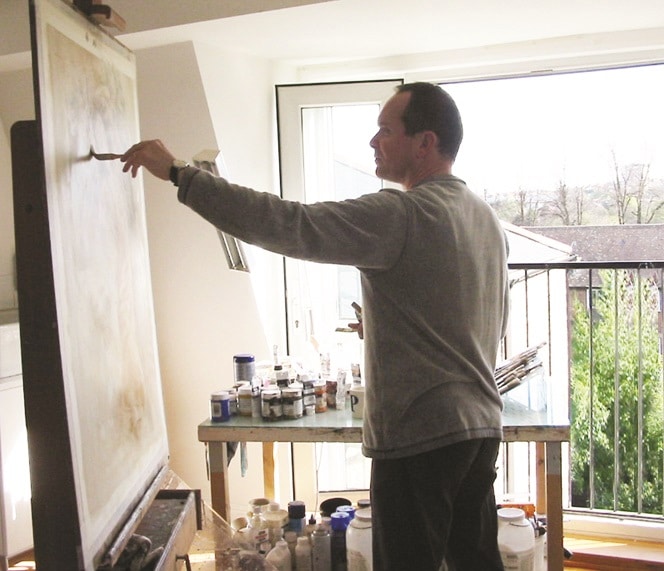 His artwork has an ethereal quality, reminiscent of etching. Nixon was an etcher early in his artistic career, and he strives to capture the same distinct line quality of etching in his paintings.

His unique style involves building up transparent layers of color over color, line over line, in the same method employed by Renaissance painters. Nixon is a true “Renaissance Man,” in both his personal and professional life, and his artwork beautifully brings something new to the world of art history.

If you’re interested in collecting the art of Peter Nixon, attend one of our exciting online auctions or contact our gallery consultants at (800) 521-9654 ext. 4 or sales@parkwestgallery.com 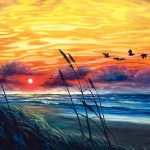 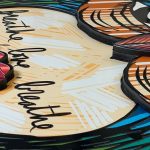