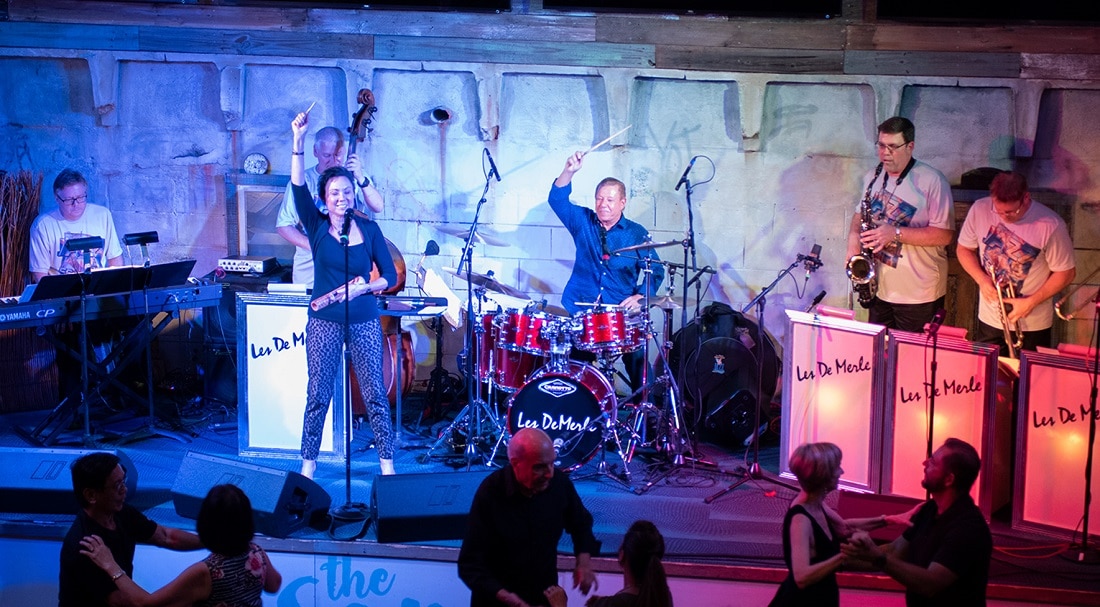 Legendary musician Wynton Marsalis once said, “Jazz music is America’s past and its potential, summed up and sanctified and accessible to anybody who learns to listen to, feel, and understand it.”

Thousands of music fans were treated to a deeper understanding of jazz last month at the 2019 Amelia Island Jazz Festival, a Florida music festival now celebrating its sixth year.

Park West Gallery is a long-time sponsor of the festival and, since 2013, a different Park West artist has been selected every year as the fest’s “official artist.” This year, that artist was acclaimed English artist Peter Nixon. 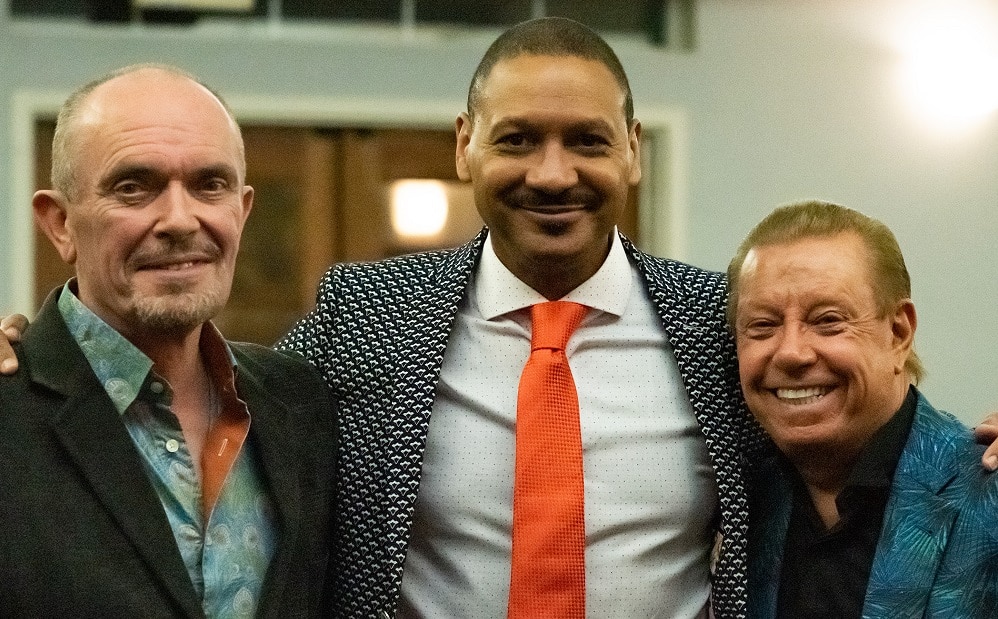 Past Amelia Island artists have included Alfred Gockel, Tim Yanke, and Marcus Glenn, among others.

Nixon was thrilled to be chosen to design this year’s artwork, which was used for posters, tickets, and all other marketing materials for the event. 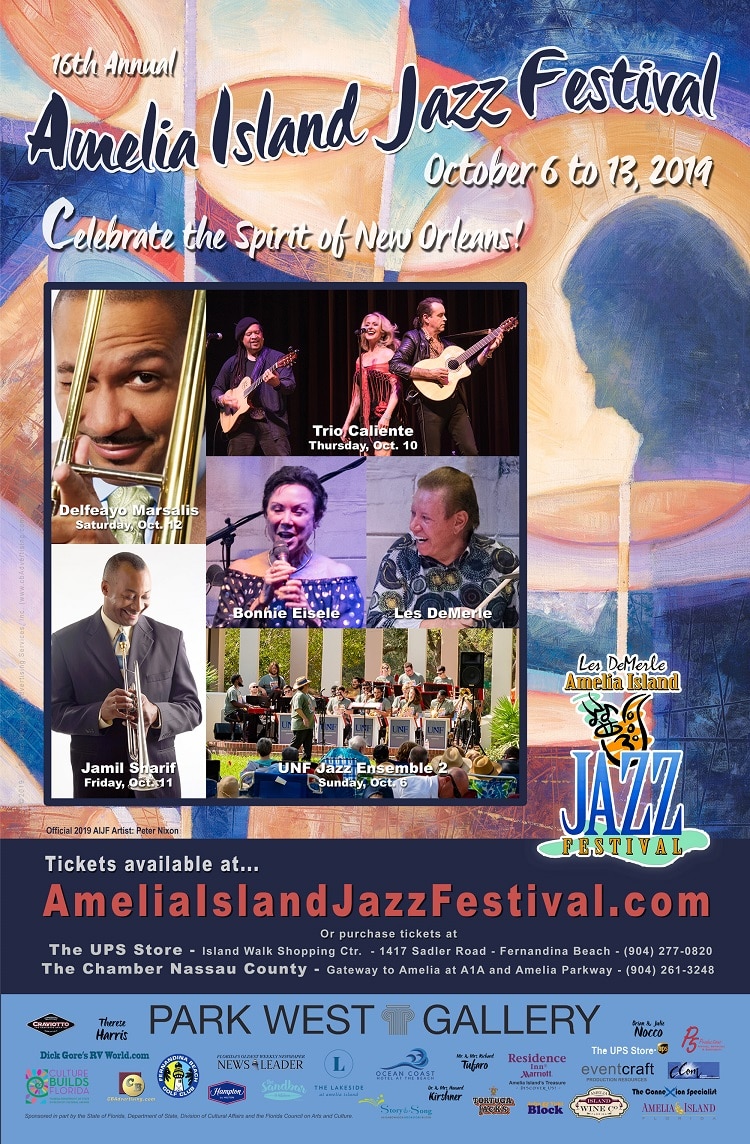 The poster for the 2019 Amelia Island Jazz Festival.

Nixon told the organizers, “I love to listen to jazz in my studio, but it isn’t quite as exciting as seeing jazz in a live setting. Hearing jazz musicians on a record, nonchalantly throwing around intricate musical ideas, is exciting on a cerebral level but a live experience is physical, almost visceral.”

Nixon created a special work of art for the 2019 festival titled “Elliptical Rhythms,” which he presented in-person to festival co-founder Les DeMerle.

However, after experiencing the festival, Nixon requested that the painting be sent back to his studio in England. The artwork, as originally composed, only contained a silhouette of DeMerle, but Nixon decided that he also wanted to add a second silhouette of Bonnie Eisele as well. Nixon said, “After seeing them together on stage and off, I realized that Bonnie had to be added to the painting.” 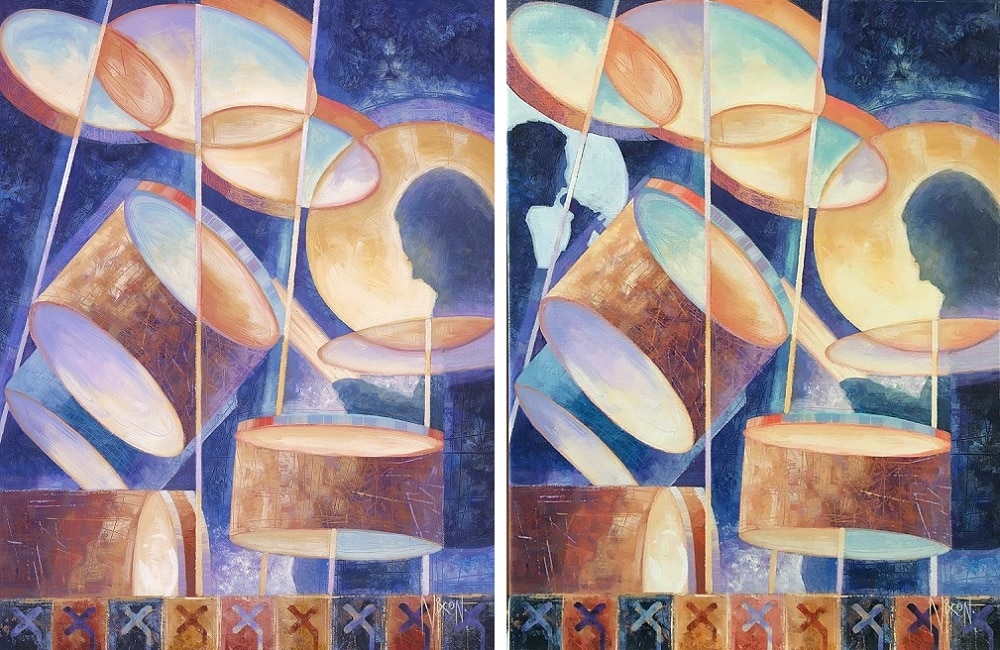 The “before” and “after” of Peter Nixon’s official artwork “Elliptical Rhythms.”

All of the proceeds from the annual festival go towards funding music education for children and seniors. The jazz fest also awards one scholarship each year to a promising high school music student.

Nixon’s final painting will be auctioned off later this year by Park West Gallery with 100% of the proceeds going to the festival and its scholarship fund. 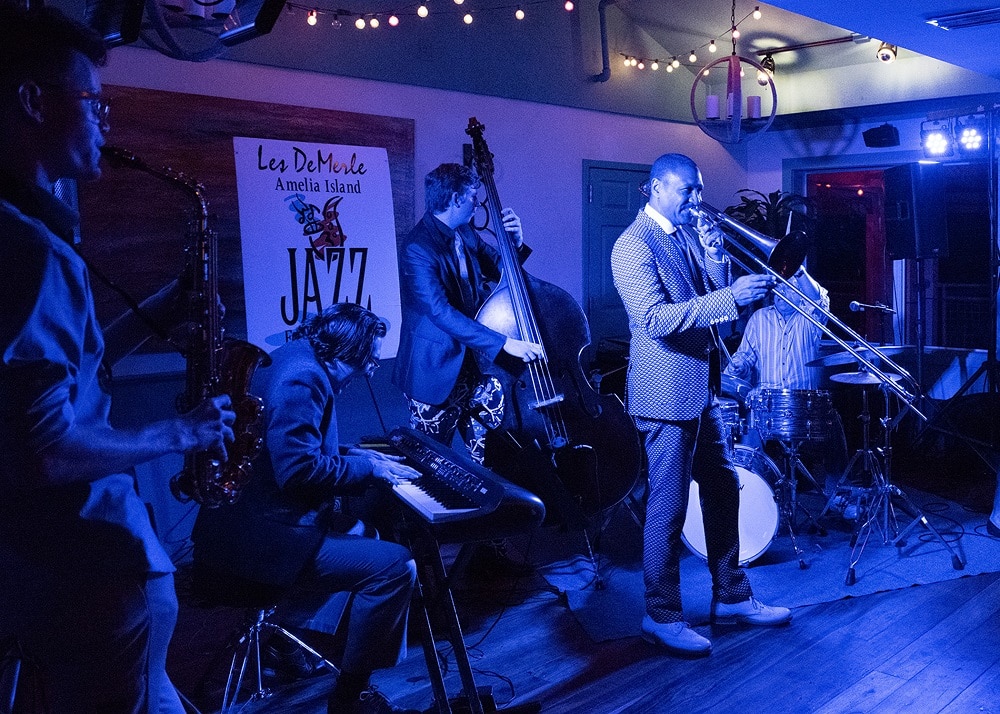 Delfeayo Marsalis at the Late Nite Jam at “Dizzy’s Den.” Also featured are John Brown on sax, Daniel Tenbusch on piano, Sam Lobey on bass, and Les DeMerle on drums.

“It’s been a great honor to be a major sponsor of the Amelia Island Jazz Festival and to contribute to the support of music education,” says Park West Gallery Director Morris Shapiro, a musician himself. “Education in all the humanities is so important in our schools these days, especially the fostering of an original American art form like jazz. We need to keep it alive and fresh for generations to come.”

You can learn more about the Amelia Island Jazz Festival here.

If you’re interested in the artwork of Peter Nixon, contact our gallery consultants at (800) 521-9654 ext. 4 or sales@parkwestgallery.com 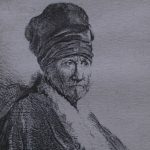 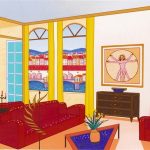