The passionate performance was held during the Farmington Musicale’s 50th anniversary concert on April 17, and was something of a homecoming for the musician. He credits the music club as being influential in his music career thanks in part to the club’s scholarship program.

“Everybody involved in [Farmington Musicale] is so passionate,” he said. “It was such an amazing thing for me going through high school to have the option and opportunity to play both in a competition setting – which is fantastic from an educational perspective – and also to receive a scholarship.”

Farmington Musicale recognized Park West Gallery during the concert for inspiring this passion in music students for the past decade, as the gallery has financially supported music scholarships with the club since 2006. Anne Greenstein, chairwoman of Farmington Musicale’s summer scholarship program, says one of the club’s goals since it formed in 1965 has been to support music students. The club first received assistance from Park West Gallery in 2006 when it sponsored all the seventh- and eighth-grade category winners in the Musicale’s student competition.

In 2007, the club began its Summer Workshop Awards program to provide scholarships to students affected by financial hardships to attend summer workshops. Students are recommended by teachers who belong to the club, and through a lottery system, scholarships are awarded to students. The workshops have included Schoolcraft College’s Piano Camp, Adventures in Chamber Music and the Michigan Opera Theatre’s Operetta Workshop.

“Of the 25 students that the club has sponsored, Park West Gallery has paid for the tuition of about 60 percent of the students,” said Greenstein. “Each student has benefited from these musical opportunities.”

Lisa Hershberger, a Gallery Consultant at Park West Gallery, accepted a certificate of appreciation from the club on behalf of the gallery during the performance. Musicians who performed at the Farmington Musicale 50th anniversary concert

The anniversary concert treated guests to four musical performances. The first was from a trombone ensemble made up of members of the Farmington Community Band, followed by vocalist Christine Masell and accompanist Justin Snyder, who wowed the audience with seven pieces.

The afternoon also featured a performance from Naomi Yamaguchi, a, 11-year-old piano prodigy who attends school in Rochester Hills, Michigan. Her Carnegie Hall debut took place when she was 7 years old, and she enjoys sharing her gift with the community. The Musicale audience was treated to four magnificent interpretations of pieces from composers such as Beethoven and Chopin.

Baxtresser, who was named The Tuesday Musicale of Detroit’s 2013 Artist of the Year, finished the concert along with his long-time accompanist, Mary Behnan. “We are pleased to add our voice thanking them for the many ways in which the Farmington Musicale has touched and enriched not only its loyal participants, but also the community at large,” Greig said. 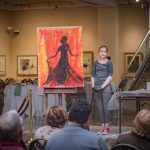 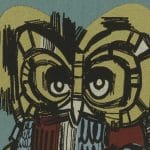