Tall, distinguished, quiet and yet, Simon Bull is anything but unassuming. There’s a stillness to him that runs at full speed. There’s a calmness to him that rages. Clearly a powder keg, keen eyes and a sly smile forewarn fireworks sure to burst, but when?

Caught up in his pleasant reserve, Simon Bull presents nothing but a puzzle box fuse – and then he paints. Setting his surroundings ablaze with brushstrokes, Simon Bull is an electric interpreter of an eclectic resolve, and it’s little wonder that his recent cruise aboard the Celebrity Infinity kicked off with a fire drill.

A professional painter for the past 30 years, Simon Bull is a world respected artist. His accolades are numerous and well-earned. His reputation as a top notch image maker runs through the UK and across the pond, and this summer extended all the way to the north!

There are few better ways to see the Inside Passage than by sailing past in a luxury liner. While many eyes were affixed to windows and whales, Infinity guests found similar wide-eye wonders aboard. Sponsored by art world power house, Park West Gallery, Simon Bull’s amazing cruise produced a fleet of new and renewed art enthusiasts.

Just as avid about the outdoors as the average Alaskan bound cruise passenger, Simon Bull explored the first port of call, Sitka, with a camera in hand. While his evening engagements included a painting demonstration during dinner in the dining room, his daytime devices were left to the wilds of wilderness. An artist who captures the inherent inspiration of any given subject, be it a vibrant flower or a simple heart, Simon Bull stunned his audience during his first painting demonstration, seeming to capture nothing short of the American spirit.

What did he paint? An icon loses something when reduced to a common name. Simon Bull painted an eagle.The sentence runs cold in common text of black and white; nonetheless Simon Bull painted an eagle that was nothing short of a wonder. Waterfalls of blue and red erupted around the drama of a white headdress of plumes and a steely grey gaze. Seeing the national bird of the United States in a mix of untouched evergreens and purple mountain majesty is a highlight of the Alaskan experience. It encompasses more than a snapshot might convey.

A wildlife artist as well, might simply render, but virtuoso Simon Bull bridged reality to the intangible. He gave form to a feeling; he enabled a flat surface to speak, and that evening seemed oddly quiet as dinner guests strained their eyes to hear.

It didn’t stay quiet. The end of the evening was abuzz with applause and admiration. The paint still wet, bids already resounded in the ear of the onboard auctioneer who hadn’t even offered the work for sale. Ten thousand was the first offer; the hammer finally fell at twenty-six.

Simon Bull completed four paintings aboard Infinity. More were offered from the already amazing collection of the onboard Park West art gallery. Not everything went at twenty-six thousand, it didn’t have to; the beauty of the world’s largest art dealer (Park West) is its ability to demystify and secure the art market for everyone. A great success, Simon Bull’s cruise aboard the Infinity was more than a windfall; it was a window of enrichment.

Artwork in the making is rarely seen, and the birth of a masterpiece is even harder to find. Truly the cruise of a lifetime, guests aboard the Celebrity Infinity sailed through the wonders of the last frontier and similarly experienced the magic potential of man’s inner vision. Turned into a collector or inspired in personal pursuits, those privy to Simon Bull’s cruise returned home in Celebrity style, along with a potential for newfound takes on visual expression.

The inner fire of Simon Bull never set the ship ablaze, but it did bring the house down. Ever humble, Simon Bull took special time to forge relationships extending beyond a photo op or dedication. A church group commissioned a front piece for their following, a businessman commissioned a gift for a prince of a faraway kingdom. A school teaching couple requested the artist’s interpretation of the following, but not limited to: swirling, whirling, red, blue, cubes, dancing…and maybe some botanicals. Simon Bull never flinched; he has no reason to second guess or doubt himself.

Every challenge is another opportunity for great vision and Simon Bull is the man to create just such a view. 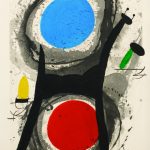