Born on April 20, 1893 in Barcelona, Spain, Joan Miro is remembered as one of the greatest Surrealist artists that ever lived.

In fact, Andre Breton, the Surrealist movement’s founder and proponent, described Miro as “the most Surrealist of us all.”

Miro’s works are easily recognized because of their bright colors and child-like qualities, and a selection of his artwork is offered by Park West Gallery.

Miro’s fame and recognition became international during the 1930s while he was living in Paris and developing his own unique style of imagery derived from elements of Catalan folk art, the art of children and randomness.

In the mid-1940s Miro returned to his homeland of Spain and began to experiment with many forms of media including lithography, etching, ceramics, sculpture and murals. He became one of the most prolific creators of original lithographs and etchings and innovated the techniques of etching through the use of highly textured applications of color, a technique that would later be called carborundum aquatint.

Miro visited the United States for the first time in 1947, and his artwork was the subject of many important museum exhibitions including two at the Museum of Modern Art in New York in 1951 and 1959. Miro settled in Majorca, Spain in 1956, and his studio there was eventually transformed into the Miro Museum. On December 25, 1983 Joan Miro passed away in Majorca, Spain at the age of 90.

While Miro may be gone, his memory lives on. Today he is viewed by the art world as one of the most important artists of the 20th century. 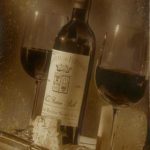 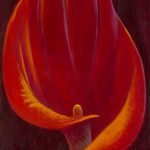