From left to right: “Puppy Flower,” “Royal Bear,” and “Royalty” by Romero Britto

Romero Britto is an artist who’s never been afraid of exploring new mediums. During his illustrious career, he’s created everything from paintings to Absolut bottles to Super Bowl shows.

But, when Britto released a limited-edition sculpture titled “Lovely Dog” in 2018, it was an eye-opening moment for his collectors.

“It sold out almost immediately,” says Park West Gallery Director David Gorman. “Britto fans couldn’t get enough of ‘Lovely Dog,’ and it made us aware that there is a huge demand for three-dimensional imagery from Britto.” 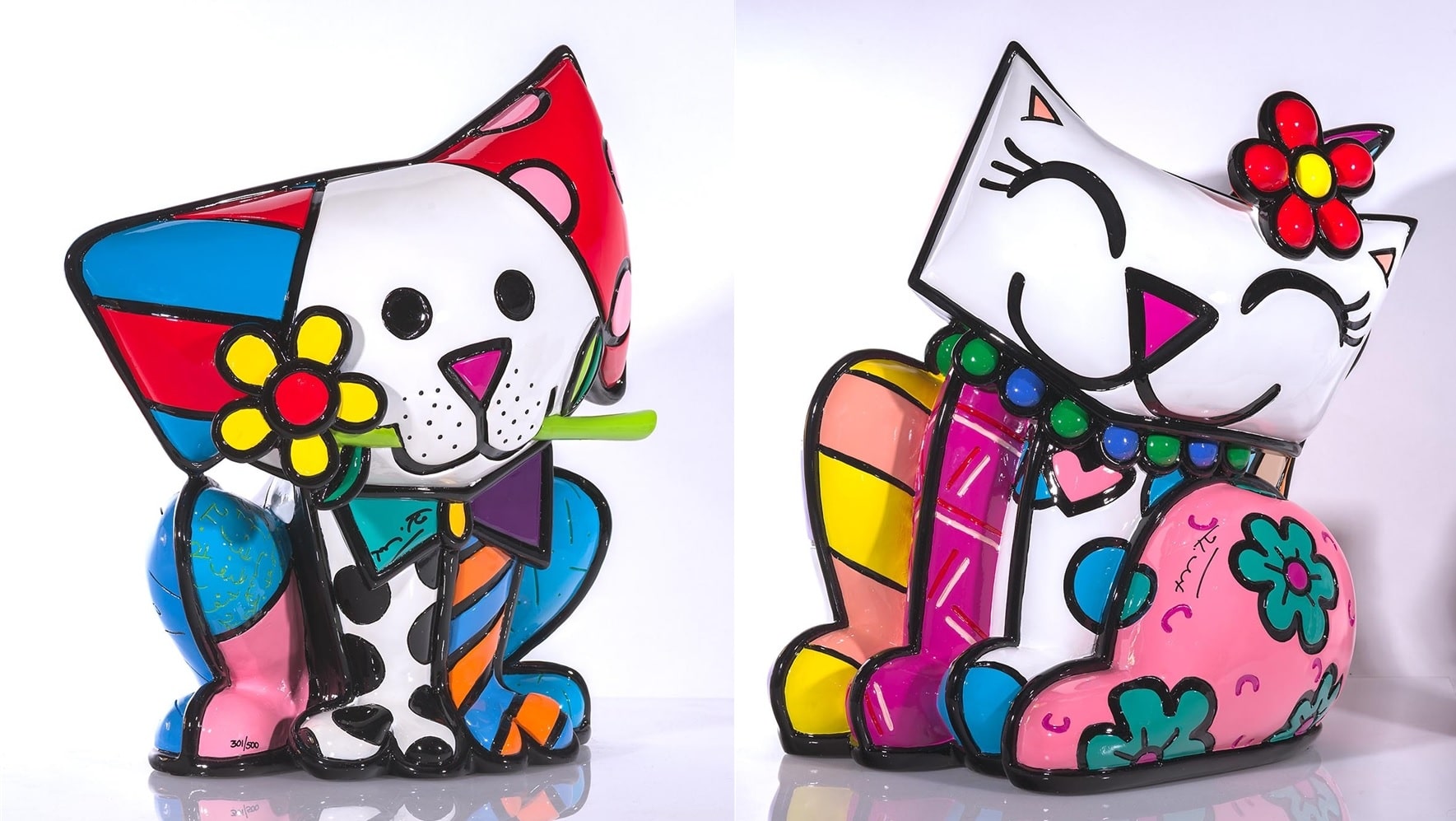 From left to right: “Yellow Flower” and “Red Flower” by Romero Britto

Thanks to that overwhelming public interest, Britto released a collection of sculptures through Park West—sculptures that bring to life some of the artist’s most famous designs. 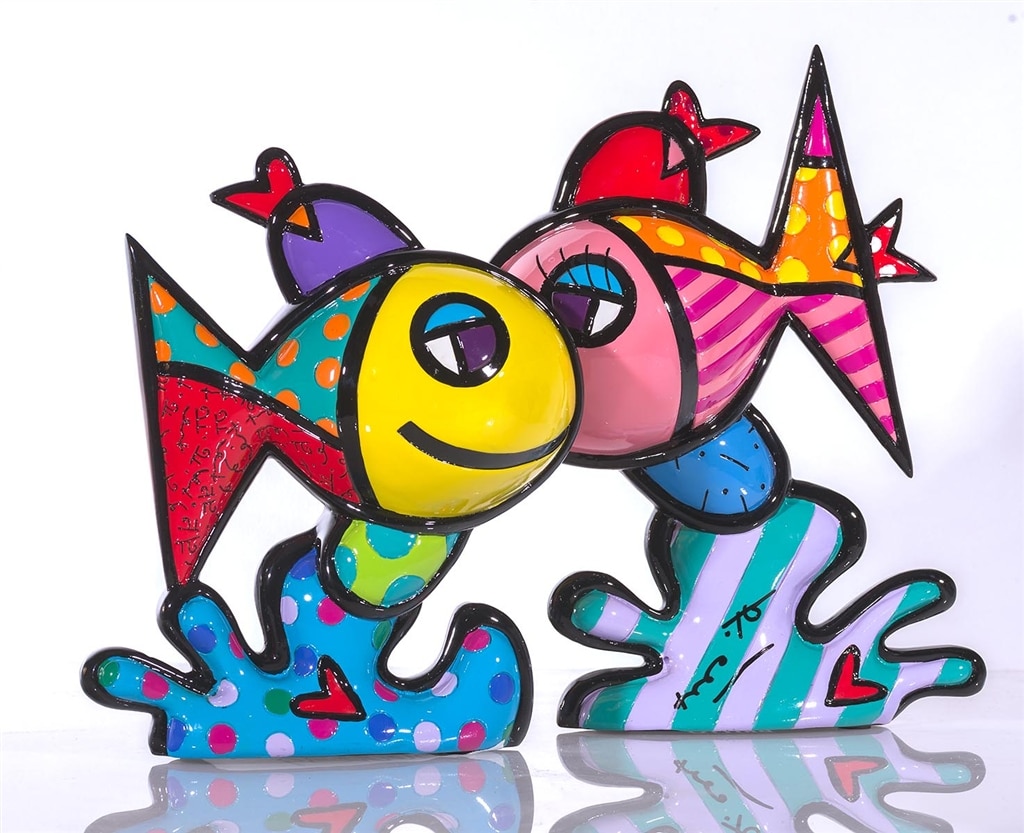 Many of these new sculptures were inspired by Britto’s grand-scale sculptural installations all over the world.

His sculpture “Royalty”—featuring a regal, crown-wearing pig—is similar to the enormous sculpture Britto designed for the headquarters of NetDragon Websoft in Fuzhou, China. (A particularly appropriate design since 2019 is the Chinese Year of the Pig.) It is his largest commissioned sculpture in Asia to date. 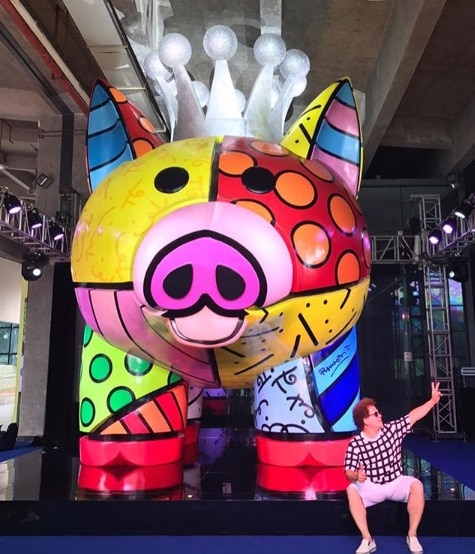 Romero Britto posing in front of his sculpture in Fuzhou, China. Credit: Instagram

Britto’s new “Royal Bear” sculpture captures the same spirit as his huge “Best Buddies Friendship Bear” installation, which was gifted to the city of Berlin, Germany by Eunice Kennedy Shriver in celebration of the long friendship between U.S. President John F. Kennedy and Berlin. Today, the “Friendship Bear” stands directly across from the famous Berlin Wall, which attracts over 1 million visitors each year. 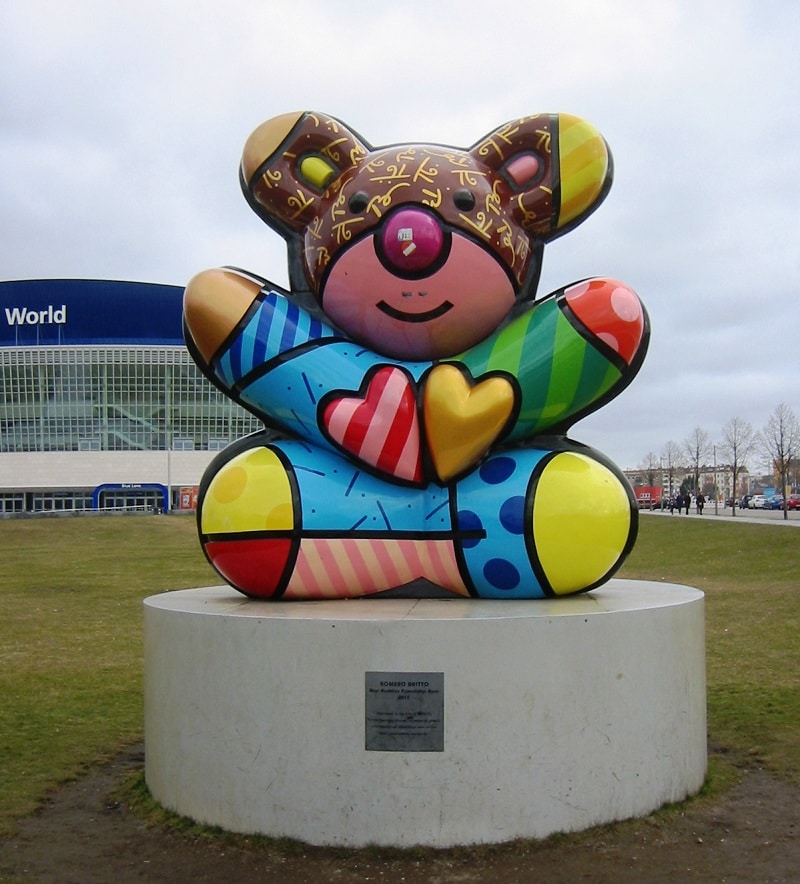 It’s not surprising that Britto has one new cat (“Red Flower”) and two new dog sculptures (“Yellow Flower” and “Puppy Flower”) in this collection. Those animals are among Britto’s most frequent subjects. The artist also has statue-sized dog and cat sculptures featured in New York City, Washington D.C., and other locales around the globe.

“Dogs and cats to Romero Britto are like soup cans and Marilyn Monroe to Andy Warhol,” says Gorman. 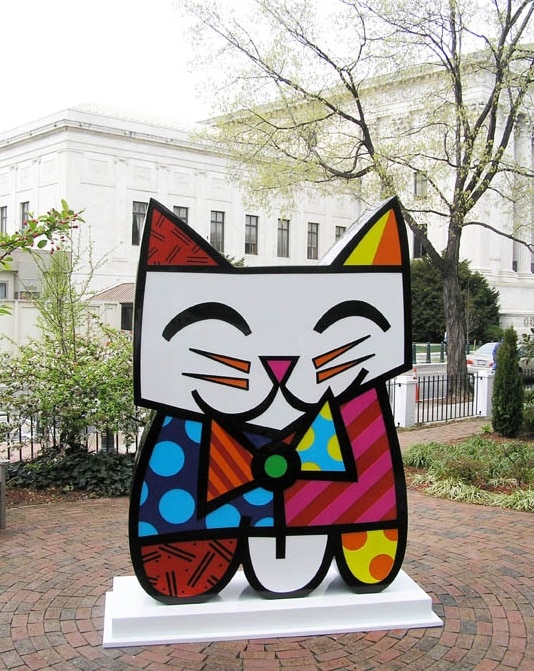 Britto’s “Deep Love” brings to life his famous “kissing fish” motif, which has been appearing on his artwork and merchandise for years. The artist has created large “Boomfish” sculptures in the past, which can currently be seen in Singapore, Switzerland, and other locations. 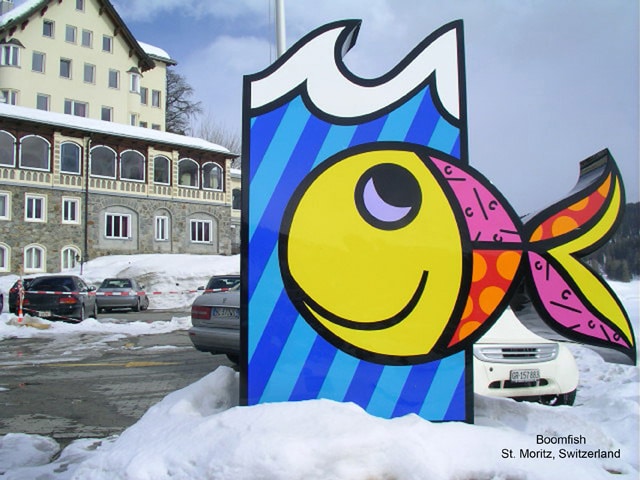 “These new works all capture the joy and optimism of Britto’s best works,” says Gorman. “They also allow collectors to experience Britto’s sculpture at a scale they can enjoy in their own homes, which is really something special.”

If you’re interested in collecting these sculptures or any of the works of Romero Britto, attend one of our exciting online auctions or contact our gallery consultants at 1-800-521-9654, ext. 4, or sales@parkwestgallery.com 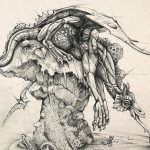 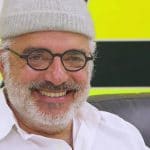