Park West Gallery changed the course of art history forever, and the history of two nudist truck drivers from Tennessee.

One of my first assignments as an auctioneer with Park West was on a ship that had been chartered for a nudist cruise. The charter client was an independent group that organized nudists from all around the world for a cruise which by anyone’s standards was very…free spirited.

Nearly all the guests were either partially or fully nude, all day long. Some were old, some were young, some were fit, some were not so fit, but everyone was completely uninhibited.

For a small town boy from the Midwest, this was one of the most outrageous things I had ever experienced. In the end, I ended up being humbled by the kindness, generosity, and tastefulness of the nudist movement, and having made several friends who are foes of clothing.

Many people became collectors that cruise, and it ended up being a very enlightening time for me. I’m so conservative that I shower wearing a full suit — so I am not joining a colony anytime soon — but one of the great joys of travel is stepping outside your comfort zone, so I appreciated the experience. My favorite memory is of a couple named Bill and Julie. I will never forget them as long as I live, and I try to tell their story to as many people who will listen.

Bill and Julie are over-the-road truck drivers from Tennessee. They happen to also be naturalists (nudists) in their spare time. They fell in love with the history and importance that surrounds the art of world-famed artist Peter Max. All cruise long, we spoke of Peter Max and reviewed The Art of Peter Max book, by Dr. Charles Riley III, cover to cover. I told them of Max’s accomplishments, which among other things includes how he evolved from a visionary pop artist of the 1960’s to a master of neo-expressionism, and how his techniques of vibrant color have become a part of the contemporary American culture.

In his global causes, Peter Max is a passionate environmentalist and defender of human and animal rights. Max often uses American symbols in his artwork and has done paintings and projects for Presidents Ford, Carter, Reagan, Bush, and Clinton. In 1994, Max created a “Peace Accord” painting for the White House to commemorate the historic signing. Max has completed his fourth Grammy Award poster, redesigned NBC television’s symbolic peacock, was appointed as the official artist for 5 Super Bowls, the World Cup USA, the U.S. Tennis Open, and the NHL all-star game. He created six poster images in response to the September 11th attacks, the proceeds of which were donated to the September 11th, Twin Towers, and Survivors relief funds.

Of course, Bill and Julie were impressed by Max’s background, and even more importantly they could see the value in collecting an artist such as Peter Max. They ended up collecting a mixed-media work by Max – and as it turned out – a lot of other art as well. Their biggest concern was figuring out where to hang the piece. Since they were on the road all the time in their truck, we suggested that they hang it in the “sleeper,” which is the bedroom area behind the cockpit of the big rig they called home. I think there was also some talk of hanging it in one of their parents’ homes until one day they could enjoy it full-time at their own home. I don’t know what became of that piece, but to this day I love to think of it hanging in the back of their 18-wheel home.

For a long time after this cruise I kept in touch with Bill and Julie, and I’m not sure that I ever did enough to tell them how important meeting them and helping them to collect their art was for me. When someone asks – How can you do this? How can you work at sea for so long? – my answer is easy to understand. I get a chance to impact art history and peoples’ lives in a small but special way…How can I not do this?

Everyone knows that for centuries art was primarily for people of influence and means. Park West Gallery has taken art out of the hands of the elite few, and placed it into the hands of people from all walks of life…granting an opportunity, if only on one wall, in one area of their home, for every single person to be privileged.

Park West is bringing privilege to every person and changing the world of art one work of art at a time. Can you imagine if you had told the world 100 years ago that the largest art dealer in the world today would have become so by selling art to – among others – nudist truck drivers? That’s the Park West experience. I’m proud to be part of it. 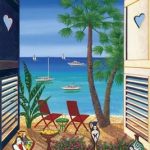 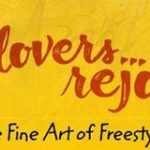