Southfield, Mich., June 4, 2012 — World-renowned artist Itzchak Tarkay died unexpectedly Sunday, June 3 after emergency heart surgery. He was 77. The Israeli artist was visiting metropolitan Detroit as the featured guest at a collector’s event hosted by his dealer Park West Gallery. Tarkay spent his last hours doing what he loved most – sharing his artwork with his fans and collectors. He is survived by his sons, Adi and Itai, and their families.

Itzchak Tarkay was born in 1935 in Subotica on the Yugoslav-Hungarian border. At the age of 9, Tarkay and his family were sent to the Mathausen Concentration Camp by the Nazis until Allied liberation freed them a year later. In 1949, his family immigrated to Israel and was sent to the transit camp for new arrivals at Beer Yaakov. They lived in a kibbutz for several years and in 1951, Tarkay received a scholarship to the Avni Art Academy. There, he studied under the artist Schwartzman and was mentored by other important Israeli artists of the time such as Mokady, Janko, Streichman and Stematsky.

Through his painting, watercolors, drawings and limited-edition works of graphic art, Tarkay was able to reach more than 100,000 collectors worldwide. His studies of women, landscapes and other Israeli-inspired imagery were unique in late 20th Century art and although they clearly bore the indelible stamp of his Israeli roots, they also exhibited the influences of Toulouse-Lautrec, Matisse, Braque and Vlaminck.

During the last 8 years, Tarkay created his art in an atelier in Israel which also housed studios for Israeli artists Yaacov Agam, David Najar, Yuval Wolfson and Mark Kanovich. On December 15, 2010, a painting by Agam sold at auction for $698,000 at Sotheby’s New York, the highest price ever paid for the work of an Israeli artist. Tarkay was the only artist to paint a work together with Agam. Tarkay and Agam created two paintings together, which were each signed by both artists.

For more than the past 20 years, Itzchak Tarkay was exclusively represented by Park West Gallery of Southfield, Michigan. Park West Founder and CEO, Albert Scaglione said of the artist, “Tarkay was a kind and sensitive man, a loving father, and a gifted and talented artist who loved to paint and constantly worked at his art. The many artists who knew and worked with him, the many collectors he touched, the great many friends he had and the family he cared for will all miss him. He left a very special mark in the world of art by sharing his gifts with so many. His imagery has become a part of our public consciousness.” 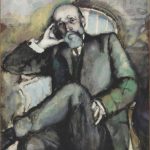 The “Fathers” of ArtArtists & Special Collections