Exploring the Art of Charles Lee

“I have had many hardships as an artist, but nothing
has been able to stop me. As long as I have life
in me, I will paint.” —Charles Lee

Imagine a virtuoso musician, who has such command over his instrument that he can play a Bach fugue, flow effortlessly into a galloping jazz improvisation, segue into a blistering rock guitar solo and end up with some hip-hop on a beat-box and turntable. This is the artist, Charles Lee, in a nutshell.

Lee is another artist, whom I like to call the “Aesthetic Olympians” of our time. He and the others are pulling back hard on the pendulum of beauty, skill, visual eloquence, and uplifting and inspiring content, which have been essentially shunned by the elitist art world in favor of philosophical definitions of what is and isn’t art — “newness,” shock and novelty replacing quality.

It’s easy to be seduced by the sheer loveliness of Lee’s imagery, into believing his works are mainly decorative. They are not. They are rooted in a reverence for the art of the masters and an accumulated fluency honed by decades of hard work and discipline. Each of his paintings is a vehicle for the multiple sensations of metaphor and poetry, expressed through the visual impulses of a practiced hand, eye, heart and mind. He’s filling a void in the world for an art that can speak to the many, not only the select few. And yet for those who wish to take time to contemplate the deeper merits of his art, rewards do also await.

I was first struck by the extraordinary number of styles in which he works. But style can be deceptive. Good art cannot survive through style alone and herein lies one of Lee’s great abilities: to maintain a wide range of diverse styles and approaches with consistent artistic caliber. Behind each work is a rigorous artistic statement. And, he is able to maintain a fluency and consistency of myriad visual elements and devices which overlap and appear throughout all of his styles. 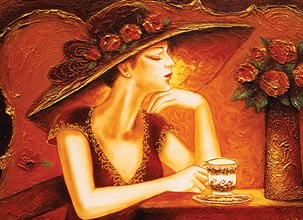 Most easily seen at first is Lee’s advanced use of color. He is as equally proficient with earthy, golden-brown tonalities as he is with bright and sunny colorations. He uses black fearlessly (few artists do, some not at all) and his colors, although comforting and controlled, are carefully arranged to ease the viewer gently into his compositions.

He employs interesting textures in most of his paintings. The surface of the canvas allows him another mode of expression, and he is acutely aware of surface even in his delicately painted “studies” of women’s faces and nudes. Many of his canvasses feature thick impasto emulsions applied to the canvas with palette knife (he told me the technique is his own guarded invention). These push the eye to the very front of the picture plane and serve as a means of “framing” the subject and creating a spatial context for the viewer.

Lee is also keenly aware of pictorial (also known as “plastic”) space in his paintings. Whether depicting a realist subject and creating an illusionist representational space, or layering spatial planes as Picasso did in his cubist manipulations, it is clear that he possesses a mastery of defining pictorial space and can marshal any number of approaches to express his intent.

In his purely abstract paintings, which conjure associations with the color field painters and abstract expressionists, one sees areas “tearing” into the space, like caverns and undulations of pulsing color atmospheres, advancing and receding. These are very advanced compositional devices at work in his paintings and they are not accidental. Rather, his fluency with form and composition allows him the luxury of calling up any number of approaches as a means to an end with each chosen subject or style.

His brushwork is deft, confident and advanced. It is particularly noticeable in the realist subjects, including his landscapes, seascapes and images of women in interiors. In these works he marshals a skilled application of color and is able to model his volumes and surfaces through shadow, light and color temperature.

The final measurement of an artist’s ability may be found in his drawing. It is the basis and the backbone upon which all of the other elements of a good painting must rest. Lee’s drawing skills are enviable and can be appreciated in his delicate studies, his complex and dramatic abstractions and observed throughout his entire range of figurative imagery. He is clearly in possession of facile and expressive drawing skills. 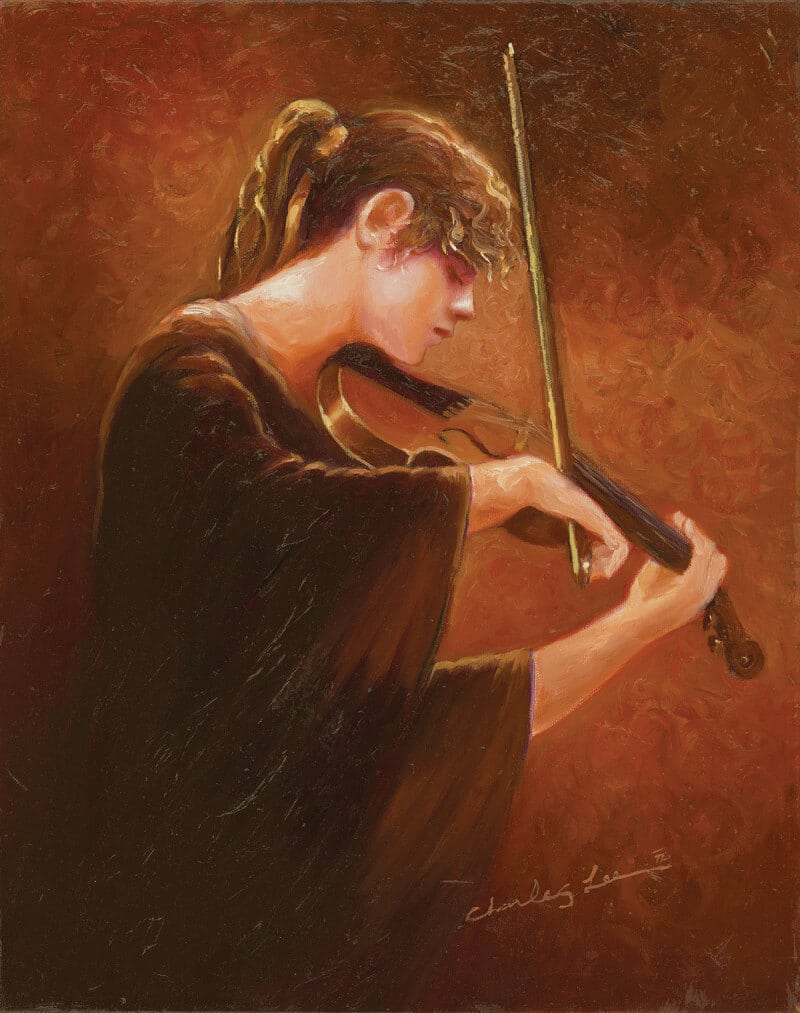 I am a devoted fan of Picasso’s art. I have studied the man and his art for most of my life and I have rarely met an artist who did not mention Picasso’s name when asked about his/her artistic heroes and inspirations. Like Picasso, Lee is a probing, questioning and exploring artist with a powerful creative and artistic drive at the core of his motivation.

It was said that Picasso created “fractal” art — each image giving birth to dozens of other images all springing and expanding from one into another. A similar process is at work in Lee’s art. He clearly has developed defined approaches as he navigates through his various styles, but each approach is also a repository for many of the same painterly and compositional ideas he is spreading through all of his imagery. They overlap each style and re-emerge as precise visual devices, such as sections of piano keys and contours of musical instruments, metallic applications, heavy textural emulsions added by palette knife, strong lighting contrasts and color juxtapositions, among others. These serve to reinforce his distinct personality and allow the viewer confronted with any number of variations of style, to recognize at the same time, the “mark” of Charles Lee. 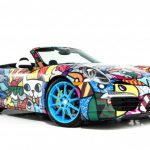