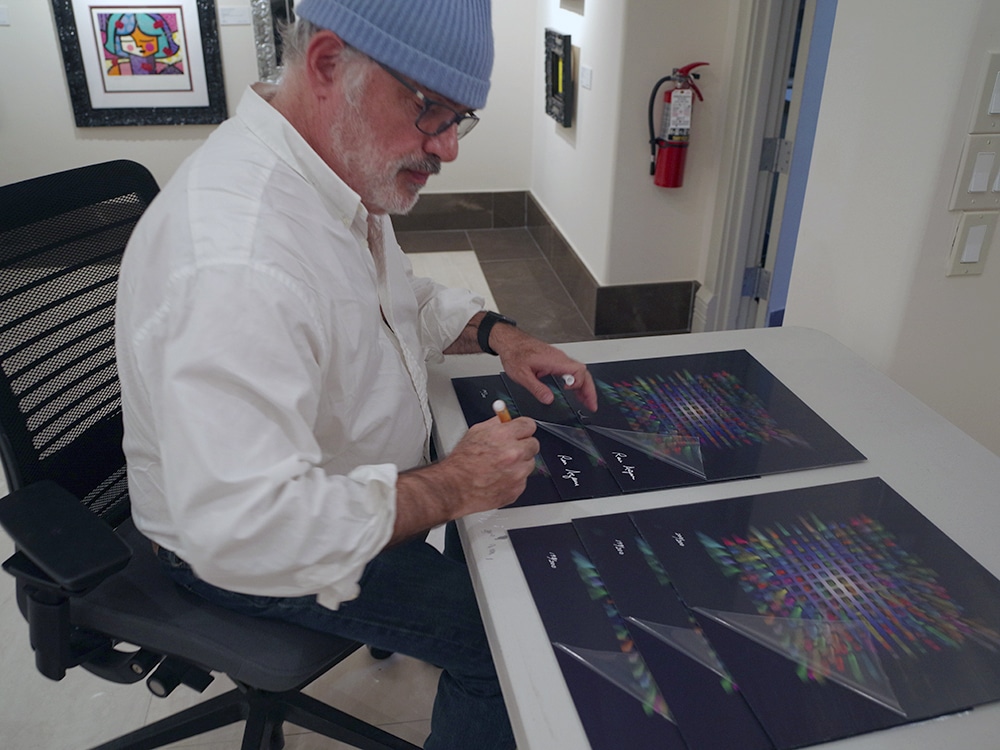 As the son of world-renowned artist Yaacov Agam—one of the founders of the kinetic art movement—one couldn’t blame Ron Agam for being a little timid about his art.

It turns out, however, that Ron is feeling quite the opposite.

“I’m pretty proud of the work that I have created,” Ron says. “Throughout my life I saw how people reacted to my father’s work, and I hope I get a small percentage of his positive reactions.”

Park West Gallery is similarly proud to offer Ron Agam’s new artwork to our collectors around the world. His eye-catching abstract artwork is created using lenticular lenses, causing the images to appear as if they’re moving when viewed at different angles. 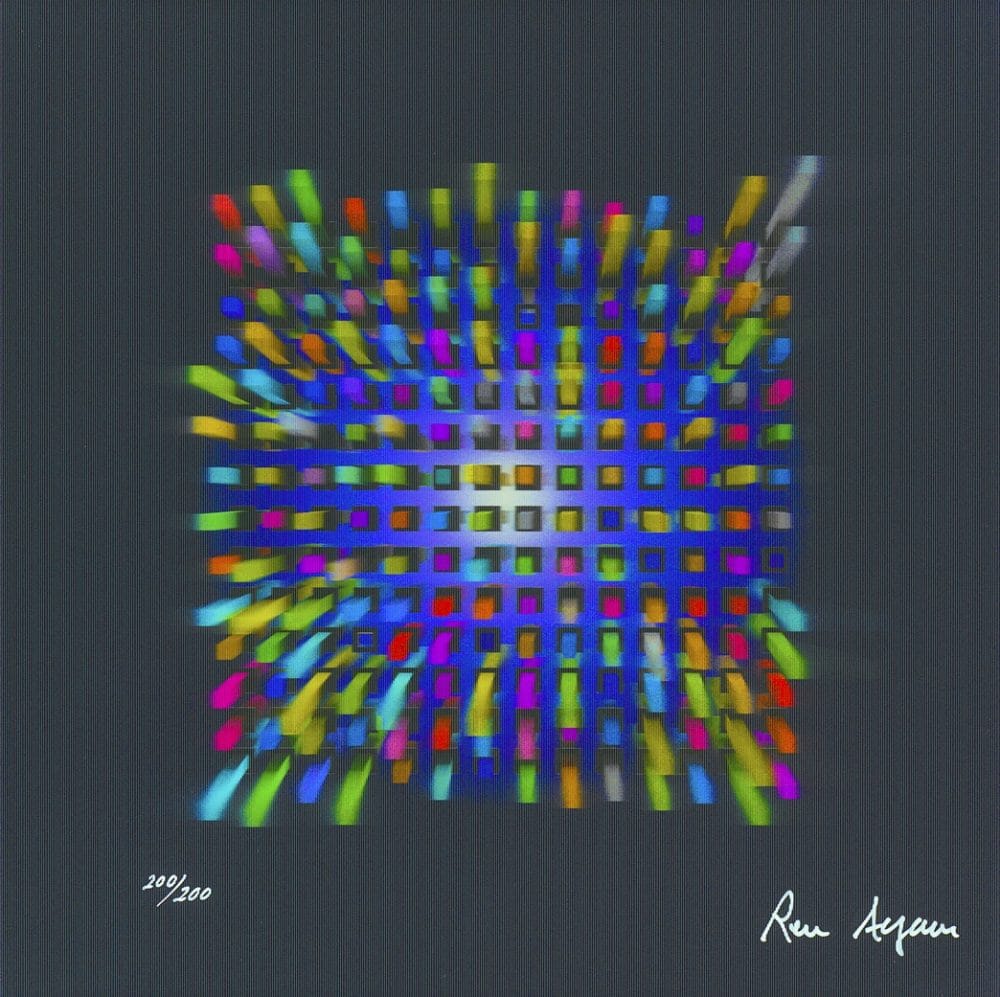 “There is enough confusion already when your name is Ron Agam,” said Ron with a chuckle. “It’s very different than anything [my father] is doing, but it’s in the same world.”

For many years, Ron thought he would never be an artist. He always considered art to be his father’s vocation and wanted to follow his own interests. Born in 1958, Ron’s passion for photography began when his father gave him a camera at the age of 6. He became an internationally successful photographer, receiving France’s highest artistic honor in 2009—Chevalier of the Legion of Honor.

Although Ron was raised in the world of art, spending his childhood in France and Israel, he didn’t create fine art of his own until he was 52 years old. In doing so, he unleashed a torrent of creativity fueled by a reawakened creative spirit. His recent entry into the world of art is underscored by themes and styles normally associated with a seasoned artist. 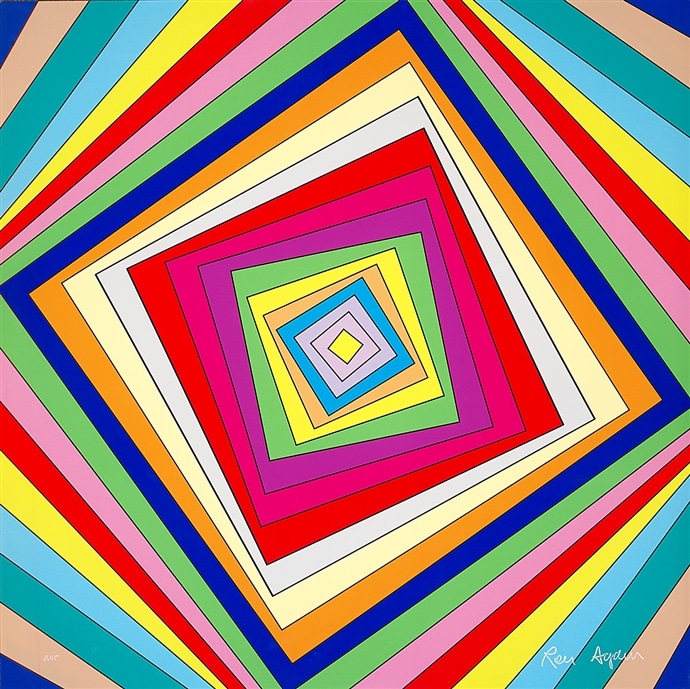 “Anyone can try, anyone can break preconceived ideas and try something new in their life,” Ron says. “The ability to be creative, the ability to be an artist, it’s like a second life to anyone.”

For his 3-D K art, Ron bases his imagery on computer renderings of ideas he has sketched or conceptualized. Drawing upon the editing skills he honed as a professional photographer, Ron manipulates these digital images to design artwork full of geometric abstractions and energetic colors. 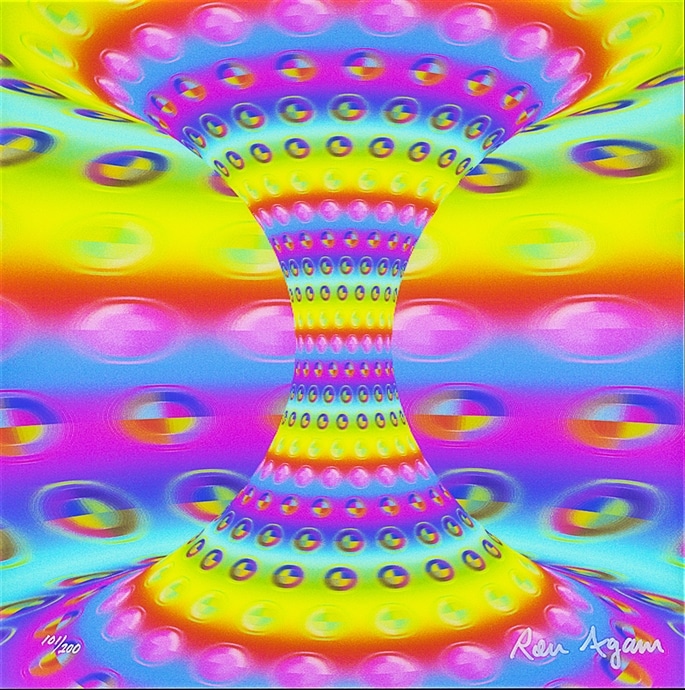 Ron finds inspiration from artists like the Russian Constructionists, but doesn’t deny the influence his father’s iconic art has on his style.

“With my dad, his palette of colors was unlimited,” Ron says. “Maybe subconsciously the reason why I am sometimes using a lot of colors is also because I grew up around it.” 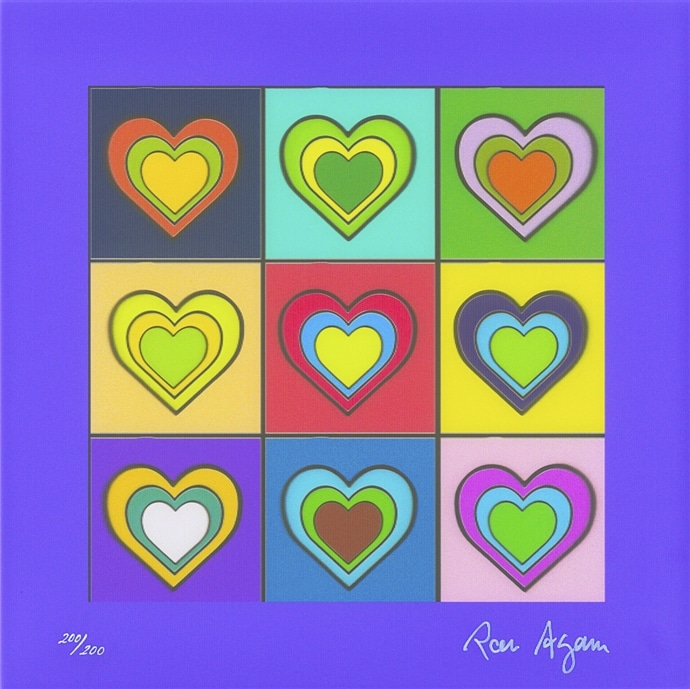 For more information about the art of Ron Agam, register for our exciting live online auctions or contact our gallery consultants at (800) 521-9654 ext. 4 during business hours or sales@parkwestgallery.com. 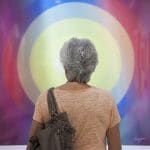 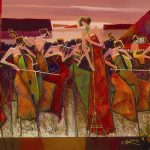