Not long after enjoying the Olympics in his native country of South Korea, artist Dominic Pangborn received an unexpected phone call from 2018 Paralympics officials.

“They had talked about doing an exhibition at the Olympics but there wasn’t time,” Pangborn says. “I get a call from Korea saying ‘Okay, it’s on, we need you here on the ninth.’” 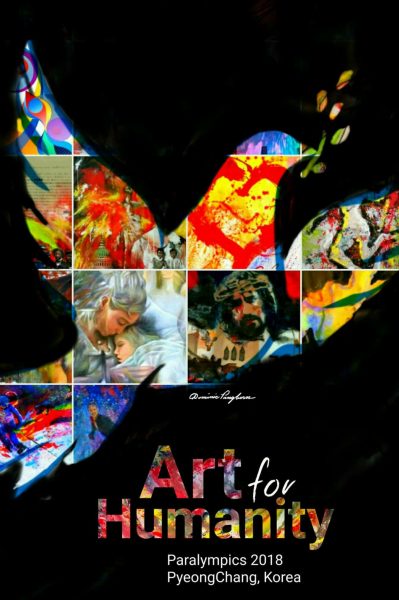 An “Art for Humanity” poster designed by Dominic Pangborn

Pangborn will exhibit artwork with a focus on the theme of “humanity” at an opening reception for the 2018 Winter Paralympics in PyeongChang, South Korea on March 9.

The Paralympics are an international multi-sport event where athletes with disabilities compete. The event is scheduled from March 9 to 18, with an estimated 670 athletes vying for the gold medal in their respective sports. This is the first time the Winter Paralympics will be held in South Korea.

Pangborn said he first caught the attention of the PyeongChang Olympics and Paralympics committees when he gave a speech about art’s impact on humanity at the Gwangju Biennale in Korea in 2016. Pangborn said the speech seemed to resonate with officials, who in turn wanted to showcase his art.

“There are so many activities happening in Korea,” Pangborn says. “I’m truly honored.” 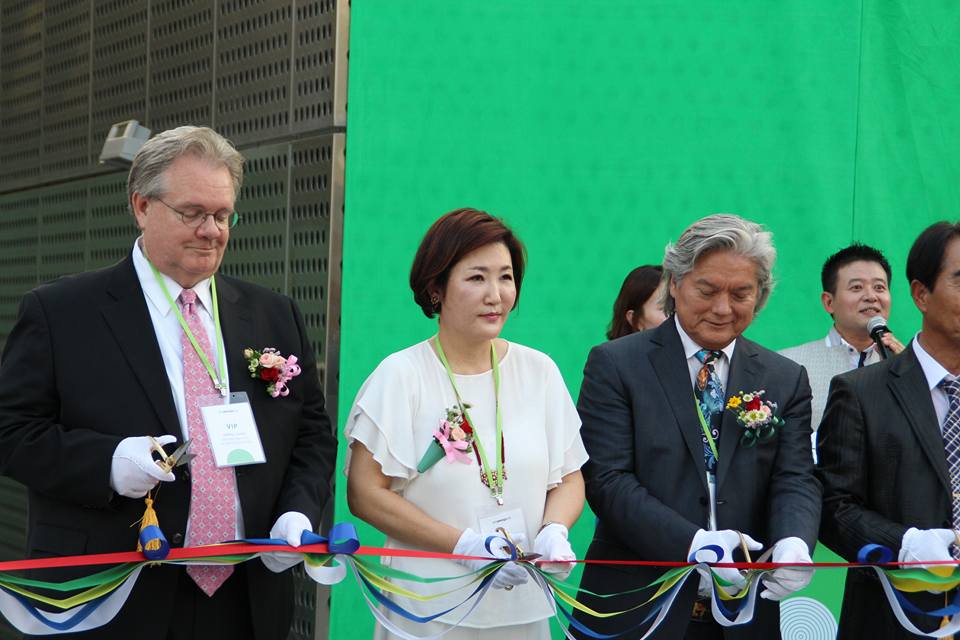 Dignitaries, VIP guests, sponsors, and others will attend the Paralympics opening reception, where Pangborn will have around 25 works on display. As an artist whose style is constantly evolving, the artwork will encompass a wide range, from abstract hearts to depictions of Jesus Christ.

Pangborn also designed a poster for the event, featuring a collage of his artwork within the silhouette of a dove bearing an olive branch.

Pangborn was in Korea for the 2018 Winter Olympics as the guest of PyeongChang’s governor. The artist didn’t have a lot of time to watch the competitions, however, as he was speaking with government representatives about issues such as international adoption policies. The topic is close to Pangborn’s heart, as he was adopted by a Michigan family when he was 10 years old.

“I’m involved in a lot of humanitarian issues, which is why I think they were so interested in my work,” Pangborn says. “I’m trying to do my part.” 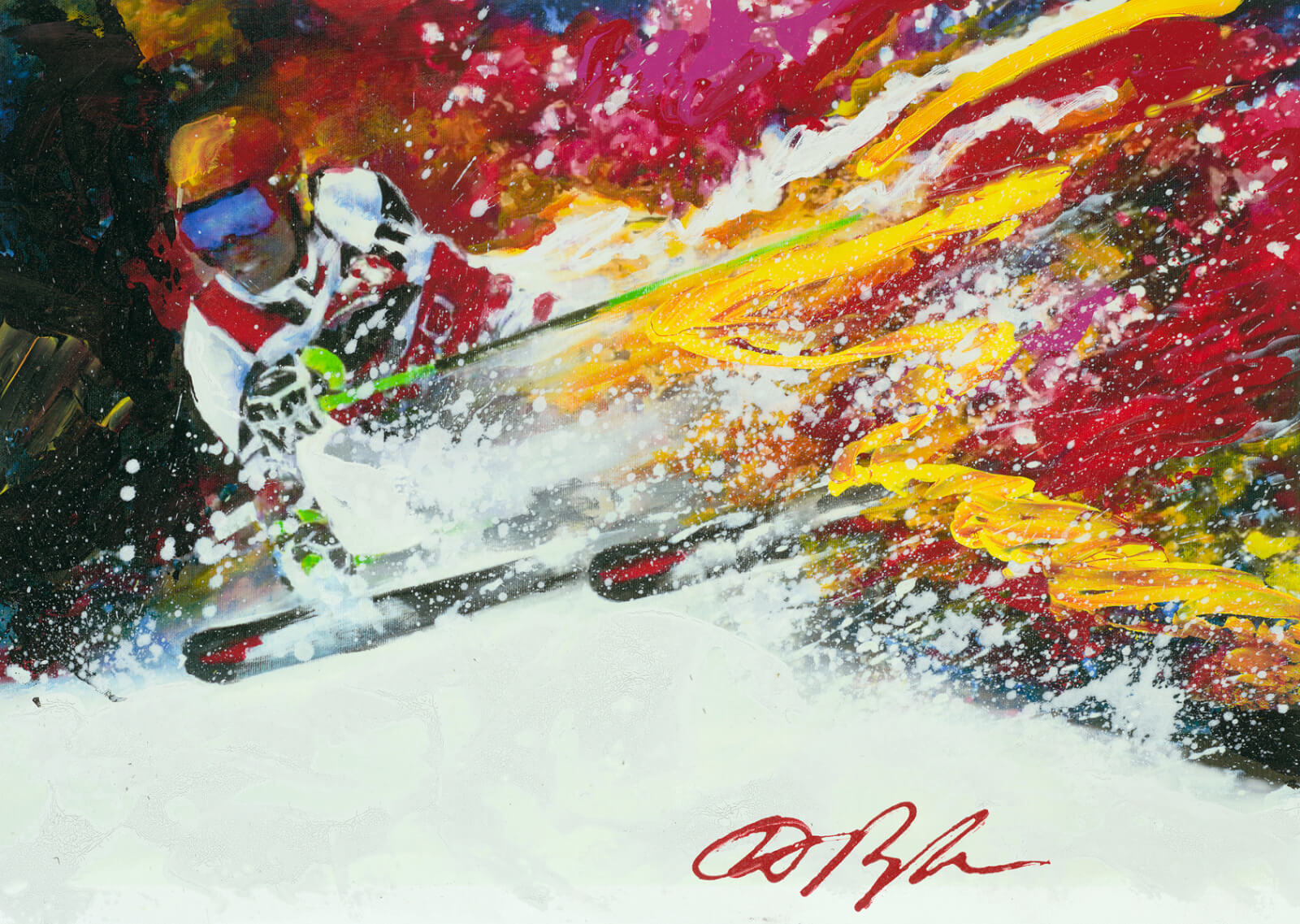 Pangborn won’t be in South Korea for long, though. He is flying back almost immediately after the Paralympics begin so he can meet with Park West Gallery clients at a VIP event.

“It’s going to be a close call,” Pangborn says with a laugh.

For information on collecting the art of Pangborn, contact our gallery consultants at (800) 521-9654 ext. 4 or sales@parkwestgallery.com. 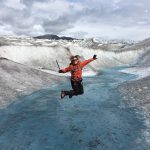 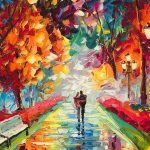