SOUTHFIELD, Mich. – Park West Gallery is being recognized for its 40 years as one of Southfield’s most successful companies. The City of Southfield, Michigan has declared June 15, 2009 “Park West Gallery Day” to commemorate Park West’s ongoing commitment to the community, its employment of thousands of Southeast Michigan citizens, and its ongoing success in bringing the joy of art to more than one million customers worldwide.

Albert Scaglione, Founder and Chief Executive Officer of Park West Gallery, will receive the formal proclamation of “Park West Gallery Day” from Southfield Mayor Brenda Lawrence during the Monday, June 15 meeting of the Southfield City Council. Southfield is the 15th largest city in Michigan and is considered Michigan’s business center with more than 9,000 businesses and more than 80 Fortune 500 companies.

“For more than 40 years, Park West Gallery has provided the citizens of Southfield and the state of Michigan with a world-class art gallery featuring works from the most distinguished and well known artists in the world,” said Southfield Mayor Brenda Lawrence. “Park West Gallery has been a leader in its support of the community through its involvement in countless non-profit organizations and through its own Park West Foundation, which provides support to young people who have recently aged out of the foster care system. I want to personally recognize the leadership and entrepreneurial spirit of Albert Scaglione who has made Park West Gallery an institution for all of Michigan to be proud.”

Albert Scaglione said, “Park West has been pleased to call Southfield ‘home’ for the last 40 years. We appreciate the tremendous support we receive from the community and we look forward to another 40 years of bringing the joy of art to the people of the world from our headquarters right here in Southfield.” 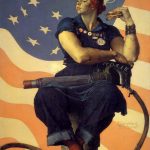 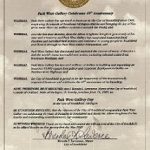