BENTONVILLE, Ark., June 8, 2009 – Norman Rockwell’s painting Rosie the Riveter, an immensely popular icon of the American work ethic, is now part of the permanent collection at Crystal Bridges Museum of American Art. Painted for the May 29, 1943 cover of the Saturday Evening Post, Rosie the Riveter depicts a strong, capable feminine figure on the home front work effort during World War II.

“Rockwell’s thoroughly modern Rosie not only addresses the war effort as touching all American lives but a ‘can do’ spirit and the emergence of women into the workforce during a time of national crisis,” said Chris Crosman, chief curator at Crystal Bridges. “She is emblematic of a sea change in American culture,” said Crosman. “Importantly, the artist’s depiction celebrates, even helps to invent, due to mass distribution as a War Bond poster and magazine cover, the beginnings of gender equality.”

Well known for capturing idyllic, yet honest, images of American life, from Thanksgiving to baseball to topical subjects such as the Civil Rights Movement, many of Norman Rockwell’s paintings became popular symbols of American values and turned multitudes of Americans into art enthusiasts.

Crystal Bridges’ acquisition of Rosie the Riveter from a private collector will now give public audiences opportunities to share in this important painting’s timeless spirit and transformative story.

More about the Crystal Bridges Museum of American Art 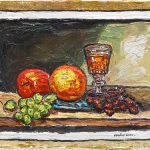 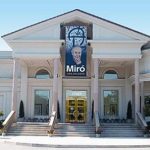