At the age of 14, Autumn de Forest has become the youngest artist to hold a museum exhibition at the Butler Institute of American Art in Ohio, and is celebrating at that very exhibition.

Autumn, a Las Vegas resident, will be in Youngstown, Ohio on May 18 and 19 and will make appearances at the museum in honor of International Museum Day, celebrated May 18.

The young artist opened her exhibition, “Autumn de Forest: The Tradition Continues” April 10 at the museum. The exhibition is underwritten by the Park West Foundation with the intent of promoting art awareness across the country.

Founded in 1919, the Butler Institute is the first museum of American art. The most celebrated works in the Butler’s permanent collection include masterpieces by Winslow Homer, Norman Rockwell, Jackson Pollock, Robert Motherwell and Andy Warhol.  Autumn’s works are currently exhibited among these masters. Also included in the museum’s collection is artwork from Autumn’s ancestor, George de Forest Brush (1855-1941), an American painter with the Western School of Art. Autumn’s lineage also includes Lockwood de Forest (1850-1932), Autumn’s great-great uncle who was a painter with the Hudson River School; and Roy de Forest (1930-2007), a pioneer of the California Abstract Expressionist movement.

Dr. Lou Zona, the museum’s director, says that Autumn is “by any measure a child prodigy,” and that anyone who visits the museum is in for a treat.

“This wonderful exhibition of paintings by such a young artist gives us hope about the future of American art,” says Zona about Autumn’s exhibition. “(She) has inspired us with her creativity, her knowledge of the field and her outstanding accomplishment.” Autumn does much more than create amazing artwork to inspire others. She has contributed to multiple charitable causes and has directly inspired students around the nation through the Turnaround Arts program.

“I am so honored to be with Turnaround Arts,” she says.

Autumn’s accolades include numerous TV appearances, selling more than $1 million in artwork, and in 2015, the Vatican awarded her the International Giuseppe Sciacca Award for Painting and Art for her humanitarian efforts.

Be sure to check out Autumn de Forest’s artwork available through Park West Gallery. 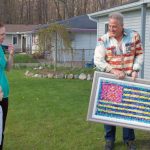 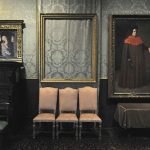