The Art of Football: 10 Works of Art to Pump You Up for the Super Bowl

The Super Bowl one of the biggest sporting events in the world, and the National Football League goes beyond the cameras to capture the excitement of the game—it calls upon the talents of Park West Gallery artists.

The worlds of sports and art might seem mutually exclusive, but Park West artists like Charles Fazzino beg to differ. He would know, after all—he’s been the NFL’s official artist for the Super Bowl for nearly 20 years.

Since 2001, Fazzino has used his 3-D Pop art style to design Super Bowl posters, helmets, and more. In an interview with the Atlanta Journal-Constitution, Fazzino talked about the positive impact of portraying sports in art.

“Die-hard sports fans who have no interest in art become art lovers,” Fazzino said. “People really warm up to it. It is a gateway into art, and they don’t realize they are getting into it.” 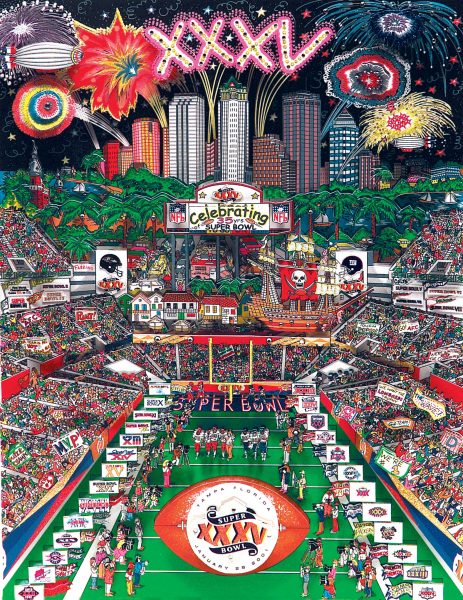 Fazzino follows in the footsteps of other prominent Park West artists who have been tasked with representing the excitement of the big game. Pop art icon Peter Max served as the first official Super Bowl artist, holding the position for five years. LeRoy Neiman, who was world famous for his expressionist paintings of athletes, musicians, and sports events, also designed original artwork for the Super Bowl. 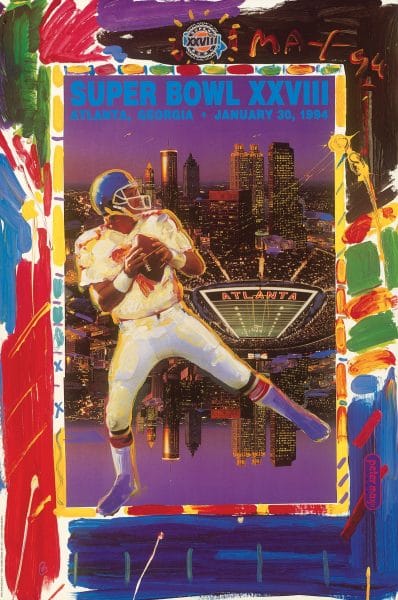 In celebration of this year’s Super Bowl, we’ve assembled some of our favorite football art from the Park West Gallery collection. 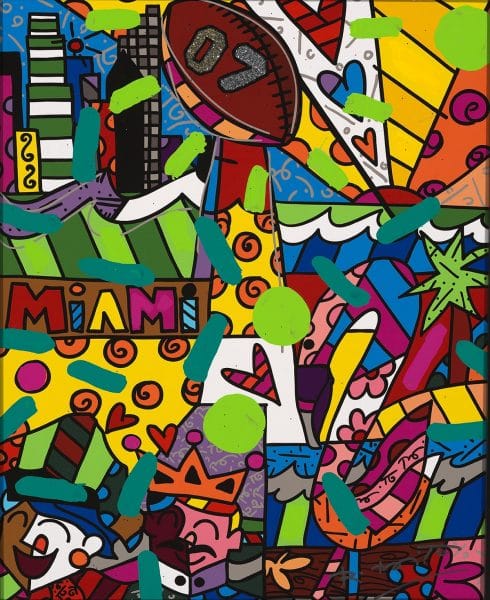 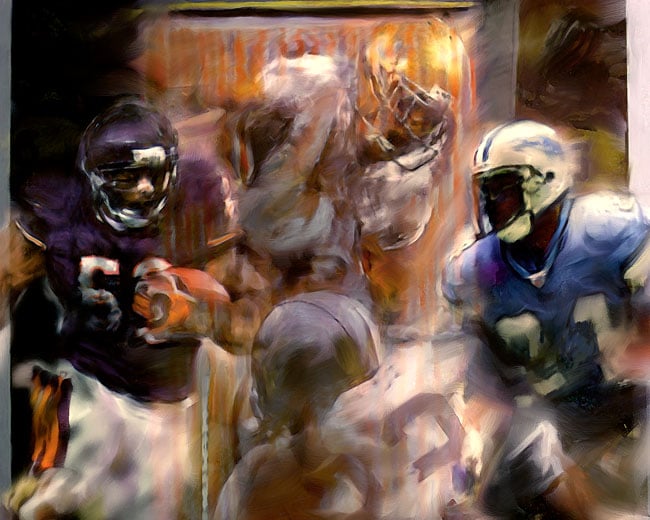 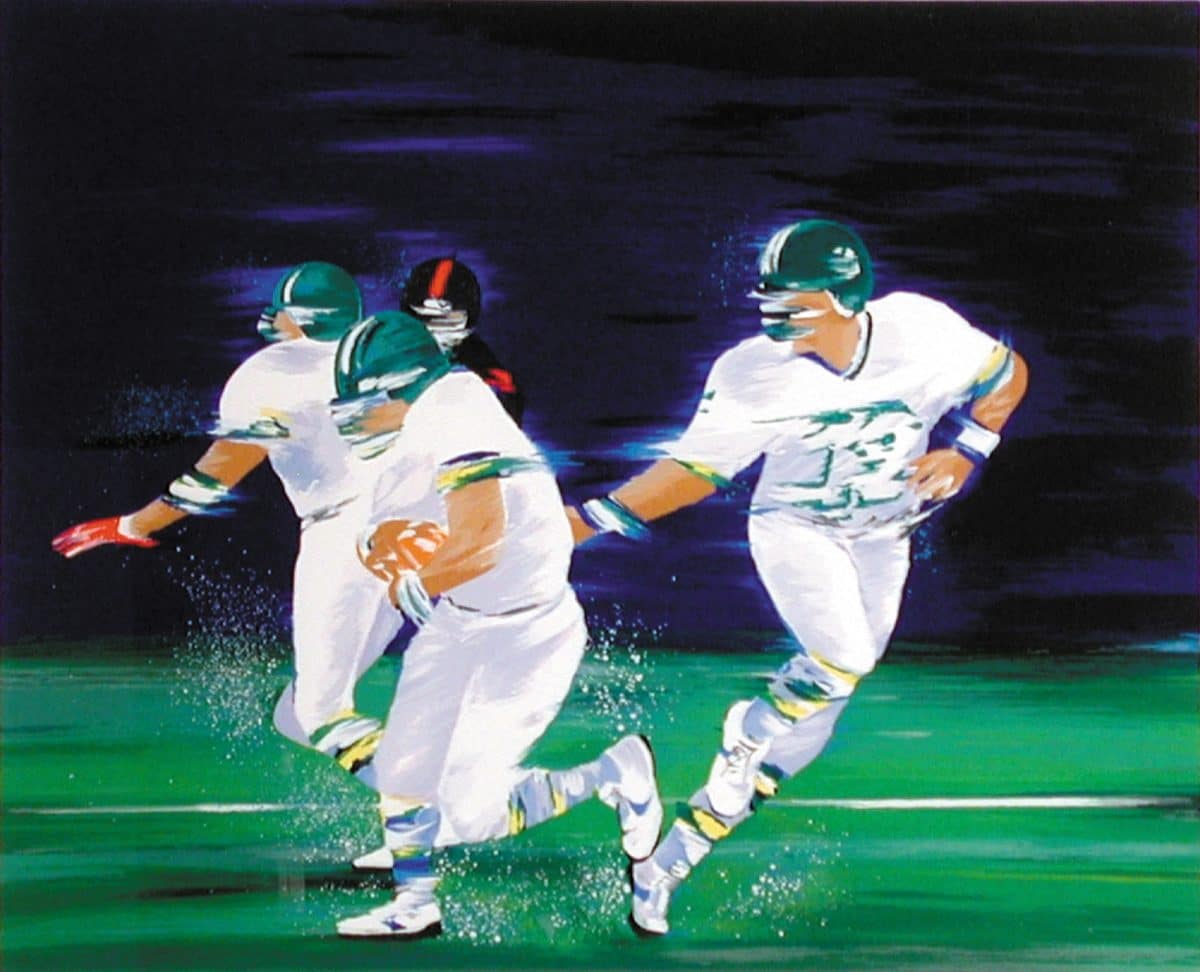 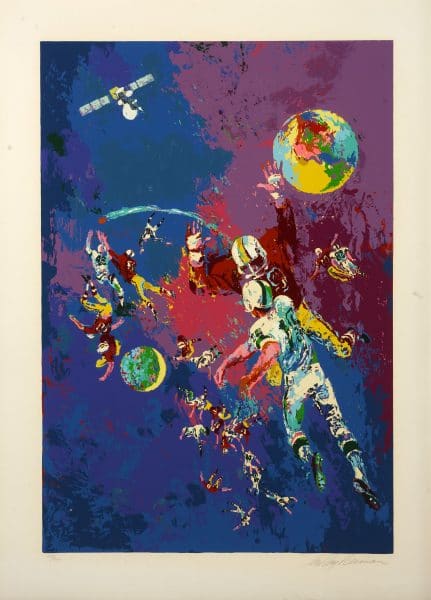 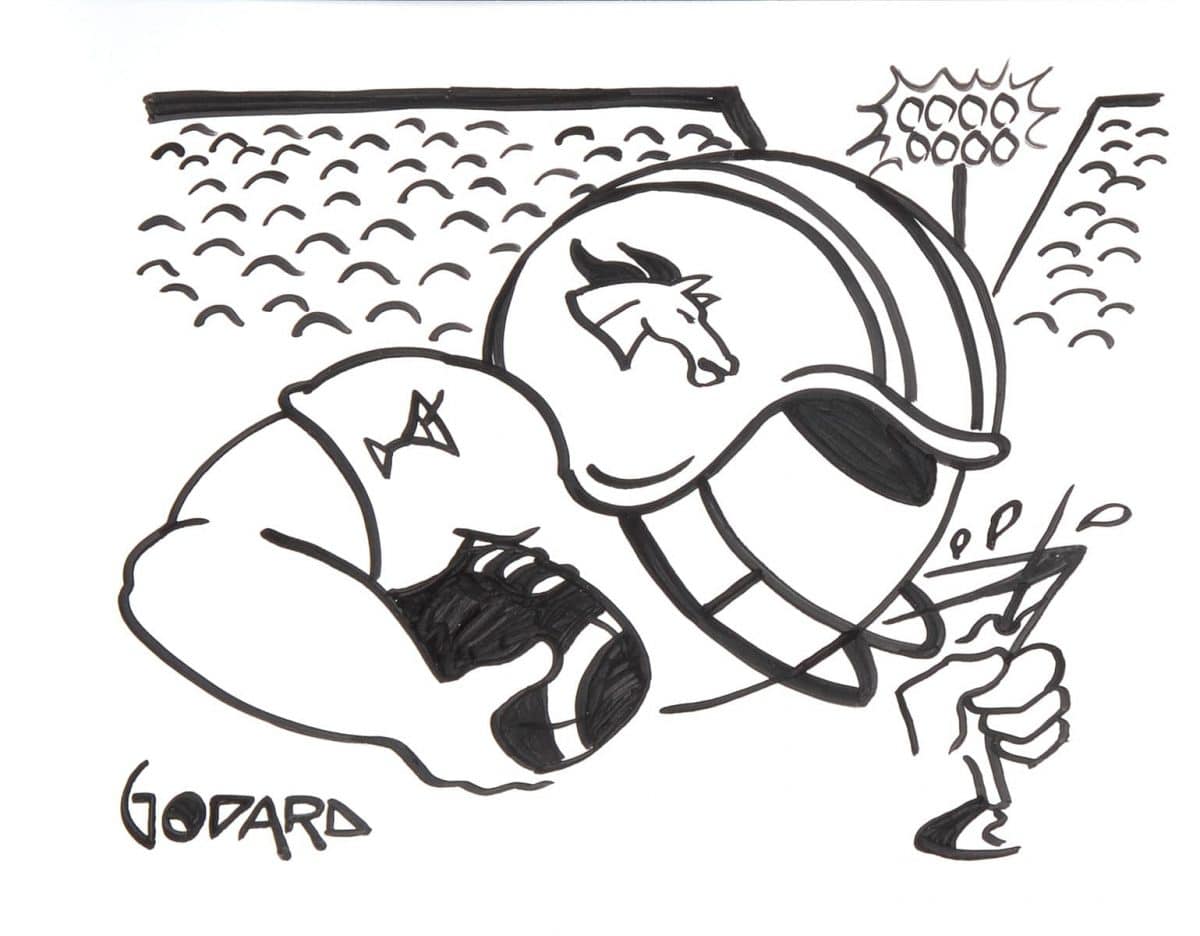 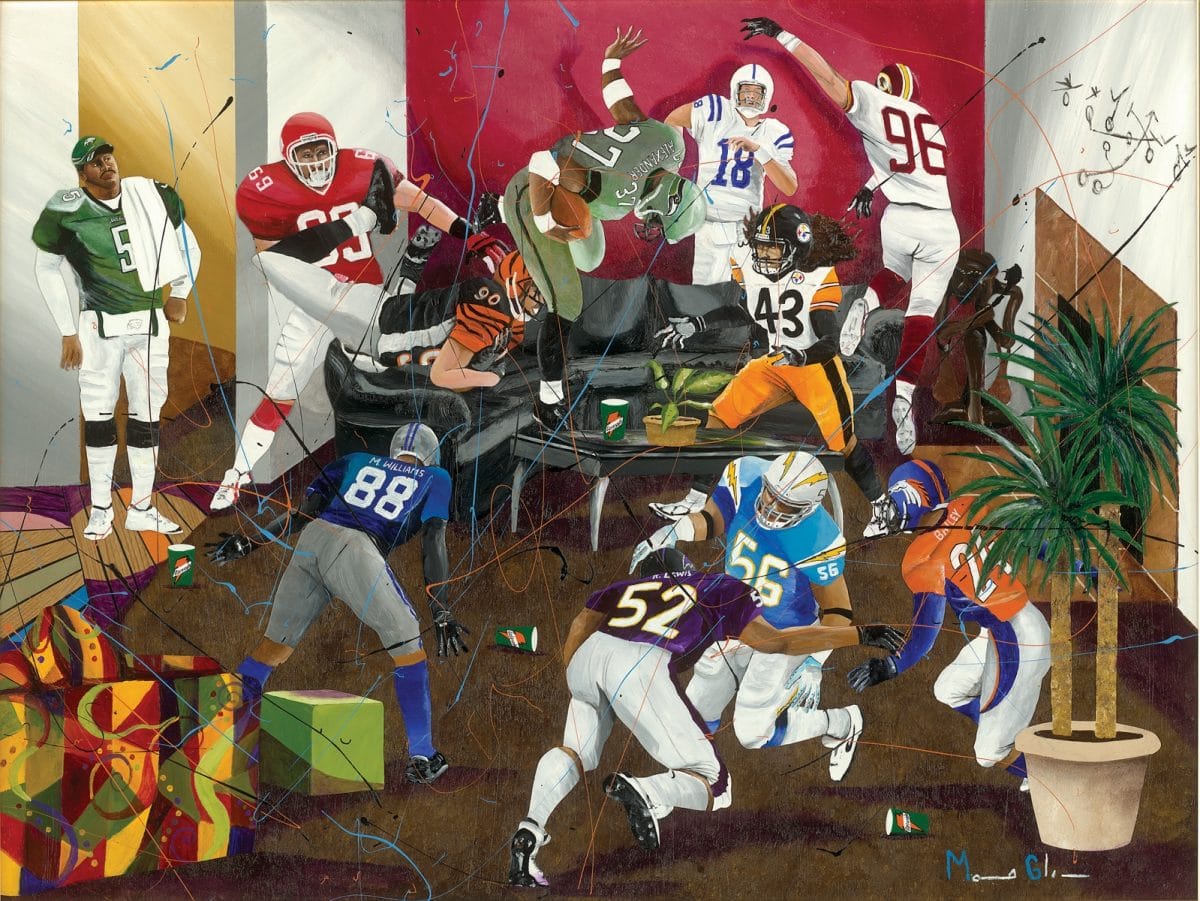 “No Playing Football in the House” (2006), Marcus Glenn. From The Super Bowl XL Series 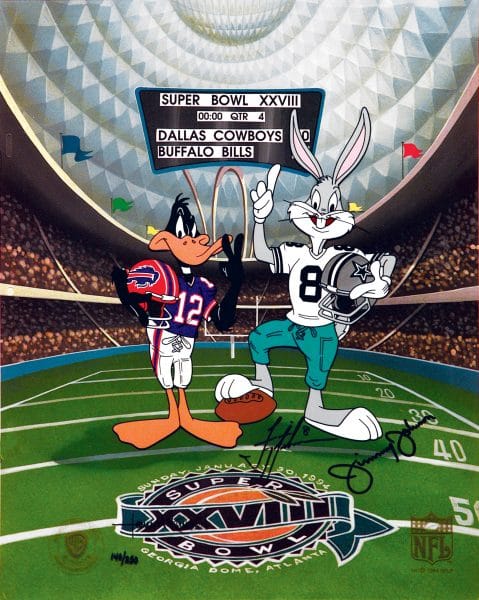 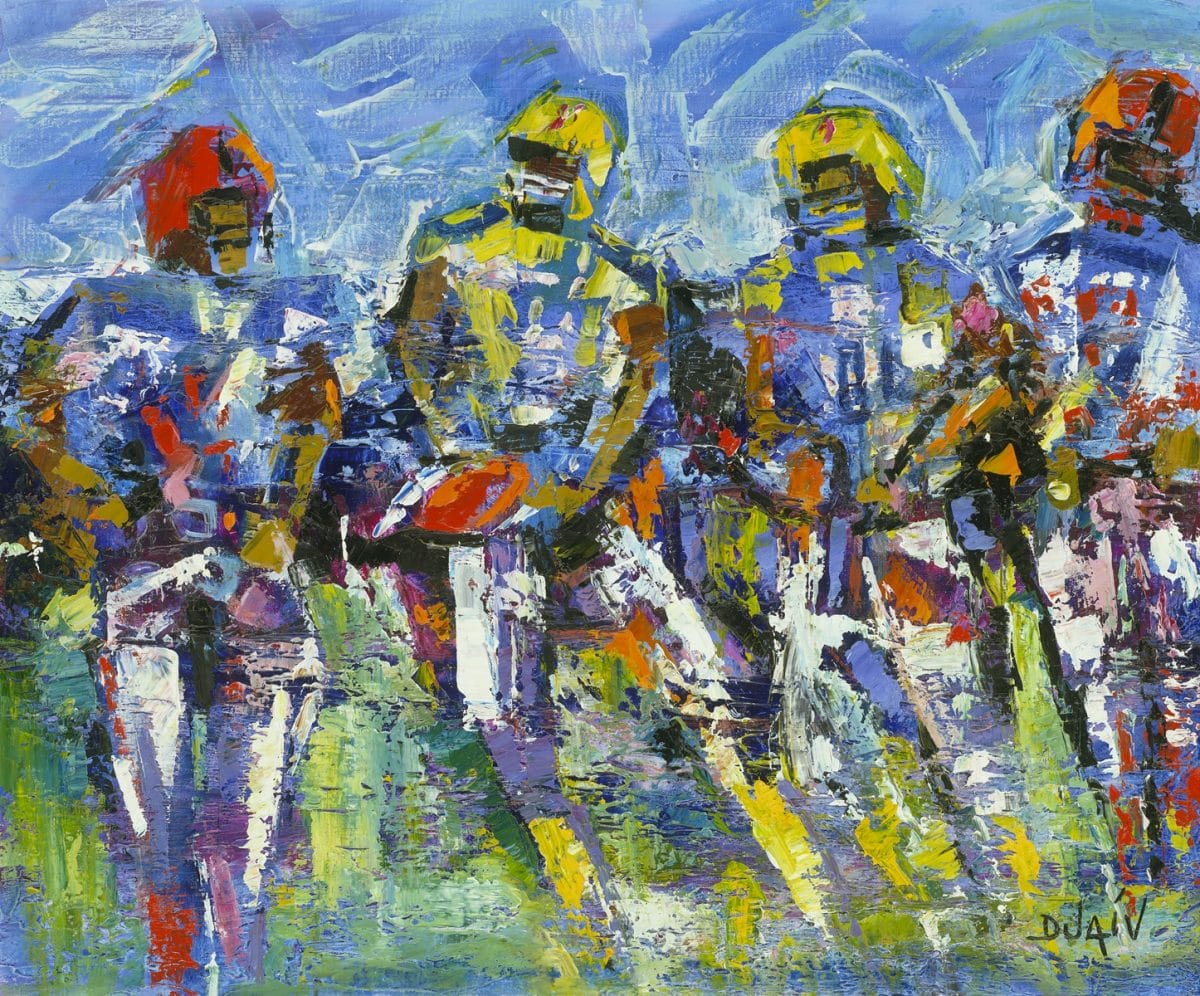 For more information on how to collect these works of art and more, contact our gallery consultants at (800) 521-9654 ext. 4 or sales@parkwestgallery.com. 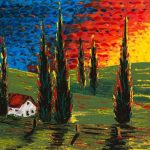 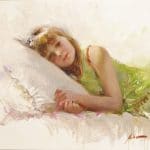