Considered one of the finest galleries afloat, the Celebrity Infinity always hosts an amazing art collection. Still what a surprise, when in anticipation of a visit from world renowned Disney artist, David Willardson, the gallery came alive as never before – one might say it was down-right animated.

After 17 years of drawing for Disney, Willardson is now affiliated with the world’s largest art dealer, Park West Gallery, and remains an aficionado in depicting classic characters: Mickey, Minnie…as well as feature friends: Bambi, Snow White, Lady, and of course, her Tramp alike.

While many Infinity cruisers are familiar with fun and fast paced Park West auctions, few could have imagined a more friendly surprise than what seemed like the whole of Disney setting out to greet them on the first night of their Alaska bound cruise. One even quipped in passing, “I did get on the Celebrity ship…right?”

Assuring onlookers that this was in fact, the happiest gallery on the high seas, David Willardson, accompanied by his Grammy-nominated girlfriend, Michelle Shocked, were among the first in an anticipated string of artist sailings, each of which ensured the cruise crowd an art experience to write home about, or even hang on the wall.

How did it all begin? Willardson left no rock unturned in his live and packed interview on the first sea day of the voyage. Recorded and widely broadcast aboard ship, the interview offered astonishing insight into the early beginnings, as well as the current buzz, of Willardson’s brilliant career.

Fresh out of art school, David Willardson manifested his own destiny in designing the first Indiana Jones Logo for Raiders of the Lost Ark. Further success followed with his design iconology for American Graffiti. One of the first artists actively airbrushing as a means to bring his talents to life, Williardson cast his careful eye over friends and role models he had met as a child, the Disney family.

Rendering characters in an entirely new way, David Willardson seems to have opened an adult channel leading back to our childhood wonders. The stiffest of guests couldn’t help but smile as they strolled past vibrant walls. International guests seemed enchanted as well – one man from Bombay stopped to admit, “I love the duck (referring to Donald)…and the bear (referring to Pooh).”

Even the Infinity’s esteemed captain took an interest in the visit, inviting Willardson to the bridge. In the midst of viewing Hubbard Glacier and after detailing a short list of other famous names his ship has ferried throughout a long career, he exclaimed “…And now I’ve met the man who draws Mickey Mouse!”

Obviously a crowd pleaser, this special cruise marked a double highlight for Willardson himself – celebrating his first Alaska venture and his 66th birthday. Though the birthday event wasn’t made common knowledge throughout the ship, the festivities took place in the art gallery and were open to the public. Passers-by found themselves invited to share in the swing-time exhibition of Willardson cutting a rug with his sweetheart, to rousing Route 66 and other birthday tunes provided by the onboard acapella singers. A birthday cake, compliments of the ship and complete with a strange but appreciated pink Donald Duck, also made the rounds of any and all interested parties.

Like the dizzying, but delightful effect of spinning teacups, the party continued for the duration of the cruise.

A front row guest at auctions, David Willardson took the stage whenever one of his artworks appeared for purchase to shed light on insider origins, meanings and techniques. In particular, families embraced this enriching array of paintings and original creations in serigraphy, lithography and other media. Upon purchase, the most common dedication request dictated that the new family heirloom be earmarked “For Posterity.”

An international art star, David Willardson’s patience never wavered. The artist even went so far as to pop works out of frames and add additional hand-painted embellishments to graphic works. He invited handshakes and long conversations. He offered advice to burgeoning artists and extended a drawing class to all the children aboard the ship.

Not to be outdone, heartfelt applause also surrounded the steps of Willardson’s right hand gal, musician Michelle Shocked. Together for 6 years and very obviously in love, David and Michelle are a tag team of art and entertainment. Shocked was awarded a Grammy for her amazing song, aptly named: Anchorage. Already impressed by their luck in sailing with the likes of Willardson, Infinity cruisers must have made good on the power of wishing stars, as Ms. Shocked graciously agreed to a double-feature, matinee performance – she would sing and he would paint. And it proved to be the concert event of all cruises anywhere.

Fabulous, fascinating, multifaceted, the Celebrity cruise hosting David Willardson provided a unique experience across the board. Brought together by a common love of art or animation or even just idle curiosity, guests found enrichment, entertainment and opportunity in abundance. Converted into a collector or not, those who ventured to the Willardson events appreciated their encounter. Willardson too, it seemed, enjoyed his stay.

A future cruise may be in the works, but more important, Park West shows no signs of flagging in this amazing purpose to clear the air of the art market, expose common stogy myths and in general demystify for the common man the joyful purpose of collecting fine art. In following this mantra for 40 years, it’s little wonder that the gallery stands today at the head table of this art world banquet, and how lucky for clients or cruising vacationers to reap the benefits of the resulting (cruise favorite) feast. 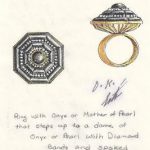 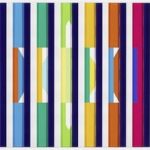