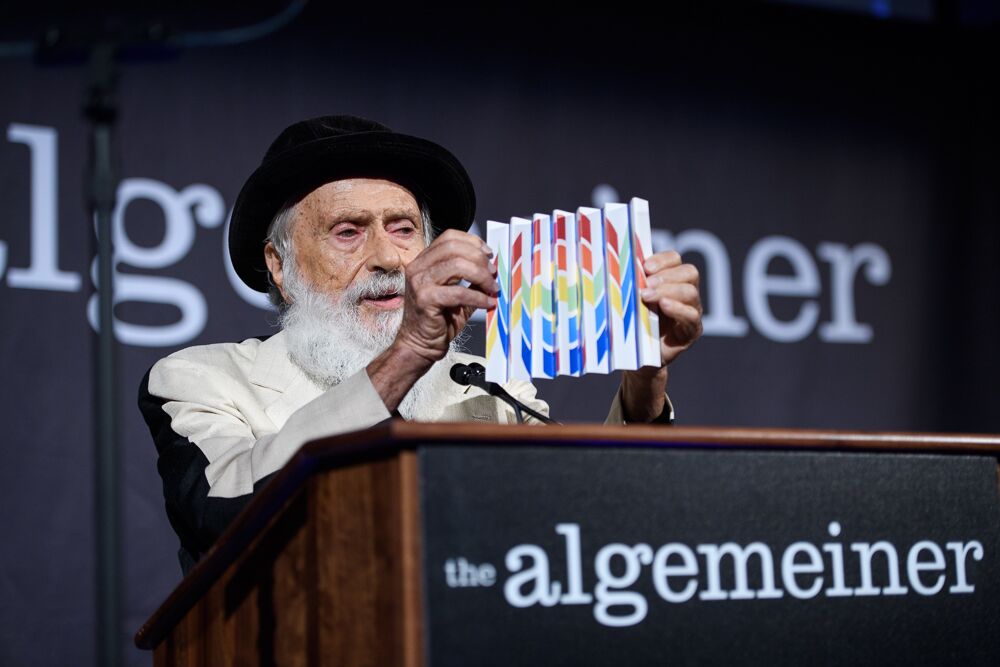 When “The Algemeiner,” one of the foremost Jewish newspapers in the world, announced they wanted to honor famed Israeli artist Yaacov Agam with their 2017 “Warrior for Truth” Award, Agam’s family and friends all knew the award ceremony would be a memorable night.

What they didn’t know was that getting Agam to the event would be the most dramatic part of the evening.

The award was scheduled to be presented to Agam on September 18 at the annual J100 Gala in New York, a celebration of the top 100 people in the world who are “positively influencing Jewish life.”

However, the adventure began the night before when Park West Gallery Founder and CEO Albert Scaglione discovered that Agam, now 89 years old, had been checked into a New York hospital. Agam’s pulse had dropped dangerously low following his flight to the U.S.

Scaglione—who has not only represented Agam’s artwork, but has also been a close friend of the artist for over 40 years—rushed to Lenox Hill Hospital, finding Agam in good spirits, but anxious to leave. 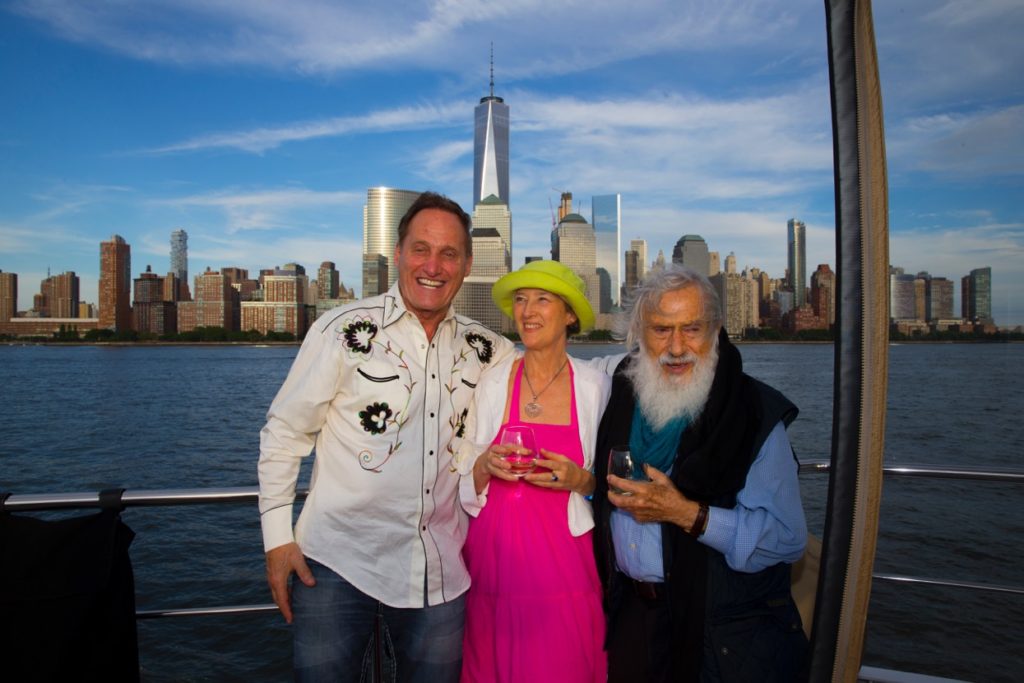 This left Scaglione and his wife Mitsie to figure out the logistics of getting Agam released in time for the J100 Gala. Papers were signed, bills were paid. They were on their way until they encountered the most New York City problem of them all—the impossibility of finding a taxi in the rain.

Undaunted, Scaglione got Agam into a wheelchair and pushed him three blocks through the rain towards the artist’s hotel.

But even this short journey wasn’t without its complications. Scaglione and Agam were briefly stopped by the U.S. Secret Service—President Trump was in town—but the agents eventually sent them on their way. Shortly thereafter, they finally reached Agam’s room at the Carlyle Hotel.

At the J100 Gala, the group met up a number of luminaries from the worlds of art, politics, and culture. After rescuing Agam from the press line, Scaglione brought the artist back to his table, along with Agam’s son Ron, where they were joined by Paul and Dee Dee Sorvino. (In addition to being an award-winning actor, Sorvino is also an accomplished painter and sculptor.)

The long journey to the gala was now over and it was time for the award ceremony to begin.

Agam was one of only two recipients of the 2017 “Warrior for Truth” award—the other was Miloš Zeman, President of the Czech Republic.

Agam was introduced to the crowd of over 600 guests by his long-time friend, Abraham Foxman, President of the Center for the Study of Anti-Semitism at the Museum of Jewish Heritage.

In his introduction, Foxman noted how difficult it was to convey the impact of Agam’s work using only words.

“Words alone cannot do him justice,” Foxman said. “His creativity, his form of expression, is in the image. It is the eye rather than the ear that appreciates Yaacov’s genius.”

Following his comments, Foxman brought Agam onto the stage. After a long pause, Agam declared, “You don’t expect me to talk,” eliciting warm laughter from the crowd.

Agam’s subsequent comments stressed the importance of visual communication over verbal communication. He argued that, following the Great Flood in the Bible, God sent his blessing for a better future in the form of a rainbow—a visual symbol that could be understood across language and cultural barriers.

Agam then offered his own “visual blessing” to the J100 audience. He had provided a work of his kinetic art for every person in the crowd, similar to his “Rainbow Visual Prayer” series.

As he held up an example of the artwork, Agam told the crowd that the “blessing of the rainbow” was meant to convey a message of “tolerance and understanding” for all. 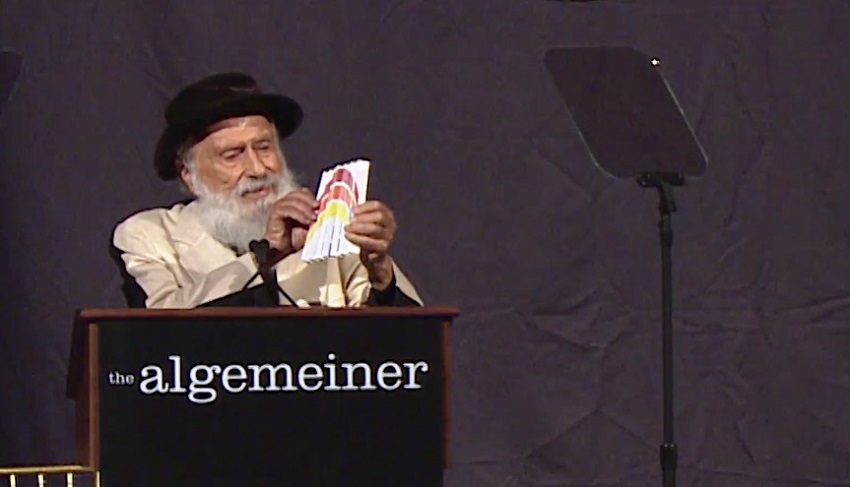 Following the gala, Albert and Mitsie Scaglione hopped on a private jet, headed back to Michigan, where the new exhibit “Agam”—a retrospective of the some of the artist’s most significant museum exhibitions—was debuting to celebrate the re-opening of the newly revitalized Park West Museum.

Keeping in the spirit of Agam’s “Warrior for Truth” Award, Park West is honoring the launch of the “Agam” exhibit and their expanded museum space by making a $10,000 donation to the Gershon Jacobson Jewish Continuity Fund.

“There was no way I was going to let Agam miss receiving that award,” Scaglione said. “Even if it meant running through the streets of New York in the rain. His artwork is both universal and proudly Jewish, and I’m so grateful that people recognize what an unquestionably positive influence Agam has had on the world around him.” 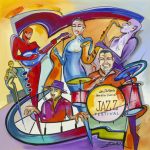 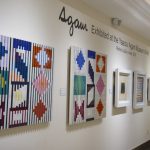