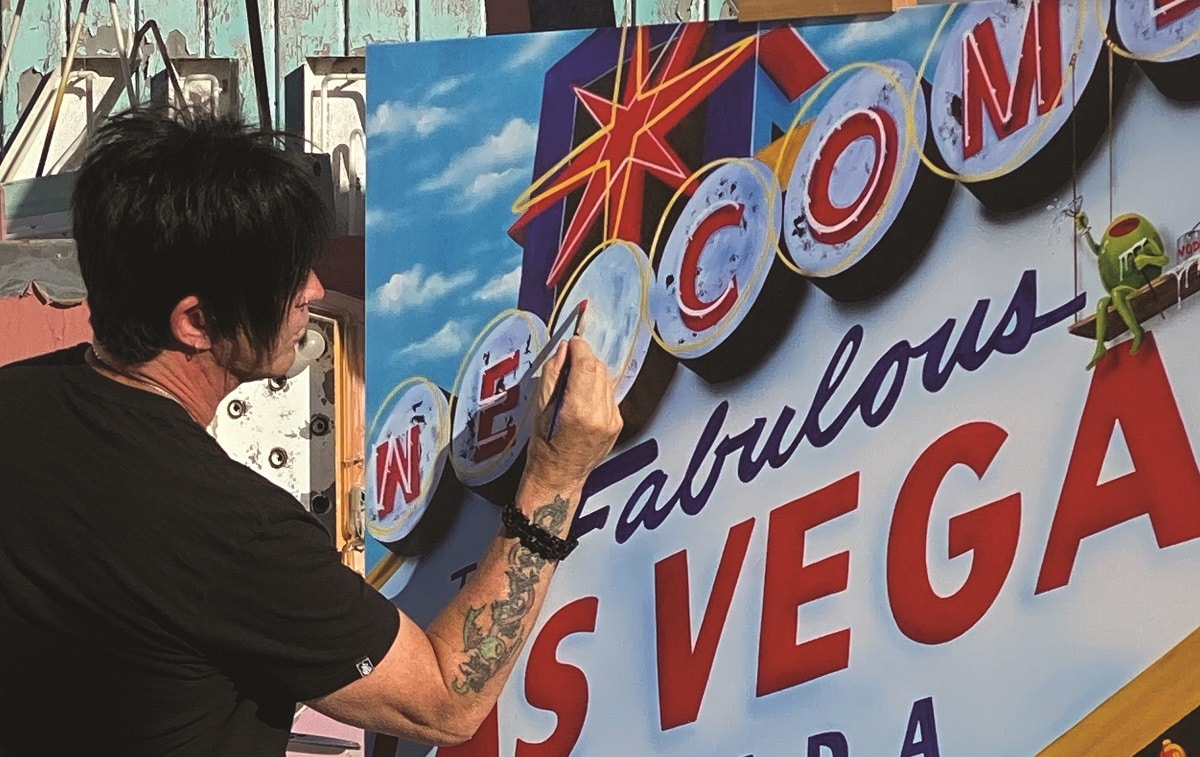 Michael Godard paints one of his olives (and a tribute to his hometown) in Las Vegas’ Neon Museum.

Las Vegas native Michael Godard is one of the most exciting artists working today. His gallery shows regularly sell out, he’s incredibly popular with collectors, and his artwork has appeared on thousands of products around the world.

It’s easy to see why. Godard’s trademark paintings of olives have become a global sensation. His playful compositions—often focused on a group of animated olives having the time of their lives—have captivated viewers with their quirky imagery and technical virtuosity. 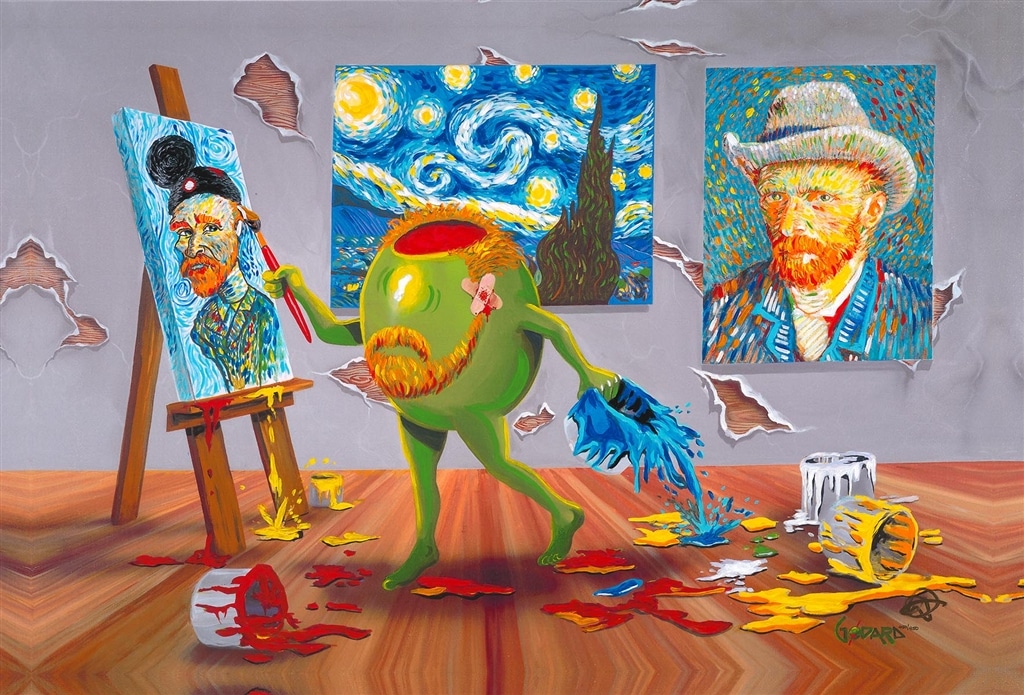 Art lovers never forget the first time they see one of Godard’s works, which have, over the years, branched out from olives to include other mischievous garnishes like grapes, strawberries, and coffee beans.

But the question remains—“Why olives?” What was it about those pickled fruits that inspired Godard to make them the centerpiece of his artistic career?

Fortunately, someone asked Godard the “Why olives?” question at a recent art event in Miami and here’s what he told the crowd: 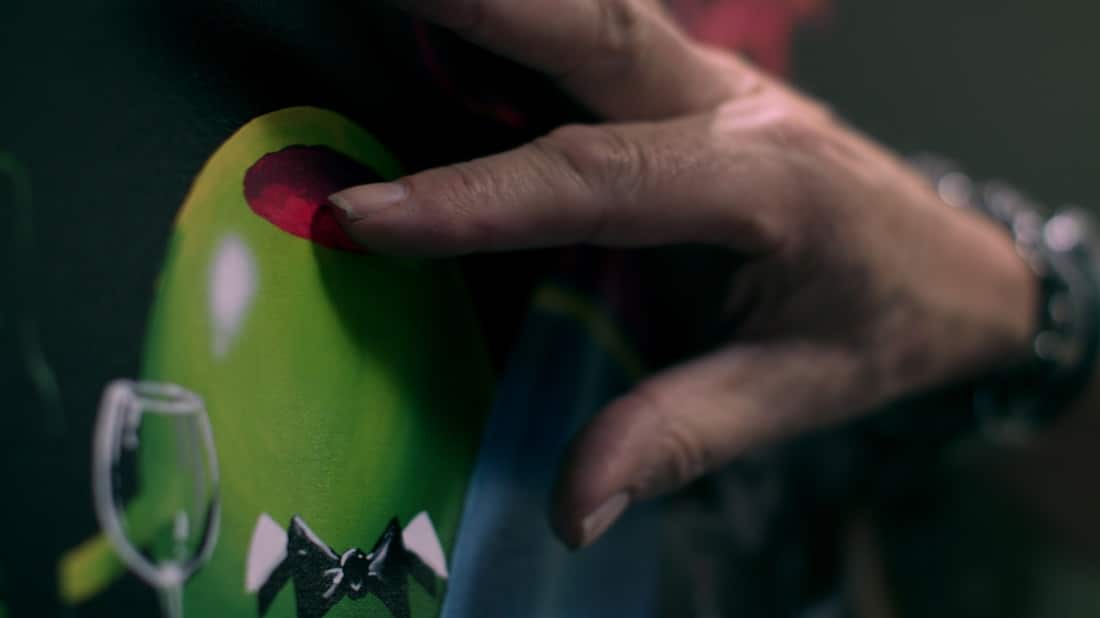 Godard putting the finishing touches on one of his famous olives.

MICHAEL GODARD: I know most of you guys think I have a really easy job, but you have no idea how hard it is for me to get an olive to sit still for an entire painting. (laughs)

No, the real story is—I was living in Orange County years ago and a friend of mine said, “Godard, you’re always making people laugh and I love your sense of humor. I would love for you to paint something for me. And, you know me, I like martinis with a couple of olives.” 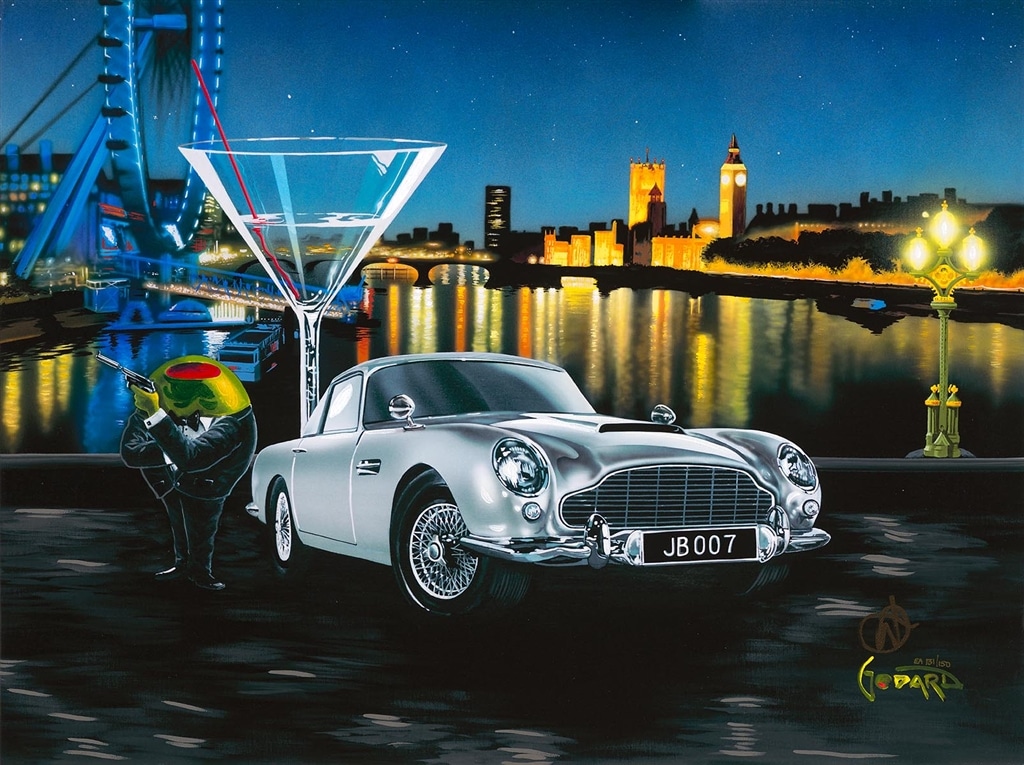 So, I did my first olive painting and, while I was doing it, I added some arms and legs to the olives. About two weeks later, my aunt came by and she saw the painting. She goes, “What is that?” I said, “Well, you know these are olives.” (laughs) She tells me, “You know, Michael, I’m your aunt, and you’ve never painted anything for me.”

She says, “I’m a wine drinker. You need to paint something for me.” So, my next painting was three grapes doing a sobriety test. And that’s how it all started.

Since then, that whole world has exploded and evolved. People love the olives. Now, there’s a whole weird thing that goes on in my head when I’m working on my paintings. These guys have lives. 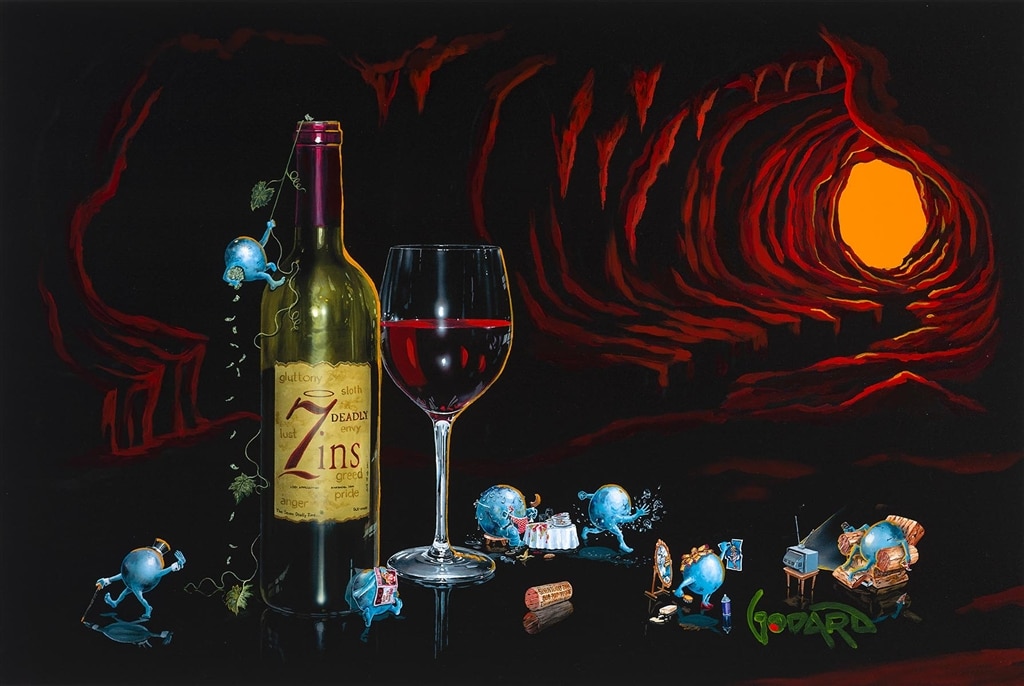 “All My Zins,” Michael Godard

Like the grapes, for example. They all tell me the same thing. They want to grow up to be old raisins. They don’t want to be stuffed into a bottle. That’s why they have a big issue with the cork because the cork is the one who seals the fate of all the grapes. I just give them a helping hand.

The one thing I will tell you is… and I’ve got to brag about this… there is nobody, no other artist on the entire planet who paints a sexier strawberry than Michael Godard. (laughs) 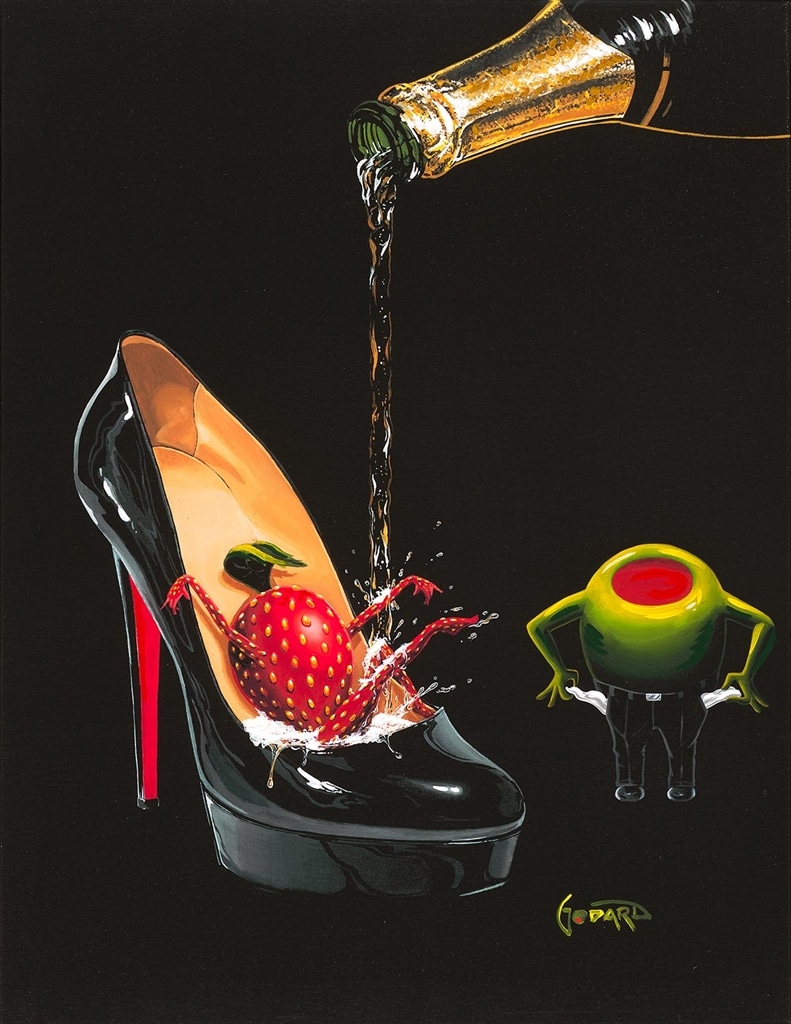 If you’re interested in adopting one of Michael Godard’s olives and bringing his artwork into your home, you can contact our gallery consultants at (800) 521-9654 ext. 4 or sales@parkwestgallery.com. 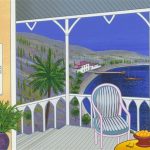 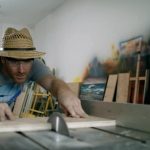