For the first time in history, the works of master Dutch painter and etcher Rembrandt van Rijn are being displayed at the Vatican.

The exhibition, “Rembrandt at the Vatican: Images from Heaven and Earth,” is open to the public and will run until February 26, 2017 at the Vatican Museums. The exhibition contains 53 of Rembrandt’s etchings and two of the master’s paintings.

Rembrandt’s mastery of painting, printmaking and draftsmanship have placed him as one of the greatest visual artists in history. The Dutch artist turned to the Bible as a source of inspiration, especially during the 1650s. The son of a Protestant father and Catholic mother, Rembrandt’s works depict imagery containing elements from both Christian denominations, such as in the etchings “The Three Crosses” and “Virgin and Child with a Cat.” In a preface to the exhibition, Antonio Paolucci, Director of the Vatican Museums, notes that Rembrandt’s etchings have been in Rome at the Scuderie del Quirinale in 2008, but this exhibition places him among the other master artists in the Vatican.

“He is now returning, returning to the Papal Museum in the heart of Roman Catholicism, alongside masterpieces of classical statuary, alongside Michelangelo and Raphael,” Paolucci writes. “We could not imagine a finer tribute to Rembrandt in Rome.” The exhibition opens roughly a month after His Holiness Pope Francis visited Sweden to mark the 500th anniversary of the Protestant Reformation. The exhibition is organized by the Pontifical Council for Promoting Christian Unity and the Swedish Embassy with the etchings loaned from the Zorn Museum in Mora, Sweden.

Park West Gallery is a leading source for art lovers wishing to elevate their collections with etchings by Rembrandt, including the images seen above. Contact our gallery consultants at (800) 521-9654 ext. 4 or sales@parkwestgallery.com for more information. 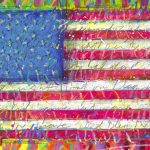 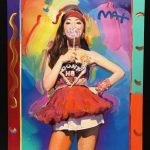