A Pablo Picasso painting, “La Coiffeuse” (The Hairdresser), is returning to Paris after it went missing and turned up 14 years later disguised as an “art craft/toy.”

The painting, valued at $15 million, was formally turned over to the French embassy in Washington, D.C. on August 13, nearly eight months after the Picasso painting was discovered in a shipment from Belgium to the United States.

Created in 1911, the oil-on-canvas painting was bequeathed to the National Museum of France by its former director, Georges Salles, in 1966. It was assigned to the Musee National d’Art Moderne in Paris, and was last displayed in Munich, Germany in 1998. Upon its return to Paris, though, the painting was believed to have been stolen from storage in 2001.

According to the Department of Justice, the Picasso painting was found in a parcel described as an “art craft” and “art craft toy” that was valued at 30 Euros ($33 dollars with the current exchange rate). The parcel was shipped out of Belgium on December 17, 2014, and was seized by Homeland Security Investigations as part of an investigative lead in Newark, New Jersey. Immigration and Customs Enforcement Director Sarah R. Saldana presided over the transfer of the Picasso painting at the French embassy, saying the recovery and return of stolen artwork and other artifacts is a priority for the agency.

“As our world continues to shrink, protecting cultural treasures has become even more important and we are committed to doing everything we can to return them to their rightful owners,” Saldana said.

The painting, which officially belongs to the French government, was authenticated on January 30, 2015 by two experts from the Paris museum.

“Picasso used to say ‘A painting truly exists in the eyes of the beholder,’” remarked Frédéric Doré, Deputy Chief of Mission at the French Embassy. “Returning to the Musée National Museum of Modern Art in Paris, France, [La Coiffeuse] will come back to life and be seen again by the public thanks to this outstanding Franco-American customs cooperation.”

As CNN reports, “La Coiffeuse” is not the only missing Picasso painting to have been recently seized. French custom officials announced on August 4 that they seized a Picasso painting, “Head of a Young Woman” (1906). The painting was found on the island of Corsica on July 31 after authorities received a tip it was heading to Switzerland.

The painting has been declared a Spanish cultural asset and is not supposed to leave the country. The Picasso belongs to Spanish banker Jaime Botin, who has attempted to export it since 2012. Following its seizure, “Head of a Young Woman” returned to the Reina Sofia Museum. 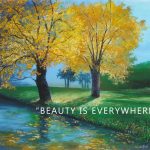 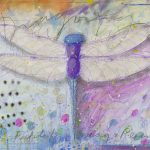