Surrealist Jim Warren Weaves Together Dream Worlds in His Art 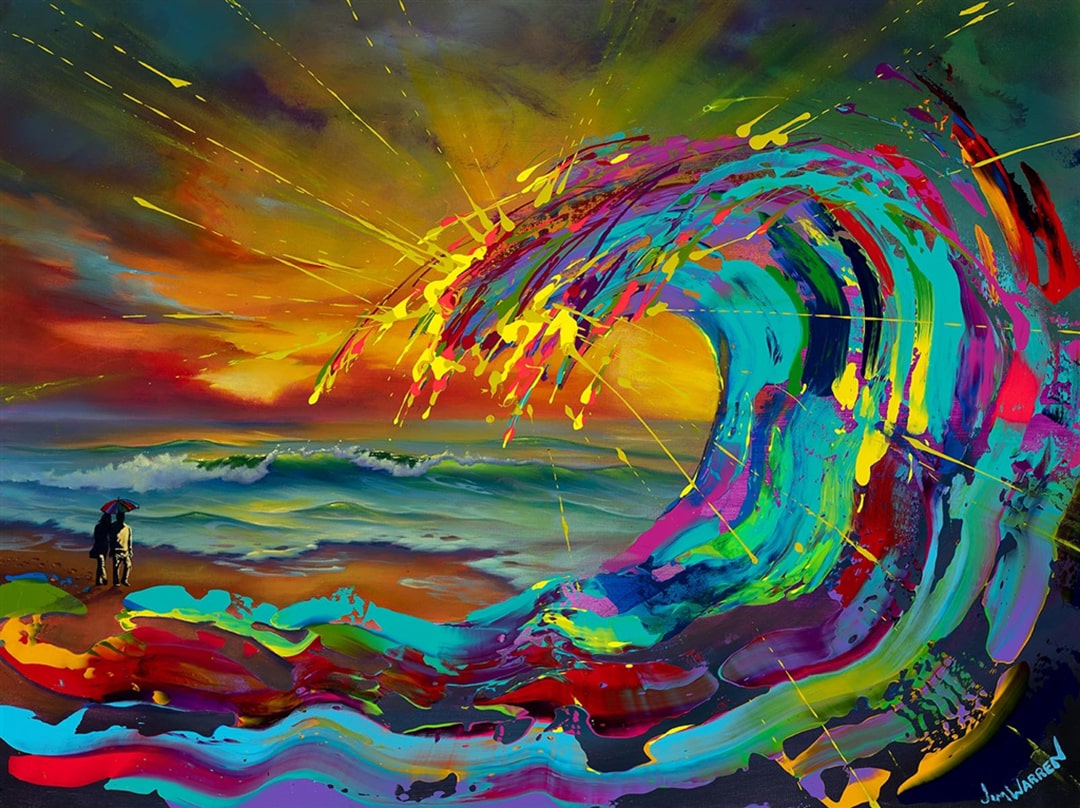 Artist Jim Warren weaves together ethereal paintings that transport the viewer to dreamlike worlds, where colors spring forth from ocean waves or an waterfall comes to life as a woman’s hair cascades down a hillside.

But what shaped this Neo-Surrealist, whose artwork has graced album covers for musicians such as Prince and Alice Cooper, book covers for authors such as Arthur C. Clarke, and posters for movies such as the “Night of the Living Dead” remake? 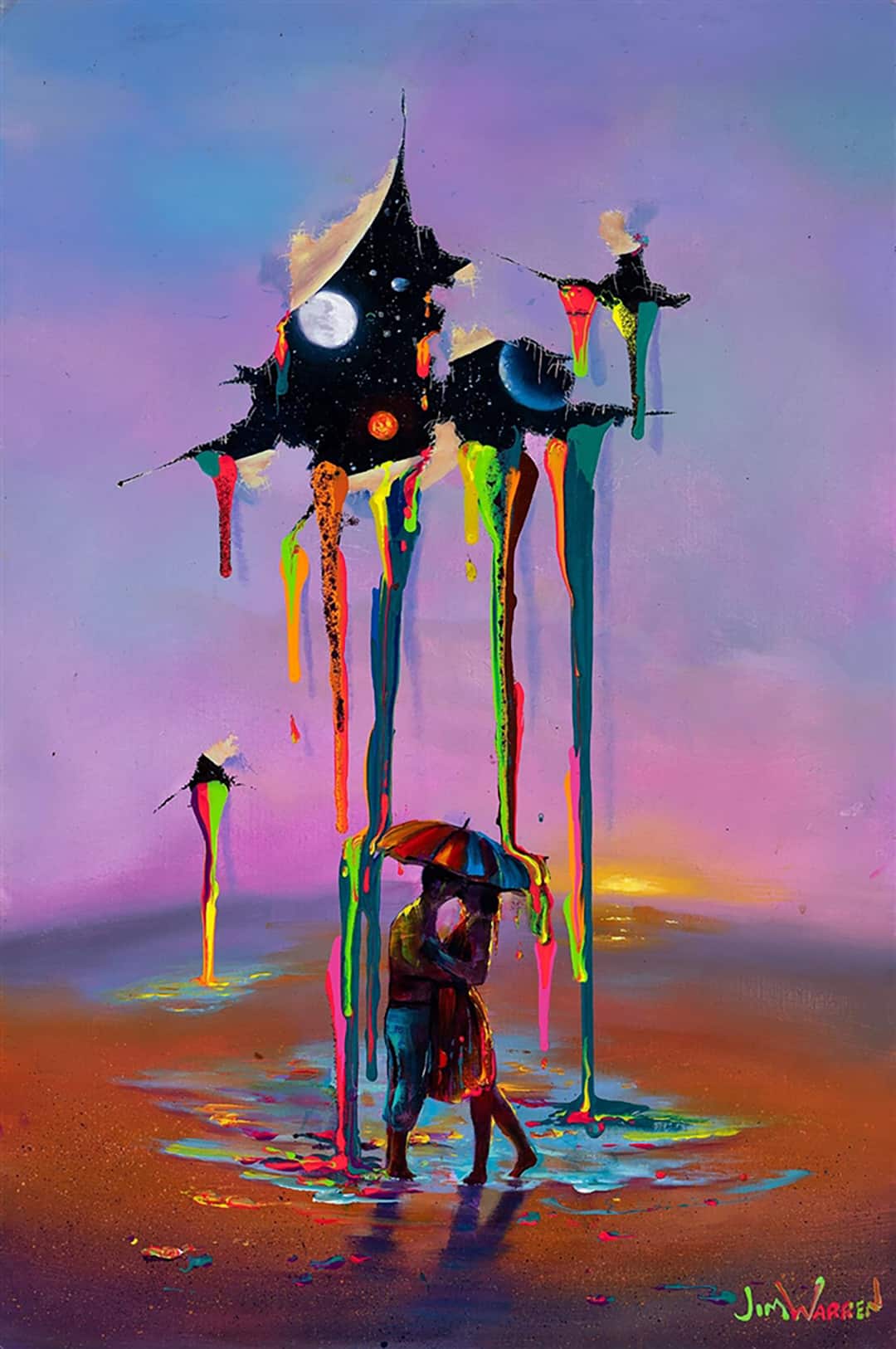 Warren says his first steps into the art world began by taking up drawing at the age of 2. He began painting in oil on canvas in 1967 during high school, hoping to paint in the fashion of Salvador Dali and other masters.

Aside Dali, Warren has been inspired by masters like Norman Rockwell and Rembrandt. He says one of his favorite mantras comes from Dali’s attitude: “to Hell with the rules, paint what you like,” while Rockwell’s realism and ability to tell stories with his expressive characters also captivated Warren. 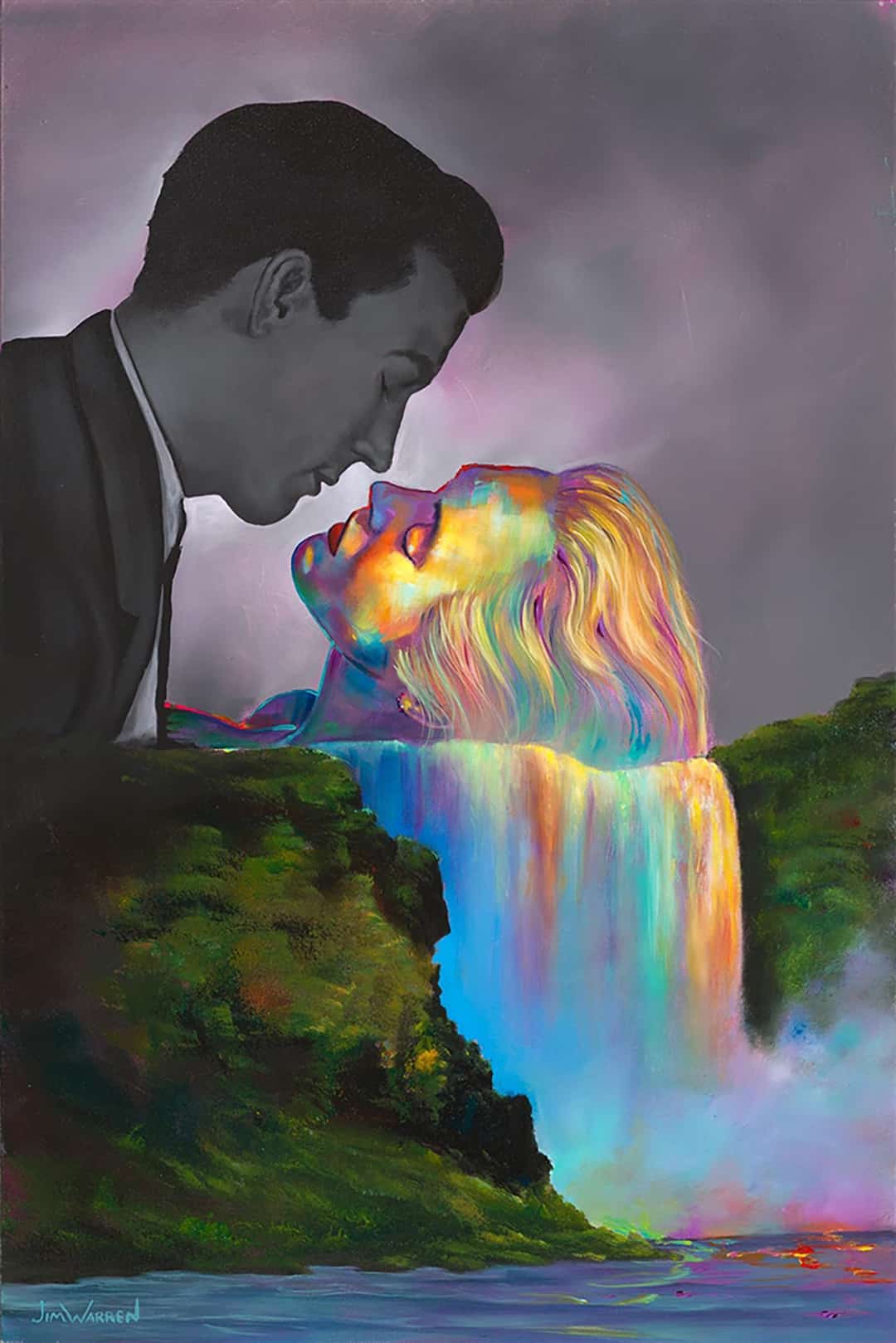 Given this blend of influences, Warren has adopted many different styles throughout his oeuvre, starting with his surrealistic fantasy style in 1969, and most recently experimenting with abstract paintings. It wasn’t until 2013 that he switched over to acrylic paint, finding he could still paint realism, but could also explore more abstract styles.

“People often ask how I keep painting for 50 years and not get bored, and I answer it is because I try to do different themes,” he says.

The ideas for Warren’s artwork originate from a variety of sources. A love song he is listening to may guide his brush to create a romantic scene, or memories of growing up by the beaches of Southern California inspire him to incorporate the ocean into many of his works. 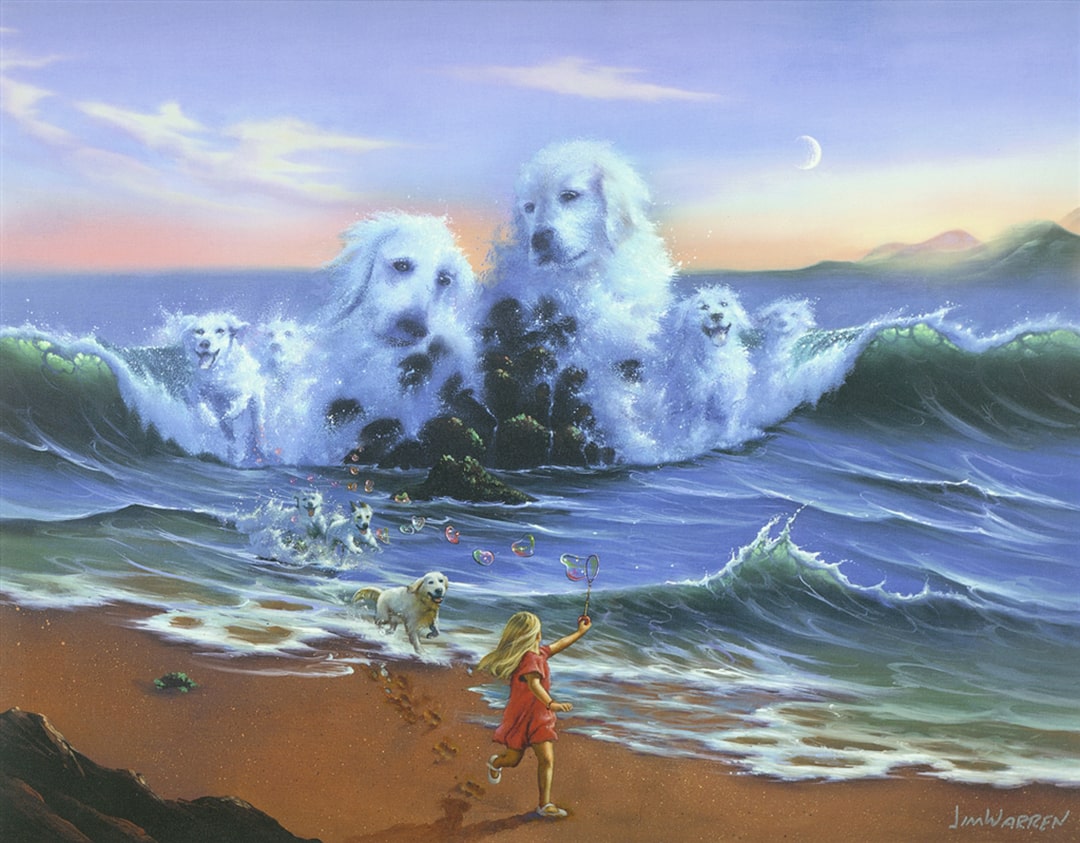 A portion of Warren’s career focused on painting illustrations for books, record albums and movie posters. He says album cover art in particular was something he dreamed of doing since the ‘60s when he was in high school.

“My first [album cover] was in 1978, and for me I loved to see my art in a store, in ads, billboards and to have my art connected to the music scene, to which music like Beach Boys and the Beatles had been a big inspiration to my art,” he says. 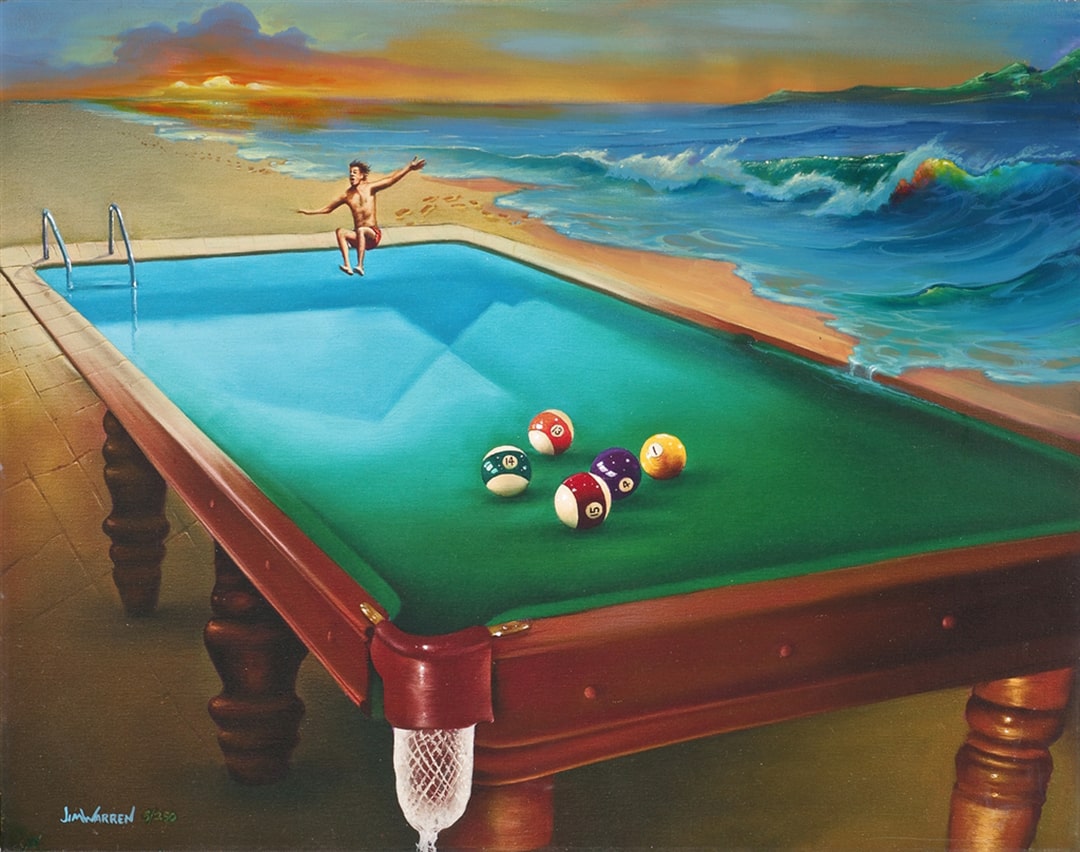 He says album covers and his other illustrative work pushed him to paint ideas or subjects he would not have thought of attempting.

“I had never painted horses until 1980 when the art director of Capital Records in Hollywood commissioned me to paint the cover of Bob Seger’s ‘Against the Wind’ album,” he says.

Pushing the boundaries of his art paid off. Not only did Warren’s style expand, but he gained recognition and exposure when Seger’s album won two Grammy awards in 1981, one of which was for best record package. Warren received a Grammy Award Certificate for his participation.

Warren’s partnerships only expanded from there. In 2004, he collaborated with Disney to create artwork featuring famous cartoon characters, and to this day incorporates them into his art with his unique style. In 2009, Warren partnered with fellow Park West artist Michael Godard to create a series of paintings that blended Warren’s alluring style with Godard’s lighthearted art.

“Collaborating with Godard was fun and very smooth, as I would simply think of a theme that is something I have painted similar, but we would think of fun ways his whimsical olives and martini glasses can interact within my painting as if they stepped into my world,” Warren says.

To collect the surreal art of Jim Warren, register for our exciting online auctions or contact our gallery consultants at (866) 654-2882 ext. 4 or sales@parkwestgallery.com. 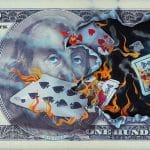 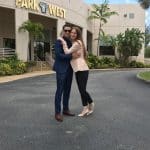