Examine the art of Linda Le Kinff – notice anything missing? 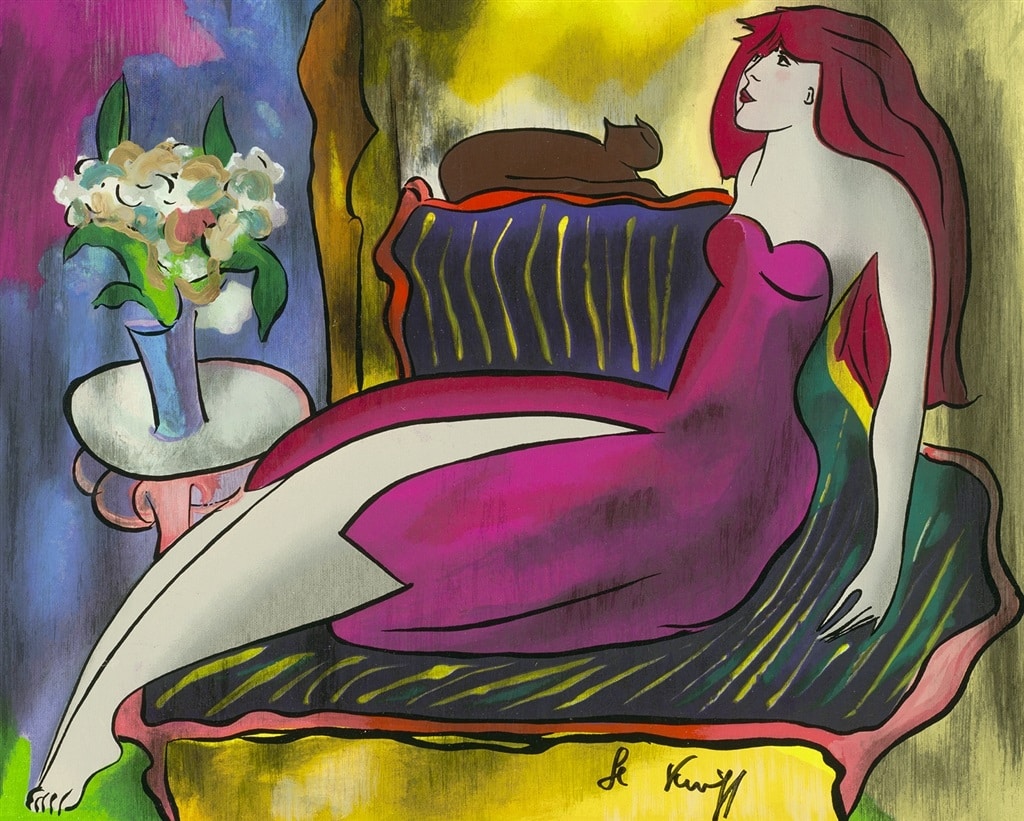 Amidst the elegant clothing, colorful settings, and musical instruments, there are no signs of 20th-century technology in her artwork. No computers, televisions, satellites, or smartphones. It’s as if Le Kinff has opened a portal to a time where everyone stops to smell the roses, enjoy the music and reflect.

Through her art, Le Kinff invites viewers to be like the subjects in her paintings, to relax and take a moment to appreciate life and their surroundings. As art historian, museum curator, and university professor Joseph Jacobs observed:

“The figures that populate her sensual paintings never look out at the viewer, and never acknowledge our presence. Instead they pose, often in an intimate private moment, ironically beckoning us to slip into their world and share their privacy. In other words, as viewers look on, unobserved, they discover they are not detached from the image — instead they curiously find themselves immersed in the pleasures, moods, and feelings of Le Kinff’s figures.” 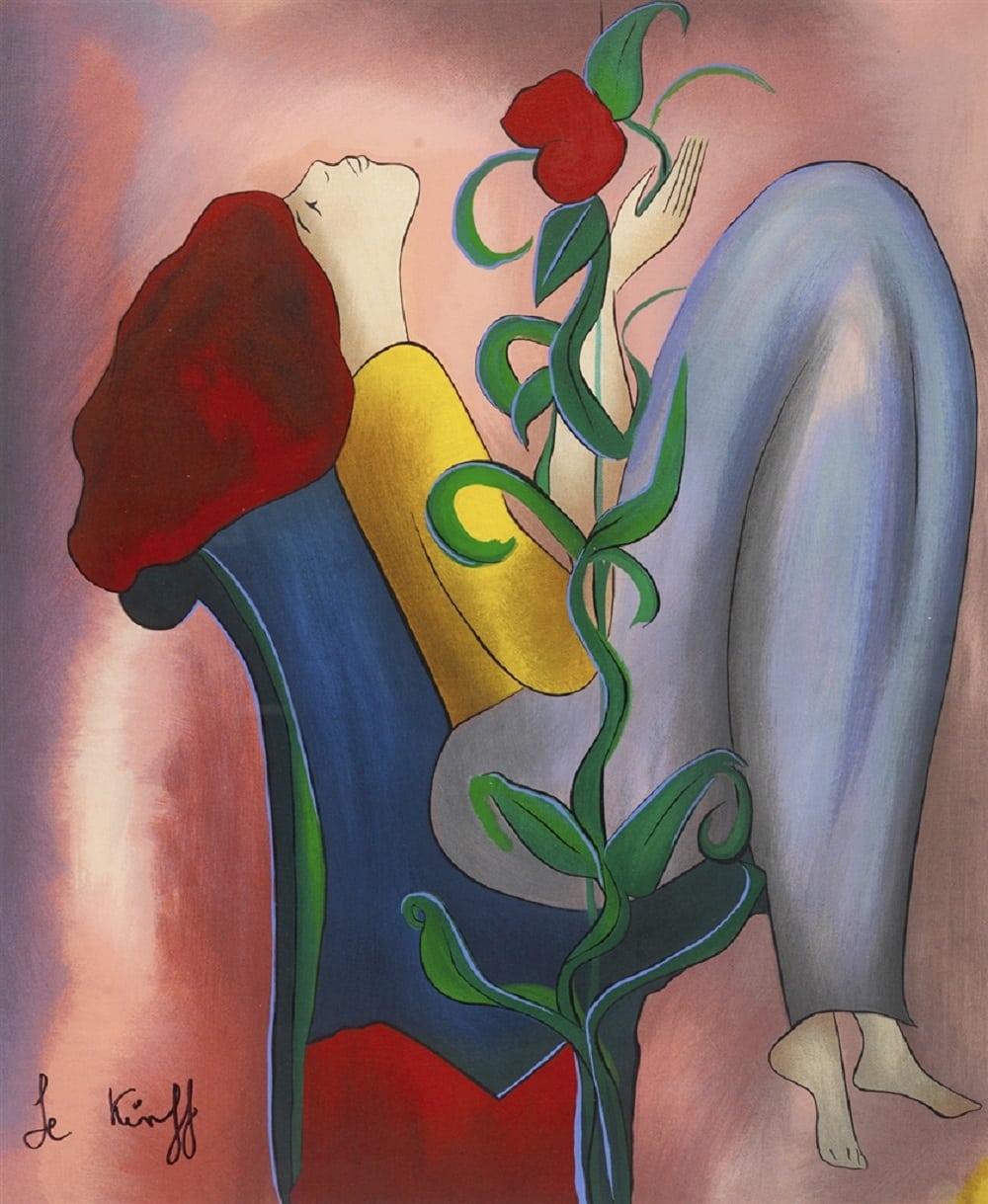 The majority of her oeuvre revolves around depictions of women. They are enjoying a myriad of simple but fulfilling pleasures, such as the company of a pet cat, the music of a string quartet, a cup of tea, or the smell of a flower. She doesn’t depend on models, believing she could not create freely if she did. Again, we turn to Jacobs, who states:

“Her images focus on the human figure, generally women, mostly in interior situations, with the intimated interiors often functioning like the containers of an emotion, mood, or spirit. This singular theme characterizes Le Kinff’s artworks as mood compositions that convey, to use the artist’s word, ambiance, and these pictures are as much about this mood as they are about anything specific happening in the scene.” 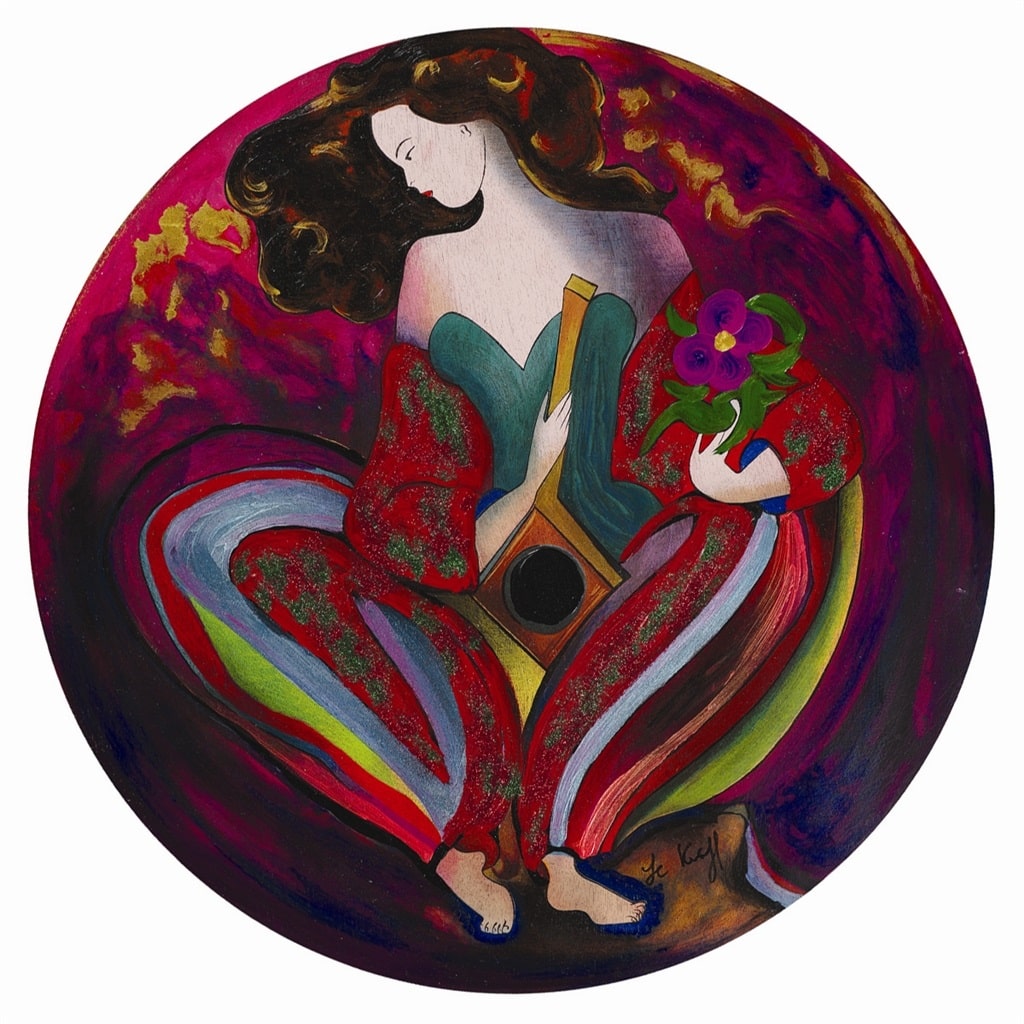 In terms of the settings and situations, much of her work is inspired by events she attends such as concerts or by what she reads. She lets her imagination take over, transcribing the musicians and music, or the characters she pictures while immersed in a book, onto her canvas.

“Only sound is missing, but I try to make it live in every expression, musician, and instrument,” Le Kinff says.

She has also been inspired by specific acts and occurrences, such as Cirque du Soleil performances, after which she creates circus scenes, or by her experiences as the official artist for the Kentucky Derby in 2010 where she was challenged to paint horses.

Her style can be described as Old World and European. Observers can sense the style of an artist who studied in Paris, much like the artwork of Henri Matisse, Amedeo Modigliani, and Pablo Picasso. Le Kinff grew up in Paris, the child of French and Brazilian parents. She traveled the world, studying for years in Italy as well as learning techniques from masters such as Okamoto Taro, one of Japan’s most famous post-war artists. 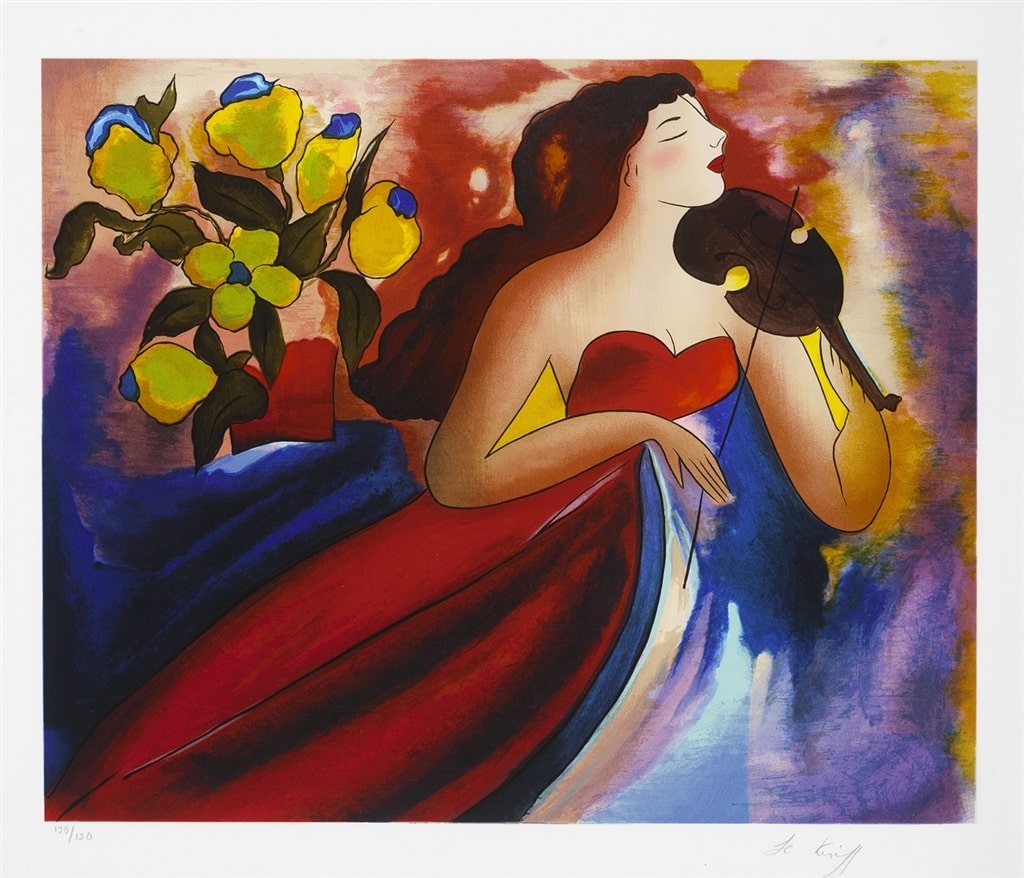 David Gorman, Park West Gallery Director, says the techniques she uses range from ancient to modern in origin, but even with all these influences, her art is unmistakably Le Kinff.

“Although influences of Braque, Modigliani, and Matisse clearly exist in Linda Le Kinff’s works, this artist has found a way to incorporate art history as a springboard to launch her own identifiably unique style,” Gorman says. “There is a significant difference between copying and translating. It is one thing to copy a Braque painting; but to translate that sensuality into a painting never seen before, that is an attribute of a modern master.”

If you’re interested in collecting works by Linda Le Kinff, register for our exciting online auctions or contact our gallery consultants at 1-800-521-9654, ext. 4, or at sales@parkwestgallery.com. 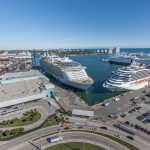 Did you help break a world record for cruise guests?Art News Links, Articles, Cruise Art Auctions at Sea, In the News 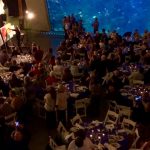