The Art of Capturing Love 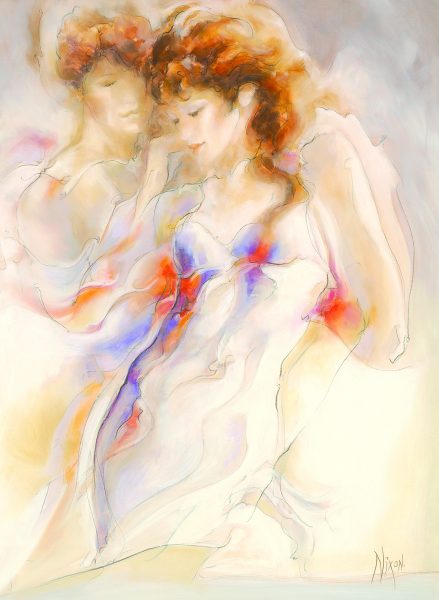 Artist Peter Nixon knew he didn’t want to be like his fellow art students who dressed in drab clothing and created angst-filled art.

Instead, Nixon chose a more optimistic and challenging path for his art – capturing happiness and love.

“It’s much harder to paint happy, so I wanted to do subjects that were about wonder, about the wonderful things in life – joy, enthusiasm, listening to music, falling in love,” Nixon says.

These positive themes form the basis of Nixon’s paintings. To portray these themes, Nixon often turns to the dynamics and movement of the human figure. Nixon’s schooling at the Bath Academy of Art reinforced his love of figure drawing. Nixon considers figure drawing the most fundamental and challenging subject an artist can produce.

“Human beings don’t sit still as statues, they’re moving, breathing things, and it was that that I wanted to create,” Nixon says. 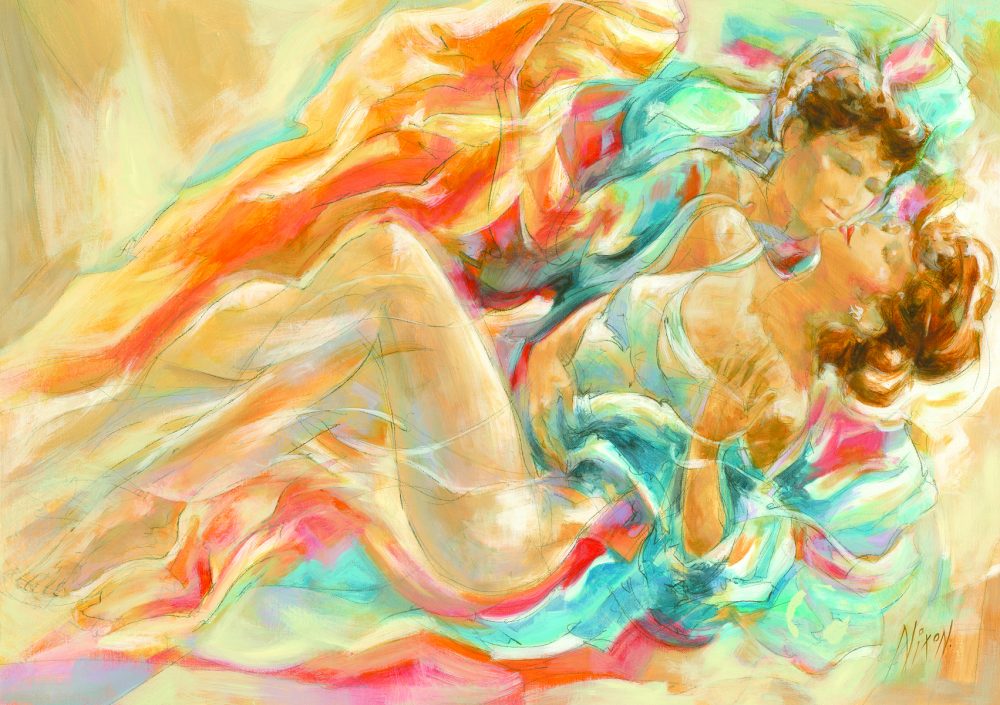 Nixon accentuates his themes of love and movement by adding textural aesthetics. Nixon says these elements draw inspiration from works by Italian artists such as Titian, Bellini and Tintoretto. His goal is to produce artwork that is as “sensuous” as the works by these masters.

“You always look at other artists and think, ‘Wow, I like that’ and you think, ‘Well, maybe I’m going to respond to that,’” Nixon says. 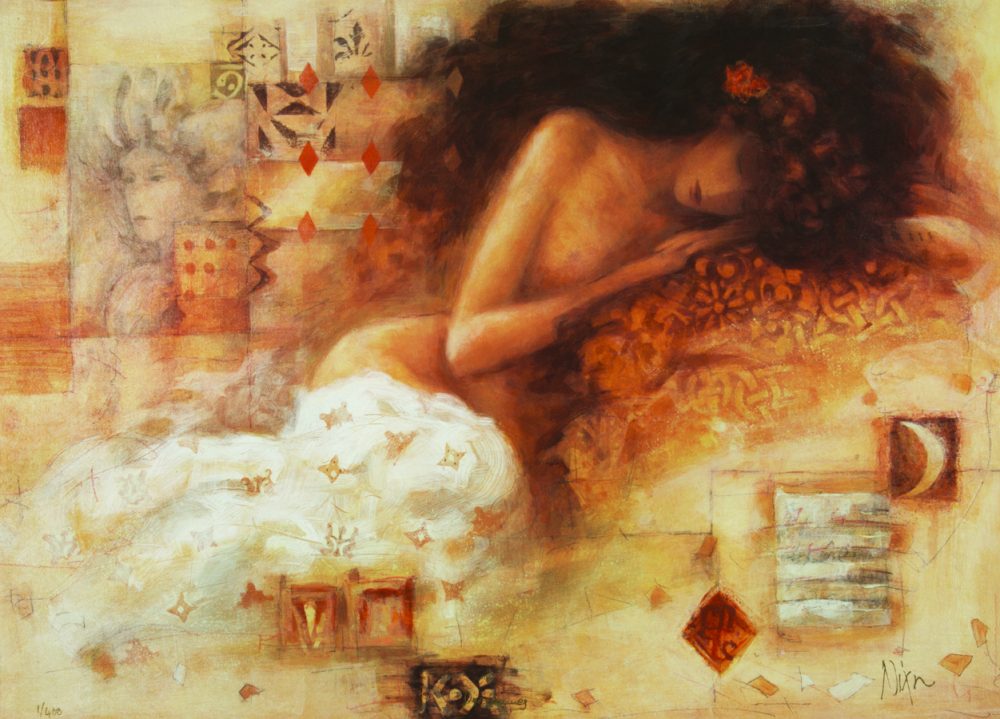 As much as Nixon strives to capture emotions like love, he admits he is glad he has never truly done so.

“There is kind of a contradiction in that you don’t want to capture it, you want it to be elusive because feelings are like that,” Nixon says. “It’s like that quantum theory, as soon as you look at something it changes, so happiness is actually an out-of-body state.”

He says feelings are fleeting and in the moment, so his paintings reflect those moments of happiness. Nixon draws on this idea in “Contra-Jour in Pearls,” where he depicts a woman in Venice watching a butterfly at her feet.

“The butterfly represents that elusive feeling, it’s fragile and you can’t capture it,” Nixon says. 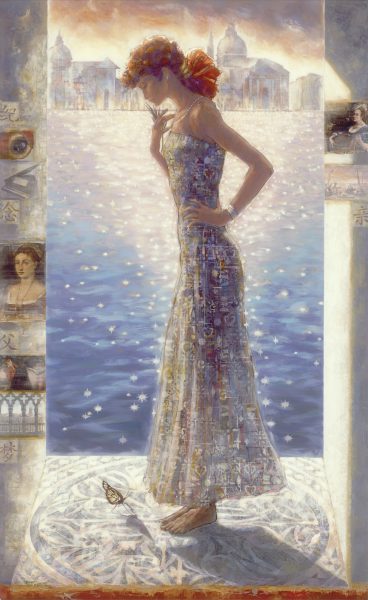 “It’s when you’re in that state of mind where it’s just doing itself, it’s channeling through you,” Nixon says. “Time goes by and you don’t notice where you are, you don’t notice your aches and pains.”

Be sure to view the artwork of Peter Nixon online and contact our gallery consultants at (800) 521-9654 ext. 4 or sales@parkwestgallery.com to learn how to collect these expressive works. 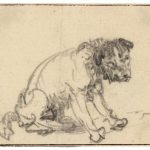 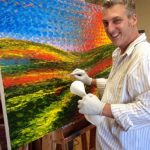