Artist Stephen Fishwick, known for his electrifying live painting performances, creates art that brims with energy, movement, and life. He dances, he throws paint, his brushstrokes are deft and full of purpose—he’s one of the most exciting artists working today.

In this new video profile from Park West Gallery, Fishwick takes us inside his studio and tells us the story of how he became an internationally acclaimed artist who has painted for everyone from Elvis to the San Diego Zoo. 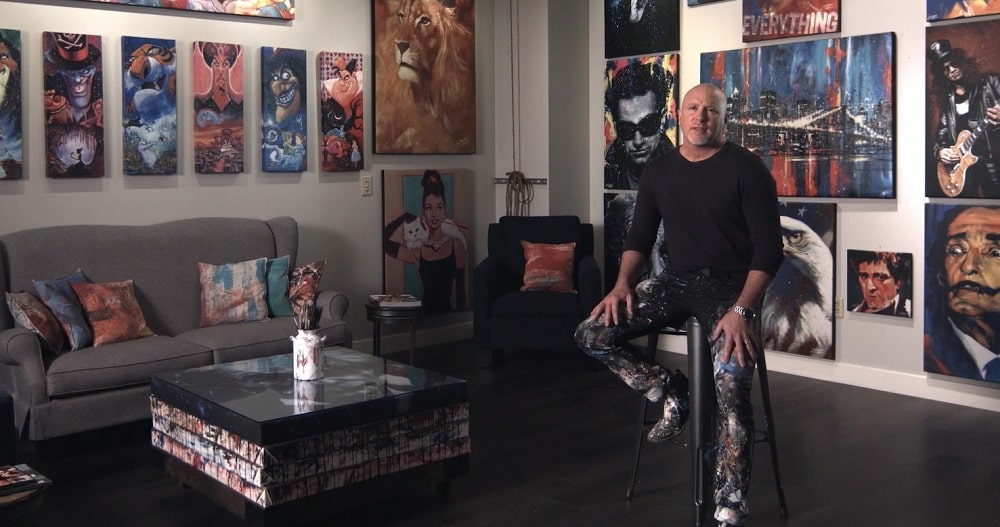 Earlier this year, Fishwick visited the Park West headquarters to talk to our auctioneers and associates where he went into even more detail about how he got his start in art.

Here are some fascinating excerpts from that conversation:

When did you first realize that you wanted to become an artist?

The sketchbook is where everything started for me. When I was a kid, I grew up on a small little farm in Ohio. We had horses, chickens, ducks, cows, whatever. I used to take my sketchbook out to the barn and spend the entire day just drawing the animals. And that’s really when I fell in love with animals too. 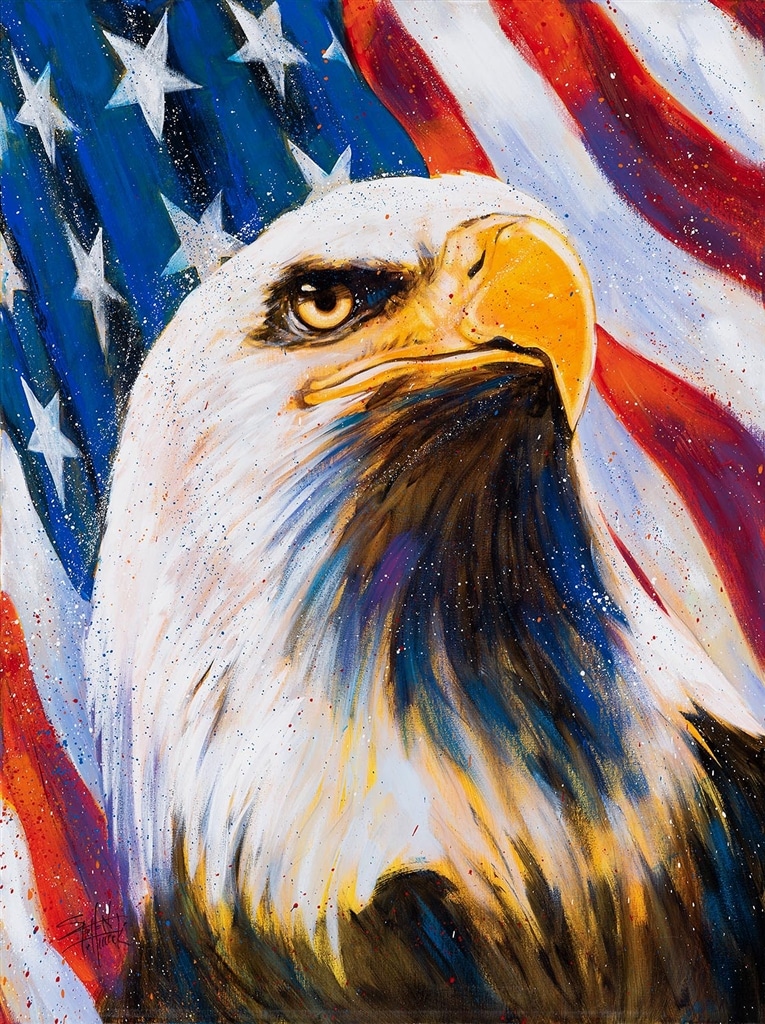 In your new video, you talk about being diagnosed with dyslexia—how did that impact your early life?

I remember, as a kid, I always believed that I had superpowers. I didn’t know the name of my superpower until I was halfway through my senior year of high school when I was diagnosed with severe dyslexia, which means I couldn’t process the written word. Up to that point, my superpower was always referred to as obnoxious. I was a daydreamer, a procrastinator.

But, fortunately, along the way I had some amazing teachers. I had an art teacher in 9th grade. They had made art a full credit. So they had added all these assignments to the art class. You had to write essays and tests and do homework. And my art teacher in 9th grade would pull me aside every semester and she’d say, “Hey, you’re failing this class. You turn in all your drawing assignments, which is 50% of the grade, but you’re failing the tests, you haven’t done any of the homework, and you’ve not written any of the essays.” 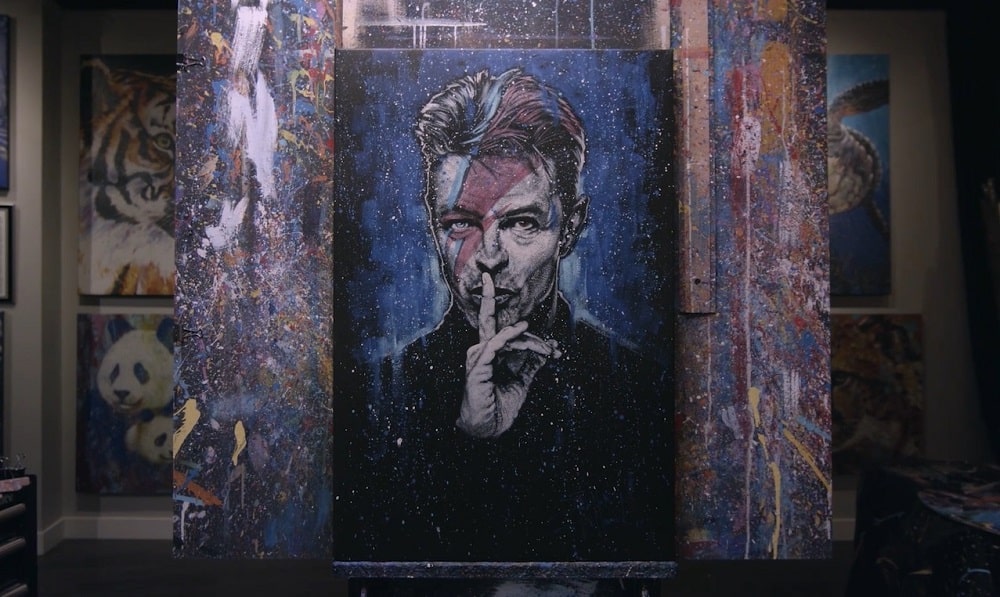 She said, “I’m going to give you an ‘A’ because no art school’s going to look at a kid who can’t get an ‘A’ in art.” And she continued to give me an “A” in art for the next four years of my high school career. That “A” got me to graduate.

And now you’re an internationally famous artist!  One of the coolest aspects of your art career is that you’ve had the opportunity to create art for so many famous people and rock stars. You’ve created art for the estates of musicians like Jimi Hendrix, Bob Marley, and Elvis—how did that all start?

It was about 12 years ago when Elvis Presley Enterprises (that’s the company that runs Elvis’s estate) approached me about doing paintings for their brand book. When anybody in the business of producing anything Elvis Presley, they get this book that has 60,000 approved images of Elvis Presley in it. And, within that book, there are 25 of my paintings. And so any company that’s making an Elvis product can choose one of my paintings to make a product. That’s kind of how licensing works. 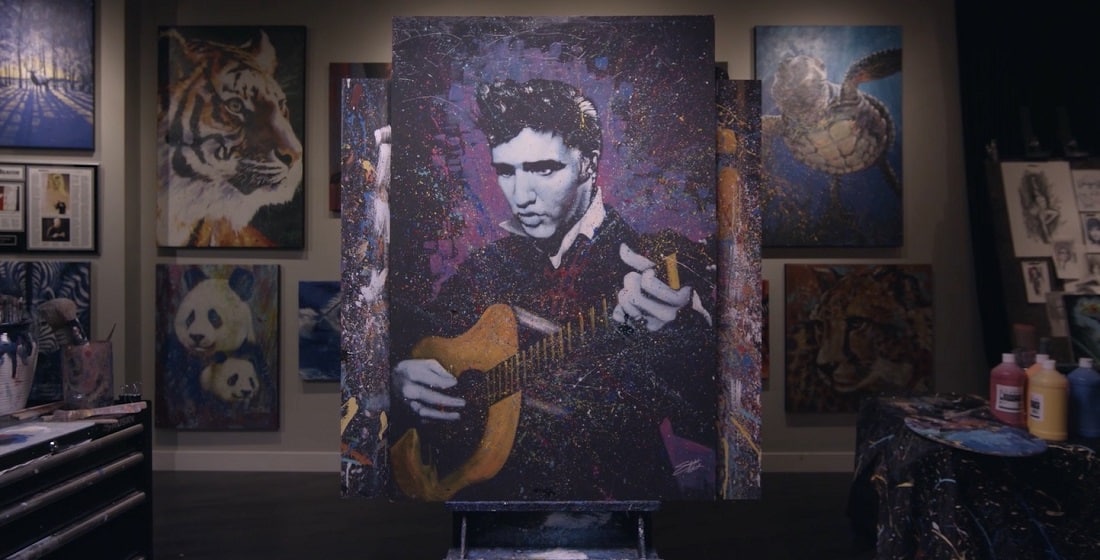 Once all of these larger estates came on board—Marilyn Monroe and Frank Sinatra and whatnot—some of the bands that I was more contemporary with started calling me up. The first one was Pink Floyd.

They were going on tour again and they weren’t putting any new artwork or albums out. And so they contacted me and said, “Hey, is there any way you could take our old cachet of album covers and do your artwork to it?” And so that famous “Dark Side of the Moon” painting with the prism and the rainbow coming out of it… there’s not much you can do with that. So I did a whole painting where I never touched the canvas. It was all thrown paint. And that became the number one selling image on that tour. 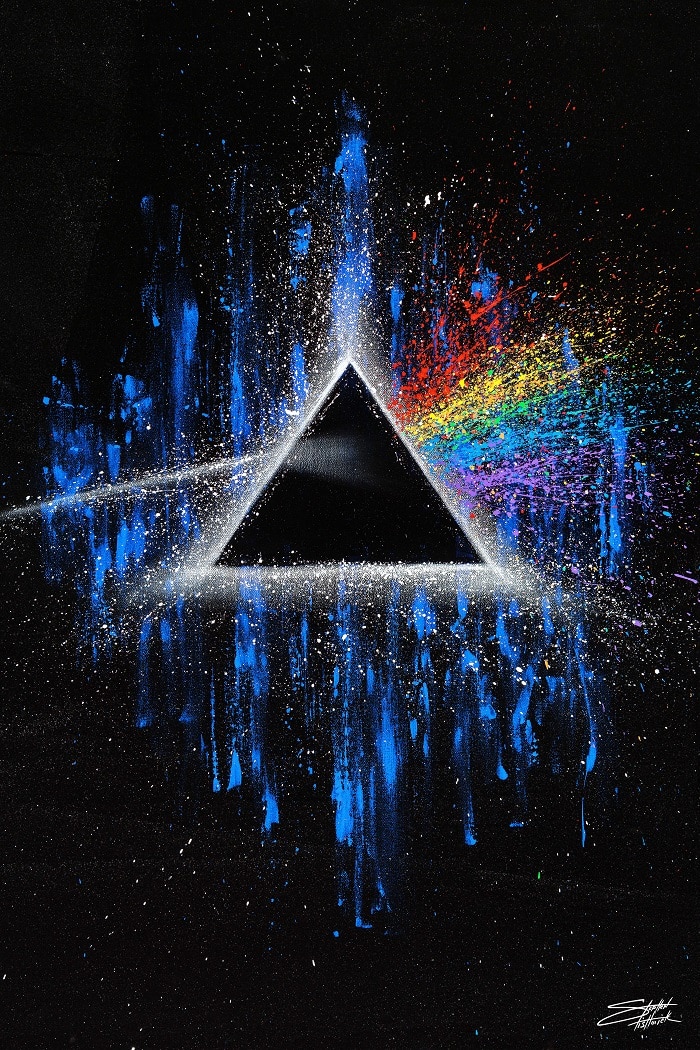 “Dark Side of the Moon,” Stephen Fishwick

That’s amazing! As an artist, can you tell us who were some of your biggest influences?

I’d say one of my biggest influences was Norman Rockwell. I had one of those grandmothers where you’d go over to her house and you weren’t allowed to touch anything in the house. But my grandmother had a big thick coffee table book on Norman Rockwell and she was a typist so she had all this typing paper.

And I would sit down and I would spend four or five hours just copying those Norman Rockwell paintings. Just drawing them. I don’t know if anyone’s done more Norman Rockwell’s than me other than him. But he was definitely one of my biggest influences. Him and Salvador Dali. 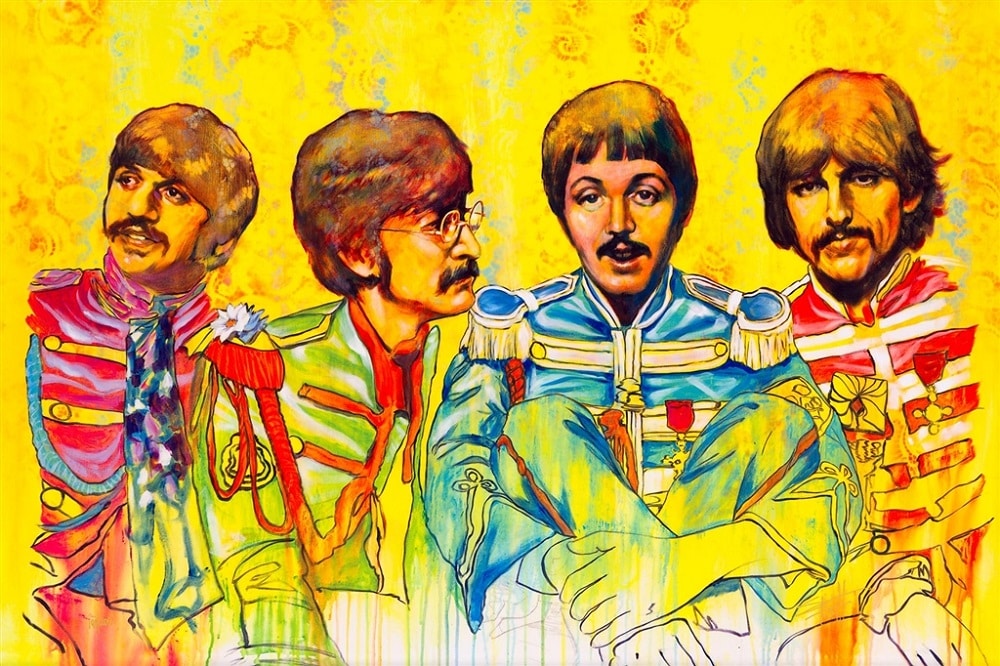 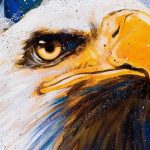 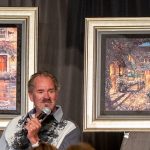