Remembering with the 9/11 art of Peter Max

The tragic events that occurred on September 11, 2001 in New York are burned into the country’s collective memory forever. As we reflect on those trying times, we also remember the relief efforts of artists such as Peter Max to help those who suffered.

Though Max wasn’t born in America, he fell in love with the country and what it stands for at the age of 15. He considers himself a “tried-and-true New Yorker,” so he, like so many others, was devastated following the attacks on September 11.

“I tried to do as much as I could to help the victims and raise money in support of them,” Max says in his book, “The Universe of Peter Max.”

To accomplish this goal, Max created a series of 9/11 art to benefit the September 11 Twin Towers and Survivors Relief project. Proceeds from the sale these American-themed works were donated to the funds, with Max considering it a “labor of love.” These patriotic works include: A work featuring the Statue of Liberty and American flag in the foreground and the Earth amidst a starry background. The imagery calls upon patriotism, but also Max’s desire to see world peace achieved. Max takes his love of liberty and multiplies it by five in this colorful work. The repeating pattern of the statue’s portrait alongside the U.S. flag evokes a sense of patriotism, reminding us of the freedom and creativity we celebrate in America.

It is worth noting that Max painted the famous statue’s portrait on Independence Day in 1976 and did so for many years after that, gaining the attention of the White House, where he painted his sixth portrait in the presence of Ronald Reagan. Lady Liberty’s portrait makes an appearance alongside a full figure painting and Max’s rendition of the U.S. flag. Max again draws upon American icons like the Statue of Liberty to reflect his love of America. Max worked with Lee Iacocca of Chrysler in the ‘80s to raise funds to restore the Statue of Liberty.

Liberty and Justice For All Lady Liberty receives a Warhol-like treatment with Max’s colors and style. One interpretation to consider is that depicting the Statue of Liberty in so many different colors visually shows that all deserve liberty and justice, regardless of race or background.

Land of the Free, Home of the Brave This work varies from its counterparts. Though it still features the iconic Lady Liberty, she looks more like a miniature placed in what could be a memorial for 9/11 victims. The artwork reminds us to never forget those who we lost on that tragic day. A bold, impactful expression of patriotism with the Statue of Liberty set in front of Max’s colorful U.S. flag. Combined with its title, Max captures the feeling of camaraderie and unification the country and its citizens felt following the tragic events at the World Trade Center and Pentagon.

Max also created portraits of the 356 firefighters who lost their lives at the Twin Towers and the Pentagon. He acquired photographs of the firefighters used on photo IDs to paint each portrait.

Each work was wrapped in an American flag and given to the surviving family members during a ceremony at Madison Square Garden. In “The Universe of Peter Max,” he describes the emotional project:

“As I painted them, it was as though their gazes were looking directly at me…They could have been my friends or my relatives, and were all my fellow Americans. And all heroes.” 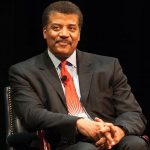 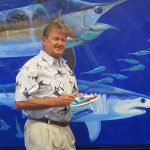