Record-setting Harmony of the Seas set sail for first time Harmony of the Seas leaves the STX shipyard in St. Nazaire, France for her first sea trial. (Photo courtesy of RoyalCaribbeanPressCenter.com)

The world’s largest cruise ship, Royal Caribbean International’s 227,000-gross-ton Harmony of the Seas, took to the ocean for the first time on March 10.

The occasion marks the first in a series of sea trials that will test the ship’s electric power plant, propulsion system as well as its maneuverability. The ship set sail with 500 people on board from Saint-Nazaire and returned to port on March 13.

Harmony of the Seas is the sister ship to the cruise line’s Allure of the Seas and Oasis of the Seas, the former being the current record holder as largest cruise ship. By comparison, Harmony of the Seas weighs 1,718 tons more than Allure (225,282 gross tons). Harmony has the capacity for 5,497 guests and 2,300 crew members.

Along with being the largest cruise ship, Harmony’s attractions and features are among the firsts for Royal Caribbean. One such amenity is a pair of side-by-side slide dubbed The Ultimate Abyss, which towers more than 150 feet above sea level. The Bionic Bar, a venue featuring robotic bartenders that first appeared in the line’s Quantum-class ships, can be found aboard as well. Harmony is the first Oasis-class to feature the bar.

Like its sister ships, guests can enjoy the line’s Central Park and Royal Promenade features on Harmony. Other attractions include zip lines, an adults-only enclave and a sports deck. Park West Gallery is pleased to hold its exciting art auctions at sea aboard this record-setting ship as well.

Harmony is scheduled for delivery to Royal Caribbean on May 12, and will depart on May 15 for Southampton, U.K. Her maiden voyage is slated for May 29, 2016 to the Caribbean. Harmony will call Fort Lauderdale, Florida its homeport alongside its older sisters, Oasis and Allure.

Harmony is just one of the ships setting sail this year. Check out the other new cruise ships that will make their maiden voyages in 2016. 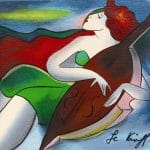 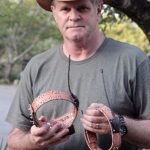