Picasso and the Avant-Garde in Paris

PHILADELPHIA — A new exhibit at the Philadelphia Museum of Art focuses on Modern Masters including Picasso, Braque and Chagall–commonly known as the School of Paris. Through April 25, Picasso and the Avant-Garde in Paris will feature 214 paintings, sculptures, and works on paper.

“The exhibition follows the trajectory of Picasso’s career from his early experiments with abstraction to his pioneering role in the development of Cubism, as well as his dialogue with Surrealism and other important art movements in the ensuing decades. The exhibition will also explore the important role that the city of Paris played in the history of modern art during the first half of the twentieth century, when artists from around the world followed Picasso’s example and moved to the French capital. It will include works by expatriate artists like Marc Chagall, Jacques Lipchitz, Patrick Henry Bruce, and Man Ray, who collectively formed a vibrant, international avant-garde group known, for posterity, as the School of Paris.”

For more information on this exhibit, please visit www.philamuseum.org

Park West Gallery has become one of the longest running and largest dealers of Pablo Picasso graphic works internationally. Our current collection, both archived and actively offered, includes over one thousand five hundred works, including drawings and mixed media unique works, etchings, aquatints, linoleum cuts, lithographs, and ceramics, all rigorously authenticated, guaranteed and selected based on the highest quality and value. Visit picasso.parkwestgallery.com to learn more. 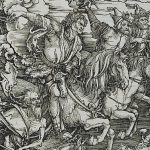 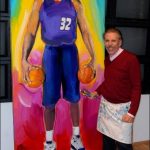