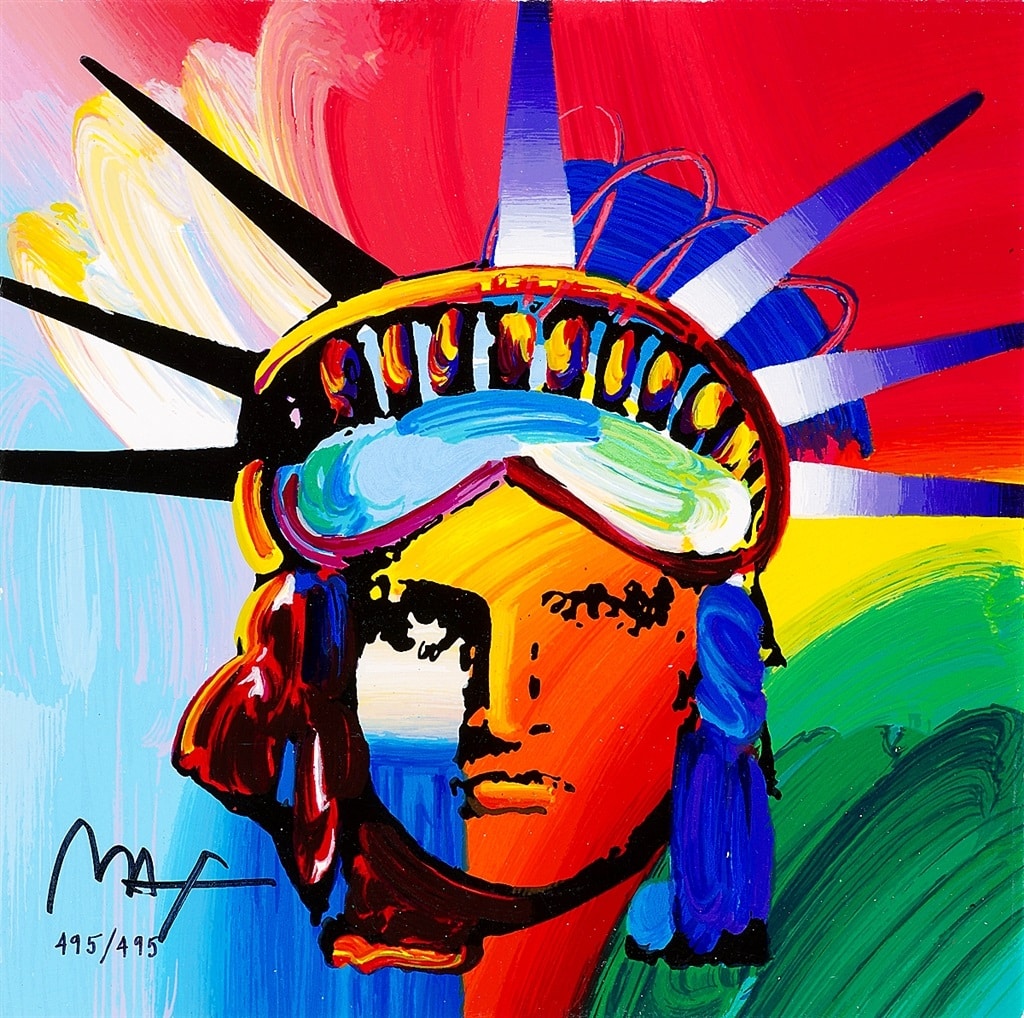 Iconic Pop artist Peter Max has several recurring images that he’s returned to throughout his prolific career, but perhaps none are more famous than the Statue of Liberty. Max has been enamored with the statue since ever completing his first portrait of it 42 years ago.

Standing at 305 feet tall, the Statue of Liberty is a symbol of freedom, optimism, and friendship among nations. Lady Liberty’s classic design is based on the Roman goddess Libertas, the embodiment of liberty.

However, in the early 1980s, the statue hardly resembled a goddess. It was cracked, crumbling, and in desperate need of restoration. Fortunately, its salvation came from an unlikely source—Max.

The story begins during America’s Bicentennial in 1976. In his book “The Universe of Peter Max,” the artist describes how he first began regularly painting the statue:

“To celebrate the Bicentennial, on July 4, 1976, I painted my first portrait of the Statue of Liberty on Independence Day. It became an annual tradition, and each year since I have painted her in an increasing number: in 1977, I painted two portraits; in 1978, three; and so on. In 1981, I was delighted when Nancy Reagan invited me to paint six portraits of the Statute of Liberty at the White House for that upcoming July Fourth. It was Ronald Reagan’s first year in office and it was the sixth year of my Liberty painting tradition; she said they would be honored if I would paint for them.” 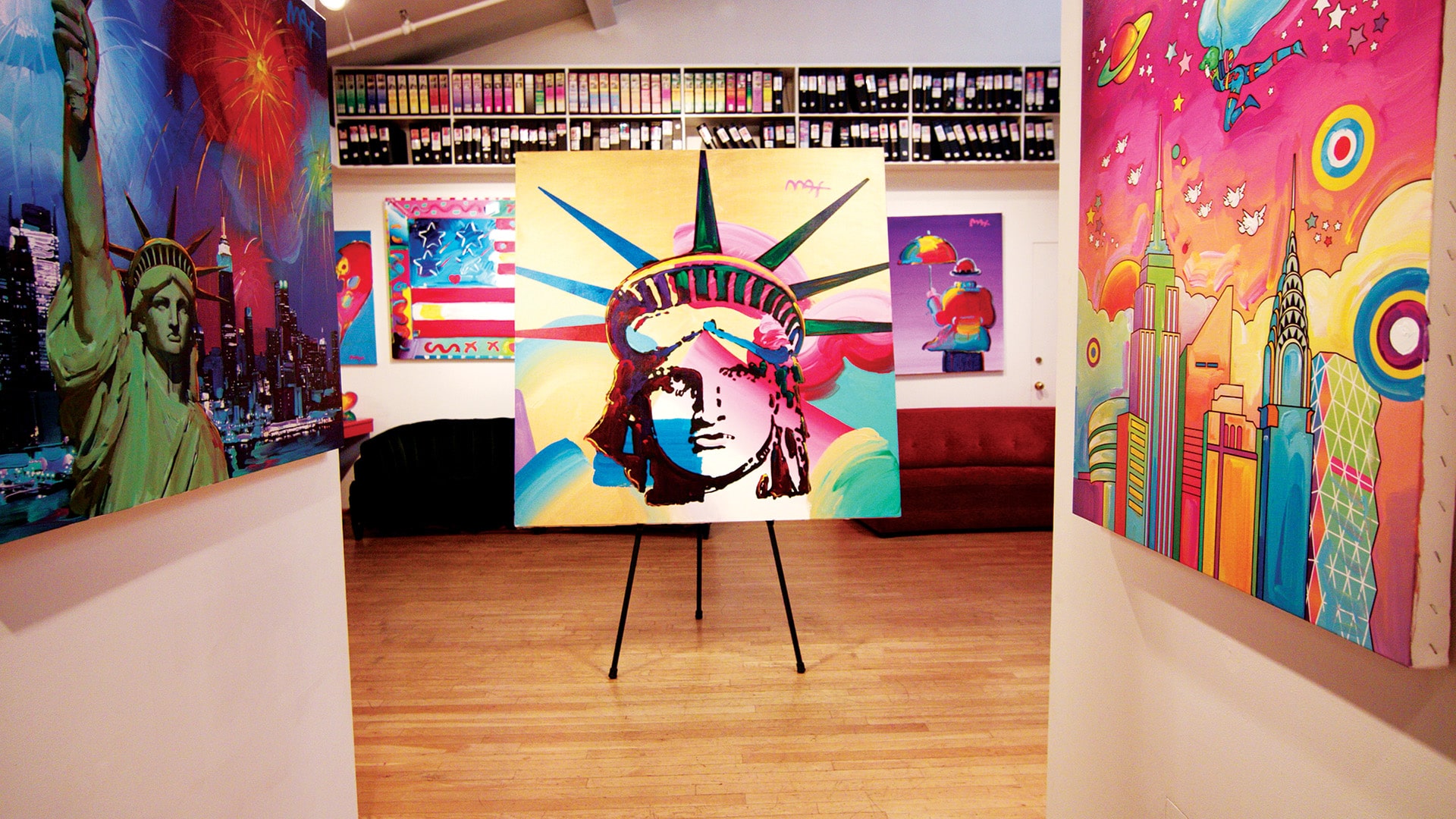 One of Max’s “Liberty Head” paintings posed in front of a backdrop of five of his other iconic designs at Max’s New York City studio.

Max completed his paintings on six eight-foot-tall canvases at the White House. Only after finishing the project did Max learn of the statue’s deteriorating condition—studies had concluded that structural failure was looming due to corrosion and wind damage. 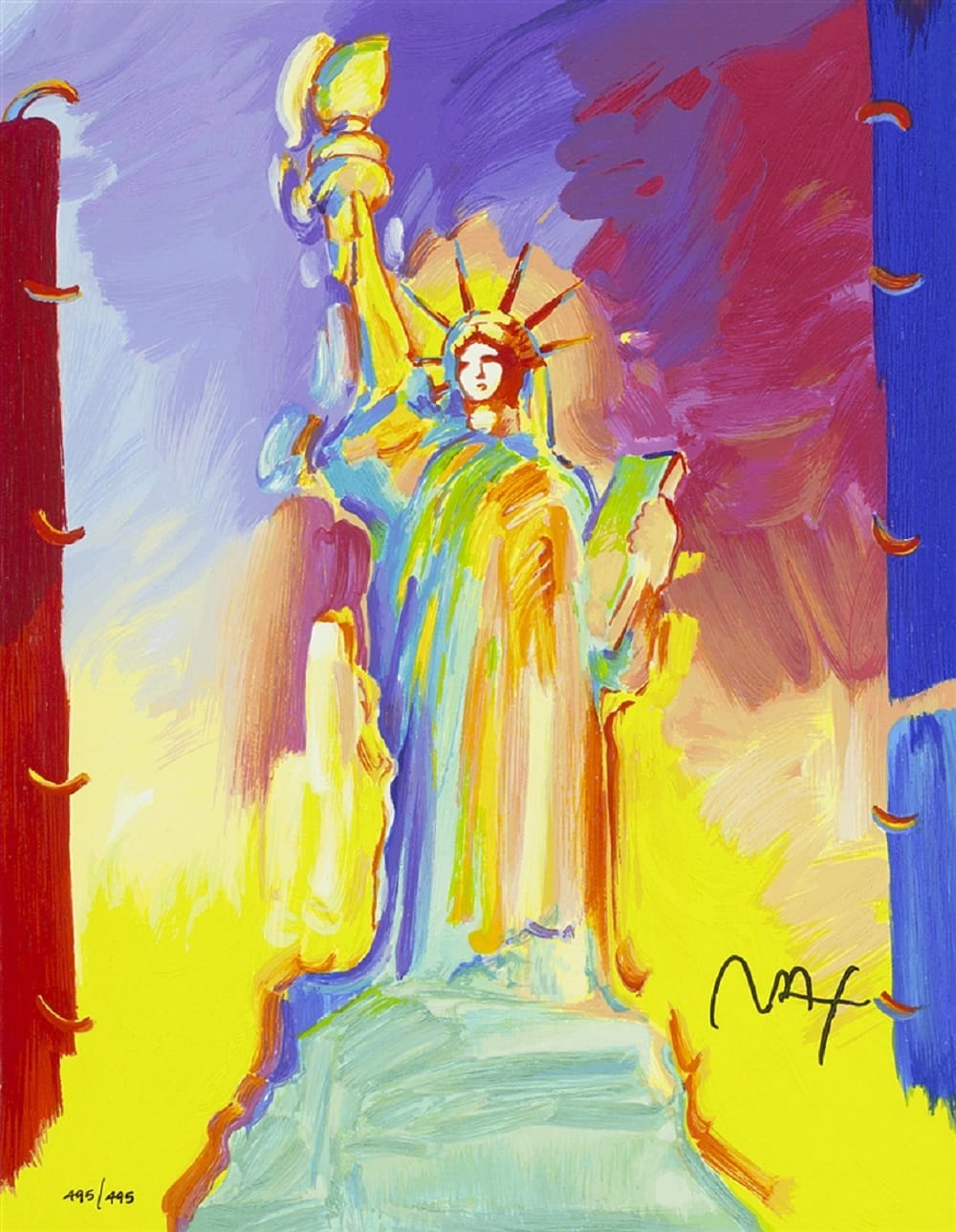 A few days later, Max received a thank-you call from Nancy Reagan, which gave him the opportunity to bring up the idea of restoring the statue. The First Lady said the White House couldn’t fund the project, so the restoration would have to be funded privately.

Max racked his brain to figure out who could sponsor the ambitious project. He met with the president of an advertising agency to see if one of their clients, Air France, might be interested. After all, France originally gave the statue to America. Instead, during their conversation, Max and the agency president realized they could present the project to the late Lee Iacocca, chairman of Chrysler Corporation, who was looking for new public relations opportunities. Iacocca loved the idea. 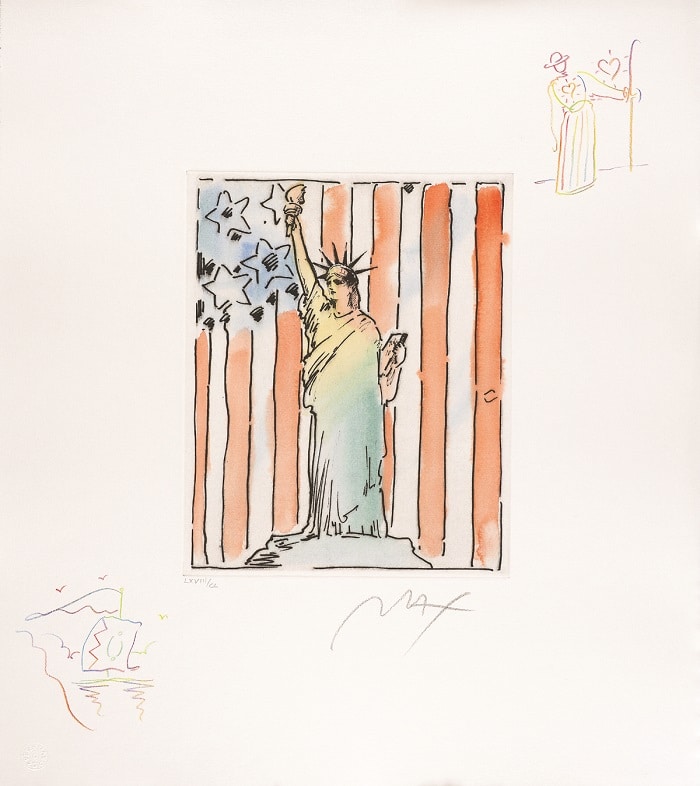 In May 1982, President Reagan formed the Statue of Liberty-Ellis Island Centennial Commission, led by Iacocca. The commission raised more than $350 million in donations to restore the statue, with Max remaining deeply involved in the process.

After four years of work, the renovated statue—including a new torch covered in 24-carat gold—reopened to the public in 1986. The weekend of July 3-6, 1986 was declared “Liberty Weekend,” with President Reagan presiding over a re-dedication ceremony for the statue. 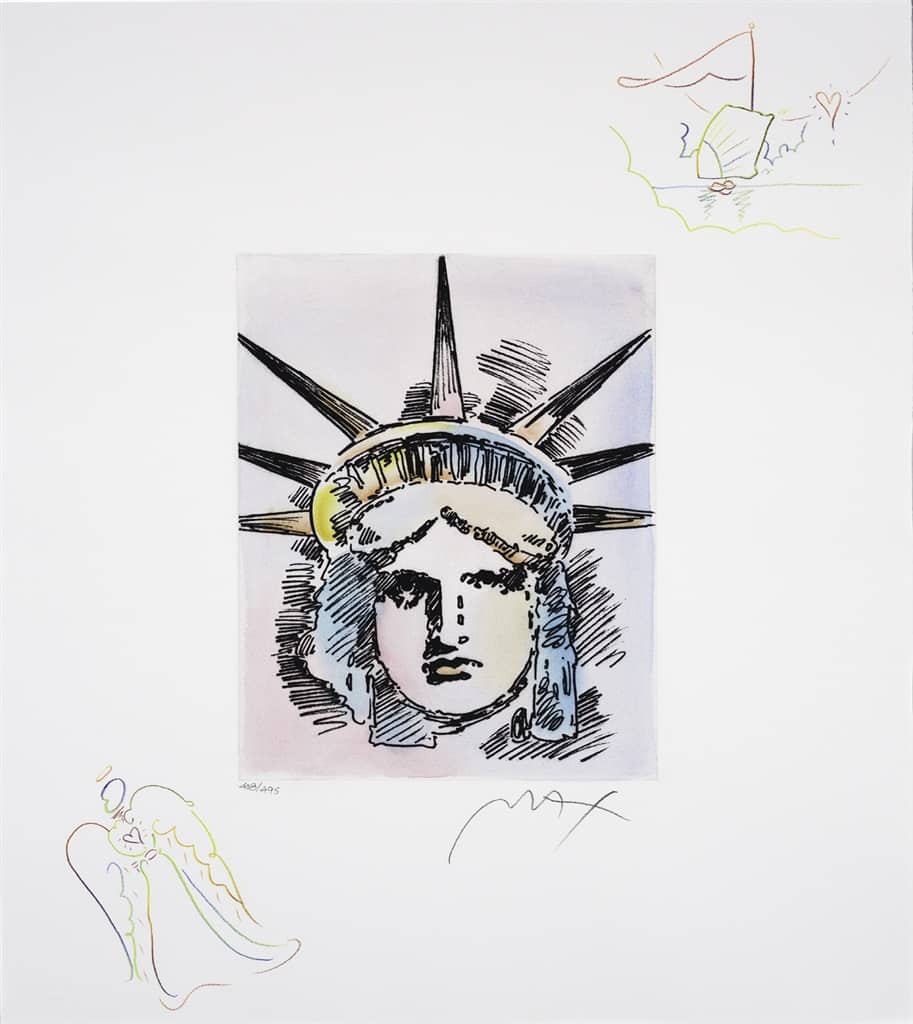 Max celebrated in the best way he knew how—creating 11 new Statue of Liberty paintings, maintaining the tradition he started 11 years ago that led to Lady Liberty’s restoration.

Recounting the event in his book, Max said:

“As the statue was unveiled, fireworks exploded in the sky. The bold flashes of color inspired me to paint the portraits in a whole new color palette akin to the Fauvist techniques of my earlier studies. The next day, when reading the media’s coverage of the event, I was so pleased when a reporter recognized the source of my inspiration and labeled my new paintings ‘Neo Fauve.’”

To collect the art of Peter Max, attend one of our exciting online auctions or contact our gallery consultants at (800) 521-9654 ext. 4 or sales@parkwestgallery.com. 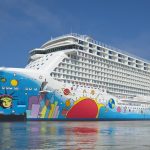 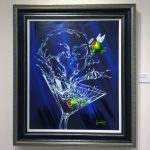