Peter Max and The Beatles: Friends, Artists, Icons of the 1960s 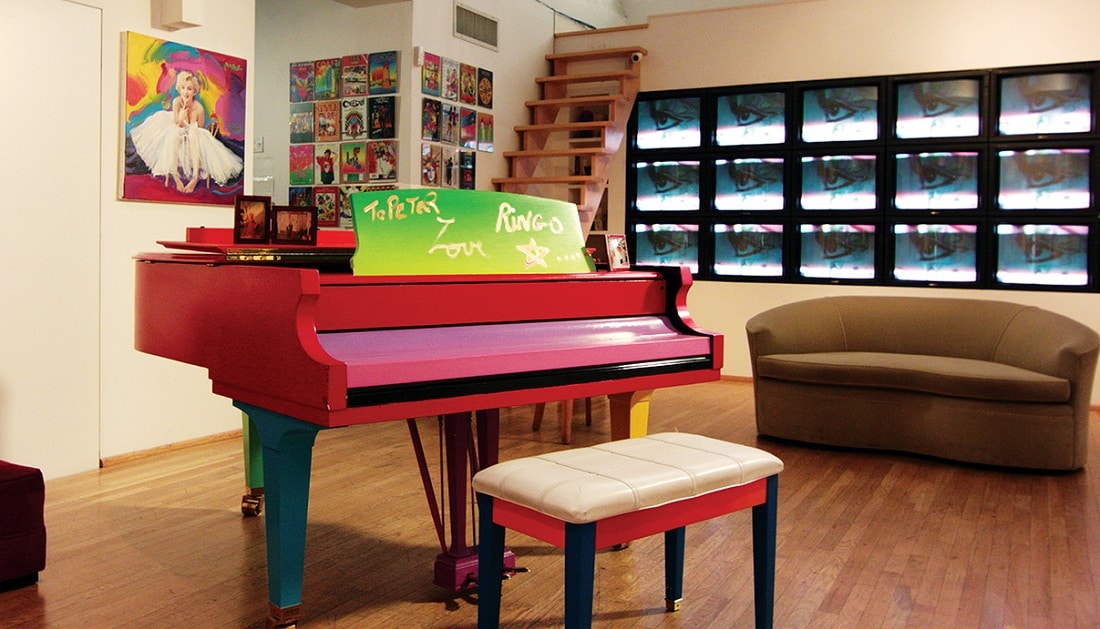 A piano signed by Ringo Starr in Peter Max’s studio.

Two of the biggest cultural innovators of the 1960s were artist Peter Max and the legendary rock group The Beatles. But did you know that Max was actually close friends with John, Paul, George, and Ringo?

All five men emerged as artists during the same era. Max co-founded his first art studio in 1962. The next year, following a series of successful residencies in Hamburg, Germany, The Beatles released their very first studio LP, “Please Please Me.” By the end of ‘60s, almost everyone in the world knew the names Peter Max and The Beatles.

Beyond just being contemporaries, Max and The Beatles shared many common interests—music, art, Eastern culture, and yoga—so it’s not surprising that their paths intersected multiple times throughout their careers.

Many assume that Max created the designs for The Beatles’ iconic 1968 animated film “Yellow Submarine.” While his cosmic artwork is definitely a spiritual cousin to the film’s iconic aesthetic, he only did early consulting work for the project. 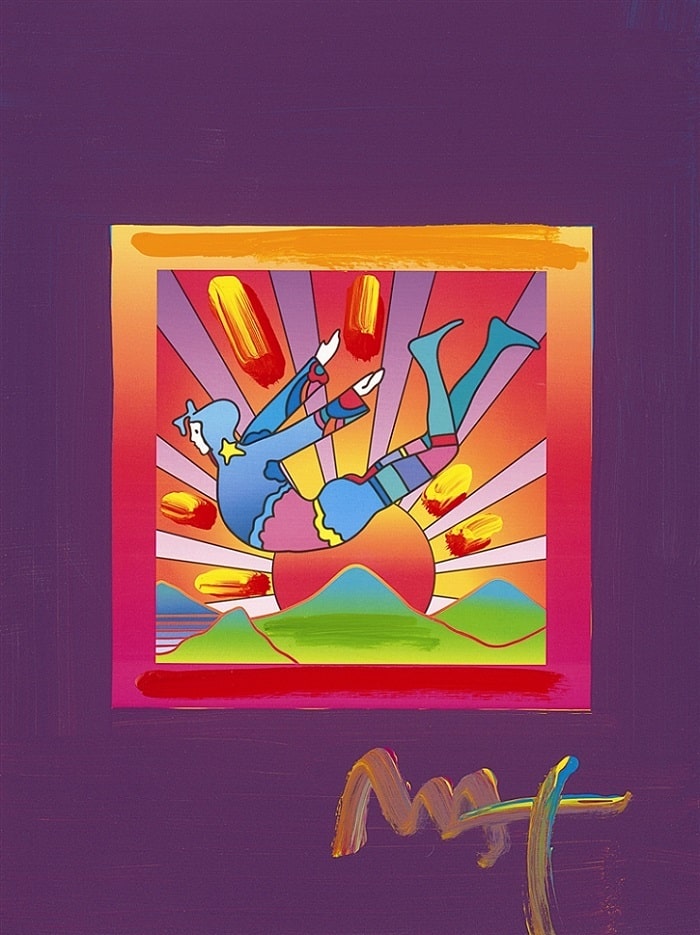 In an interview with Westchester Magazine, Max noted that John Lennon called the artist personally to ask him to work on “Yellow Submarine.”

“I was very, very close friends with The Beatles, and they were going to make a movie,” Max said. “I remember getting a call from John, saying they wanted me to do it. … And then I flew to Europe and found out that they wanted me to stay in Europe for seventeen months and make the whole film.”

However, Max didn’t want to be separated from his family for the film’s long production schedule. Instead, Max recommended artist Heinz Edelmann, who, at the time, had business cards introducing himself as “The German Peter Max.”

In an interview, Max said that the end result was “similar in some ways to my ’60s art but even more similar to Pushpin Studios artists Milton Glaser, Seymour Chwast and John Alcorn.” 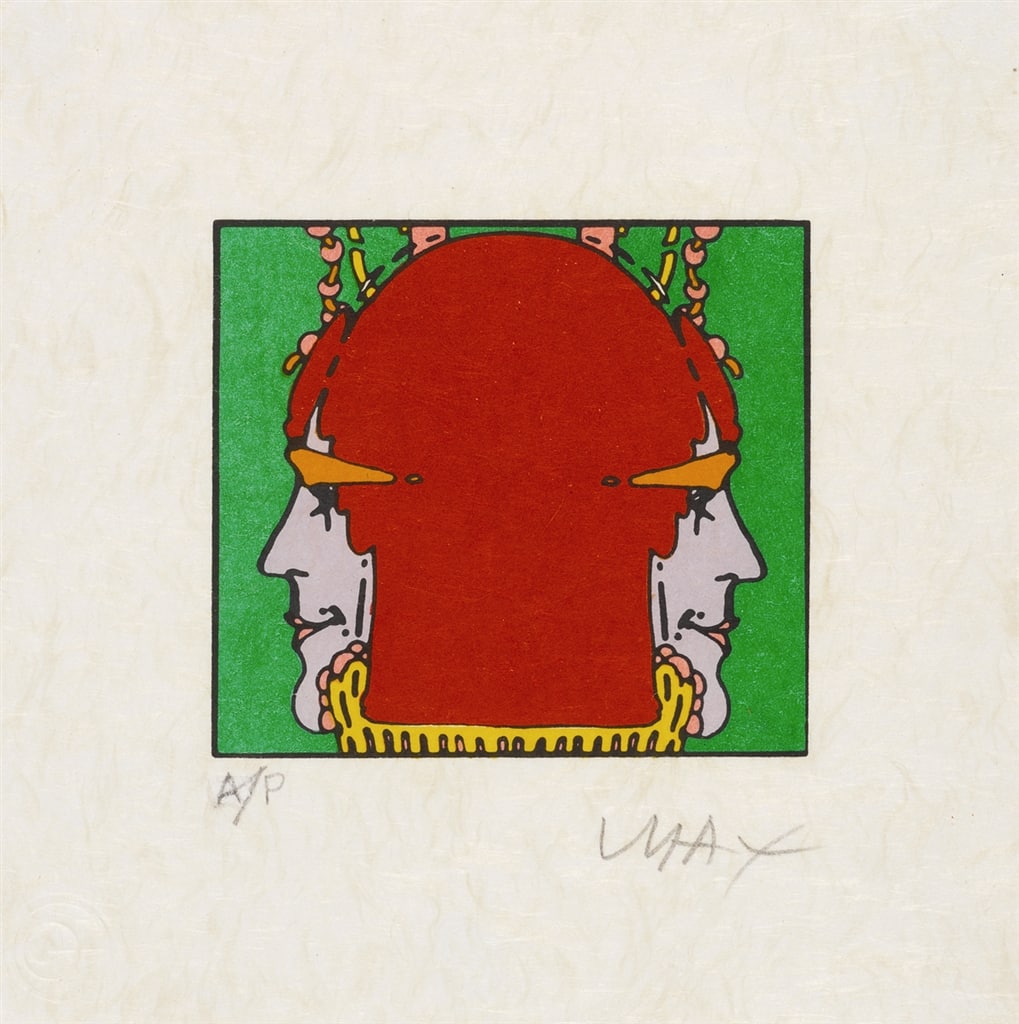 “Seeing Everything” by Peter Max 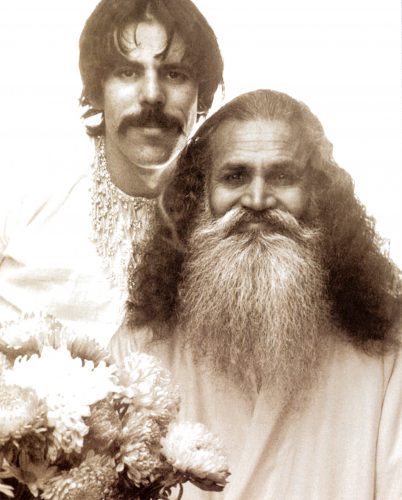 Max was a pivotal figure in popularizing yoga in the United States. In 1966, he met the Indian guru Sri Swami Satchidananda who taught Max all about transcendental meditation and yoga. That same year, The Beatles’ George Harrison embraced similar teachings from the guru Maharishi.

The two friends helped spread their swamis’ teachings across the U.S. and the U.K., even working together at New York’s Integral Yoga Institute. 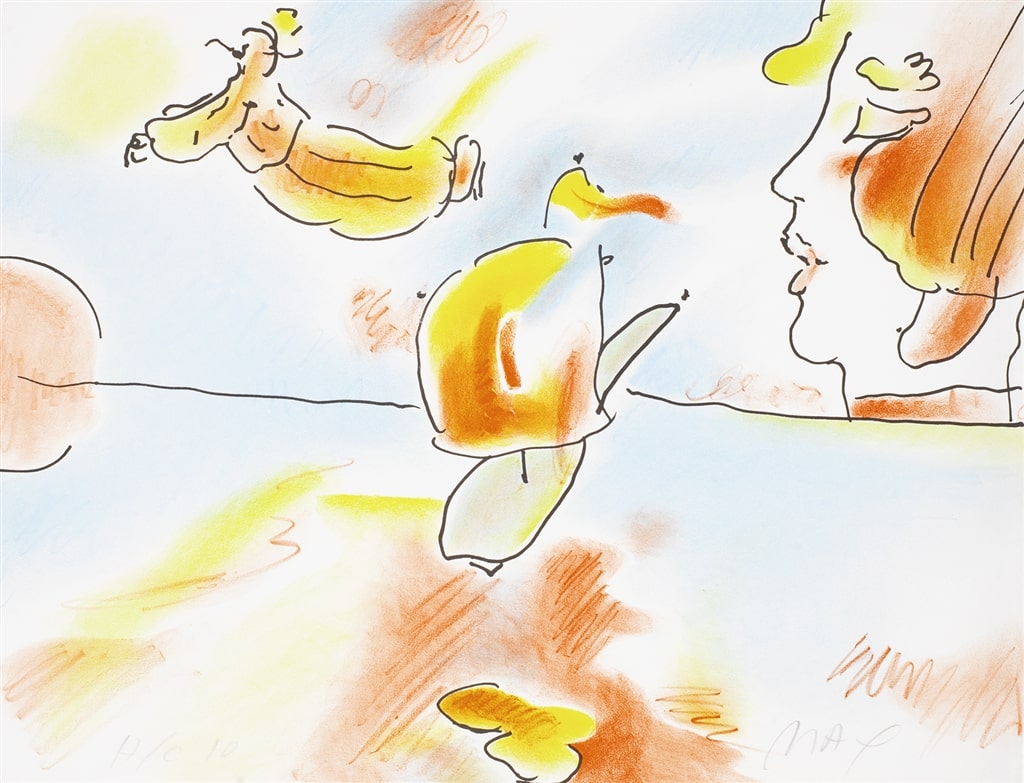 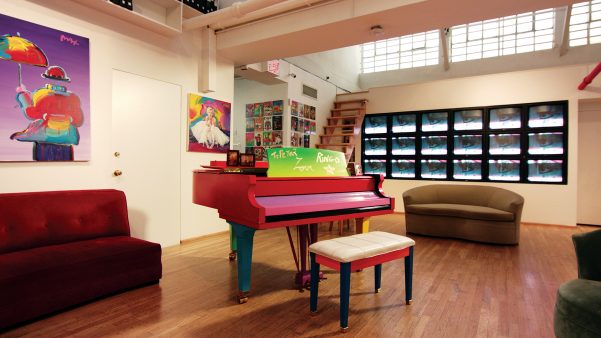 One of the most memorable features of Max’s immense New York studio is a painted baby grand piano signed by his friend Ringo Starr.

Max told the New York Post, “Ringo wanted me to paint a [Baldwin] piano for him. Baldwin liked it so much, they sent me another one—I painted that too! Then Ringo came in and saw it. He said, ‘Give me a brush.’ And he painted that—the word ‘Ringo’ followed by a star.”

If you’re interested in adding a Peter Max to your personal collection, now is the perfect time. You can attend one of our exciting online auctions, or contact one of our gallery consultants at (800) 521-9654 ext. 4 during business hours or email sales@parkwestgallery.com for inquiries after hours.

LEARN MORE ABOUT PETER MAX AND THE BEATLES: 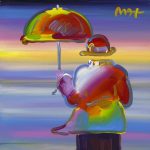 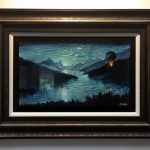