Park West Recruiter Wins Big on ‘The Price is Right’ 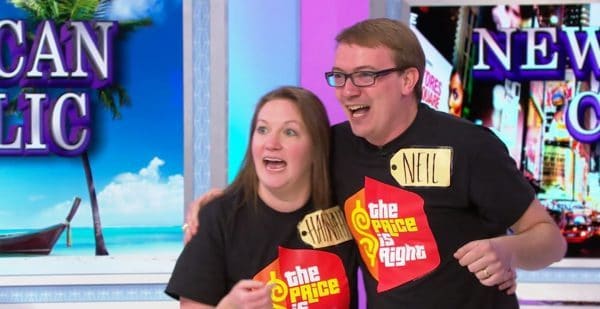 Park West Gallery Recruiter Neil Nussbaum and his wife, Hannah, have always been huge fans of “The Price is Right.”

When they first met, they bonded over their shared love of the game show. Even today, they still record the program to watch while they’re preparing meals.

Little did they know that, one day, their careers with Park West would help unlock a once-in-a-lifetime experience for any “Price is Right” superfan.

During a recent weekend getaway to California for Hannah’s birthday, Neil surprised her with tickets to a live viewing of the show on June 15. When they arrived, they learned that the show’s producers were looking for people with big personalities and lots of energy to be potential contestants.

“We knew there was a chance we could get on, but would have been happy enough just being in the audience,” Neil says.

When Neil and Hannah were interviewed, the producers were intrigued by their backgrounds as art auctioneers aboard cruise ships. Afterward, the couple returned to their seats with a cautious optimism. 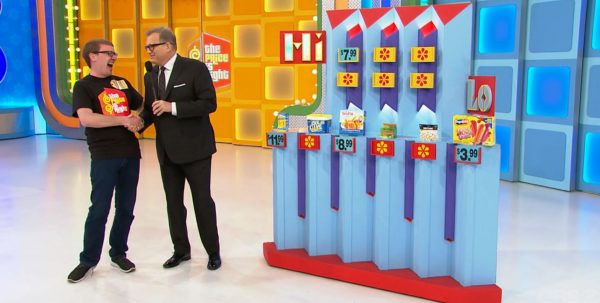 Neil tries his luck during the Grocery Game on The Price is Right (Credit: CBS)

Sure enough, when the show began they announced Neil’s name and told him to “Come on down!”  Clad in a “The Price is Right” shirt and a look of shock, he rushed down to the stage in a flurry of excitement and, admittedly, some nerves.

“When I was the first name called, my reaction was, ‘Yes! We won the interview! Now we have to win the game!’” Neil says. “I’d be lying if I said I wasn’t still a little nervous! That being said, I definitely believe that the public speaking experience from working with Park West has instilled a confidence in me that made the whole experience feel like second nature. If it wasn’t for this career, I doubt we would have even been selected.” 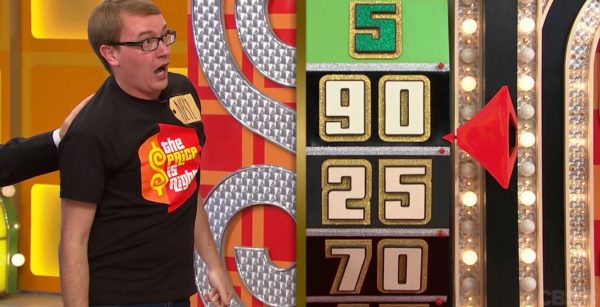 Neil reacts to his lucky spins on the Big Wheel (Credit: CBS)

Things got even more exciting when Neil won a One Bid, earning him the chance to take part in the show’s pricing games. While he didn’t succeed at the game, his lucky turn at the show’s iconic Big Wheel netted him one of the two coveted spots in “The Price is Right” finale: the Showcase Showdown.

During the Showcase Showdown, Neil was asked to guess the combined price of three vacations: six days in New York, six days in the Dominican Republic, and six days in Athens, Greece. He initially wanted to bid $23,000, but looked out to the audience to consult with his wife. 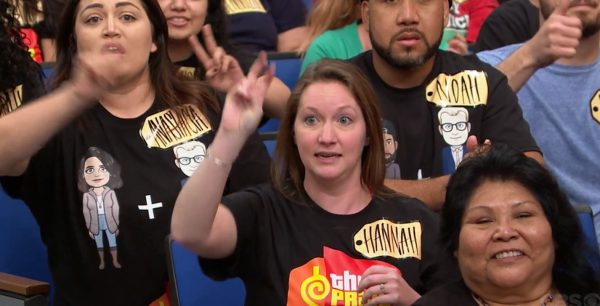 Hannah signals to Neil what he should bid on three vacations (Credit: CBS)

“When I looked at Hannah, she was signaling for $22,000,” he says. “She usually beats me when we play along at home, so I decided to take her advice, and I sure am glad I did.”

His bid was off by less than $600, making Neil the winner of the three amazing vacations. Hannah rushed the stage and the excited couple joyously hugged as the credits rolled.

“The funniest part of the day was right after we won,” Neil says. “The host, Drew Carey, came over to us and said, ‘Enjoy those trips! I’m glad that they weren’t a cruise.’”

Is your career preparing you to become a successful game show contestant? Are you interested in finding a new job that will allow you to travel the world? If so, be sure to visit our Careers page to learn more about Park West careers on land and at sea. 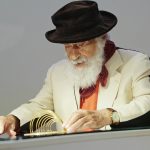 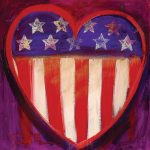