Fischer and her co-stars were filmed on set at Park West Gallery on Saturday, December 4, 2010. Location scouts for New York-based Taggart Productions chose Park West Gallery for its stunning museum-style interior, with more than 20 spacious galleries exhibiting an array of impressive fine art.

Written and directed by Fischer’s husband, Lee Kirk, “The Giant Mechanical Man” premiered at the Tribeca Film Festival in April 2012 and is scheduled for theatrical release this Friday. Fischer plays a soft-spoken zookeeper who falls for a silver-painted street performer (Chris Messina of “Julie and Julia”), while her sister (“Watchmen” star Malin Ackerman) tries to set her up with Grace’s character, a pompous motivational speaker.

“This was a new and exciting opportunity for Park West Gallery,” said Albert Scaglione, founder and CEO of Park West Gallery. “Park West Gallery has always been a strong local leader and advocate for the metro Detroit community, so it was our pleasure to open our doors when this production required a local art institution. We look forward to seeing Park West Gallery featured on the big screen.”

The Park West Gallery collection offers fine art by renowned masters such as Pablo Picasso, Rembrandt van Rijn and Marc Chagall, as well as acclaimed contemporary artists like Yaacov Agam, Peter Max and Itzchak Tarkay. Located in Southfield, Park West Gallery is situated on 3 ½ acres of land, including a beautiful natural pond surrounded by a sculpture garden. The gallery is open to the public Monday through Saturday. 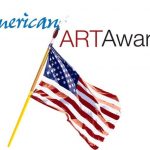 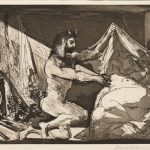