As one of the world’s most unique contemporary artists, Linda Le Kinff creates artwork that glows with a luminescent quality, depicting a fantasy world that is poetic and delightful. As the exclusive dealer of Le Kinff’s serigraphs, Park West Gallery has the pleasure of bringing Le Kinff’s art to collectors worldwide. The Official Park West Gallery / Le Kinff Website >

LOUISVILLE, KY /ChurchillDowns.com/ — A bold and colorful painting by internationally acclaimed French artist Linda Le Kinff was unveiled Nov. 13 at Churchill Downs as the official artwork of the 2010 Kentucky Derby and Kentucky Oaks. The focal point of the vibrant work, which showcases exquisite line quality, is the world famous Kentucky Derby winner’s circle.

Officials from Churchill Downs and JettStream Productions, which is in its ninth year as the official licensee of the Art of the Kentucky Derby series, joined Le Kinff at the historic racetrack to formally unveil the work that will appear on posters, prints, tickets, racing programs and officially licensed product for the 2010 Kentucky Oaks and Kentucky Derby.

The 136th runnings of the Kentucky Oaks and Kentucky Derby are scheduled for Friday, April 30 and Saturday, May 1, respectively.

The commission of Le Kinff as The 2010 Official Artist of the Kentucky Derby marks a significant apex in the collection of prestigious artists who have lent their interpretations of America’s greatest race.

Elements of Le Kinff’s beloved masters permeate her highly original visions, recalling essences of Lautrec, Matisse and Modigliani. Her body of work, however, stands on its own.

Le Kinff was born in Paris, France from French and Brazilian parents. Her painting career began at age 20 and her artistic pursuits led to a 12-year stay in Italy to learn the ancient techniques of tempera, egg painting and the gold leaf method taught by masters in Florence and Liverno. Both the Kentucky Derby and Oaks paintings are embellished with these golden accents.

Le Kinff works without a model and her inspiration comes from extensive travels, her dreams and imagination. Her subjects are diverse and include musical scenes and couples elegantly dressed often for a night on the town.

In 1998, Le Kniff was selected as The Official Artist of the World Cup in which she created a painting for the international soccer championship that was minted into a commemorative coin by the French government – an honor never before offered to a living French artist.

Le Kinff’s exhibitions are vast and truly international. Over the past two years, her works were exhibited in London, Hong Kong, Dubai, Berlin and the Salon of The Louvre Carrousel as well as numerous shows throughout France. Her serigraphs are represented in the United States and Canada by Park West Gallery. In 2010, the city of Paris will acquire a Le Kinff sculpture and her work will be exhibited at the 2010 World’s Fair in Shanghai, China.

Le Kinff’s selection as The 2010 Official Artist of the Kentucky Derby furthers a local French connection. The city of Louisville – the home of Churchill Downs since 1875 – has a rich foundation of French-related history, starting foremost with its name which comes from King Louis XVI. The ubiquitous Fleur De Lis can be found all around Louisville, from the city’s flag to the opulent Victorian mansions of Old Louisville to colorful jockey silks and beyond. Additionally, Montpellier, France is Louisville’s “sister city”. 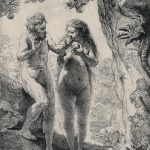 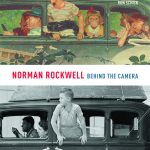