The gallery co-sponsored a soiree themed after “The Great Gatsby,” held May 2 at the Via Mizner Country Club in Boca Raton, Florida, to support the Southeast Florida Chapter of the Scleroderma Foundation.

Scleroderma, also known as systemic sclerosis, is a chronic disease that hardens and tightens skin and connective tissues. There are approximately 300,000 people in the U.S. who suffer from it, with the onset typically occurring between the ages of 25 to 55. The disease can range from mild to life threatening depending on which parts of the body it affects.

Park West employees dressed to the nines for the soiree, which featured dinner, dancing, drinks and both silent and live auctions. Park West Gallery was a silver-level sponsor, donating six works of art – five of which were sold during a silent auction and one during the live auction.

John Karay, Vice President of Operations for Park West Gallery, has been a board member for the Florida foundation for the past four years. He said he was originally asked to help with one event, which quickly turned into multiple symposiums and fundraisers for the foundation.

“I have met and made friends with many wonderful individuals who are affected by this disease, it is the least I can do to help raise awareness and funding to help find a cure,” he says.

According to the Scleroderma Foundation, the disease is not contagious or cancerous, but there is currently no cure. Its exact causes are unknown, and it is difficult to diagnose since its symptoms are similar to other autoimmune diseases. These aspects only emphasize the need for events such as the May 2 fundraiser.

“We continue to meet new people every month whom may have scleroderma or had a family member pass from the disease,” Karay says.

As of May 6, the soiree collected an estimated $19,000. The majority of the proceeds will remain in the local area to support those who suffer from the disease as well as their family and caretakers. The funds will also benefit awareness and education of the public.

“It was a pleasure to be part of a special evening and to meet many wonderful people who contributed to a special event,” says Mike McHorney, Park West Gallery’s fleet manager for Princess Cruises.

Find out more about how Park West CARES here. 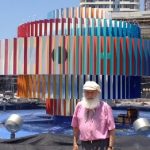