Yaacov Agam with an example of his kinetic art.

The man considered to be “the Father of Kinetic Art” turned 87 on May 11, and for just over 40 of those years, has worked with Park West Gallery. To mark the occasion, the gallery would like to reflect on working with the accomplished artist over the past four decades.

Agam was born May 11, 1928 as Yaacov Gipstein in Rishon LeZion (formerly Mandate Palestine). He began studying art at the Bezalel School in Jerusalem, and in 1949 moved to Zurich, where he remained for two years before moving to Paris where he currently resides.

He is the son of a devout Rabbi and Kabbalist, an origin that continues to serve as inspiration for his art. He says he took a chance at his first one-man show in Paris in 1953 to introduce what he calls the “fourth dimension” of art to audiences – time – actively engaging viewers and encouraging them to move or touch it, and as a result actually change the artwork as they are experiencing it.

“In life you look at art and it doesn’t change, but everything changes, but you don’t know how it will change, so you have to go beyond the visible,” Agam once said. “You have to get the notion that what you see can at any moment disappear to be replaced with something else.”

As viewers move while viewing Agams’s art, it transforms before their eyes into new shapes and colors. This dynamic means that Agam’s work is in a constant state of transformation and recreation. This abstract “kinetic art” has been collected the world over and displayed in major museum shows, including a solo exhibition at the Guggenheim Museum in New York in 1980.

Agam caught the attention of Surrealists, including the most famous of them all, Salvador Dali, who once met with Agam. Interestingly enough, the two share the same birthday (May 11). Park West Gallery Founder and CEO Albert Scaglione was first introduced to Agam in 1974 through Blanche Fabry, the owner of a gallery in Paris, and world-renowned architect I. M. Pei. However, Scaglione took two years of preparation to develop a plan to approach Agam about being his art dealer. Since that time Park West has become the largest and most important art dealer of the art of Agam.

“I’ve been with him for almost 40 years, it’s been an absolute joy,” he says.

Agam’s art includes paintings, drawings, sculptures, architecture, jewelry, musical compositions, ceramics and graphic works. Over the years, Scaglione has witnessed Agam’s progression as an artist. Agam’s original conceptual and spiritual approach to his art continues to evolve to this day. More recently, he has created digital artwork using computers, such as interactive kinetic art demonstrated on a tablet device.

“Agam is the kind of artist that if you can dream it and imagine it, he can do it,” Scaglione says. Agam standing in front of his “Fire and Water Fountain,” also known as the Dizengoff Square Fountain.

Agam’s accomplishments are as numerous as they are varied. His installed sculptures can be found worldwide, he has created the world’s largest menorah, and even made Algemeiner Journal’s “Jewish 100” list for positively influencing the Jewish community. Among his achievements was the presentation of one of his Agamographs, “Faith,” to Pope Francis in 2014.

The artist was once commissioned by Georges Pompidou, president of the French Republic from 1969 to 1974, to create an entire room of polymorphic and metapolymorphic works for the Pompidou Museum. Agam describes it as a painting that one can walk into and explore.

Agam also has the honor of being the highest-selling Israeli artist. His kinetic oil painting, “Growth,” sold for a record-breaking $698,000 in a Sotheby’s auction on December 15, 2010.

He has earned multiple accolades and awards during his career, including the Chevalier de l’Ordre des Arts et Lettres (1974); an Honorary Doctorate of Philosophy from Tel Aviv University (1975); and the Medal of the Council of Europe (1977). In 1996, he was awarded the Jan Amos Comenius Medal by UNESCO. He was even invited to speak as a guest lecturer at Harvard University in 1968. Agam has also used his art to help children with visual learning. He wrote and developed the Agam Program for Visual Cognition that, according to the Weizmann Institute, has been implemented in roughly 90 Israeli preschools and in elementary schools. 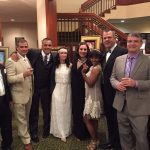 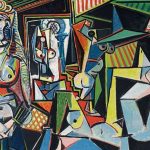