Missing Picasso passed off as an “art craft” After missing for more than 10 years from Paris, a 1911 painting by Pablo Picasso reappeared in New York disguised as an “art craft.”

According to CNN, Picasso’s “La Coiffeuse” (The Hairdresser) was found in a shipment from Belgium to the United States. The shipping papers described the painting as a $37 “art craft/toy” along with the descriptor “Joyuex Noel,” which is French for “Merry Christmas,” to make it appear as if it were a low-value handicraft.

The false label of $37 (30 Euros) is only a drop in the bucket compared to the painting’s value, which is estimated at over $2.5 million.

When a loan request was made for the painting in 2001, the Centre Georges Pompidou in Paris discovered it was missing. The painting was reportedly smuggled out of the museum’s storeroom and was considered missing until the December 2014 seizure of the dubious parcel by Homeland Security Investigations (HSI).

“A lost treasure has been found,” said Loretta Lynch, U.S. Attorney for the Eastern District of New York.

French museum officials traveled to New York and identified the painting as “La Coiffeuse” with the use of historical records and photographs. The painting will be returned to its owners, the French government.

“The recovery of the La Coiffeuse sends a strong message to thieves that the market to sell stolen antiquities in the United States is drying up,” said HSI Deputy Special Agent in Charge Scandiffio in a release.

“La Coiffeuse” is an oil painting on canvas that measures approximately 13 inches by 18 inches. Picasso is considered one of the most influential artists of the 20th century, credited as a father of Cubism. 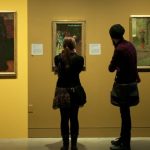 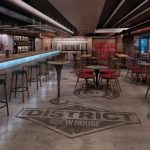