Michael Godard, the “rockstar of the art world,” recently opened up about his beginnings as an artist and where he and Park West Gallery are heading in the near future.

The Las Vegas-based artist may not show it now, but as a child he was shy, having a hard time making friends in school. However, by showing his fellow students that he could draw, he quickly made friends. He went on to become an engineer, but decided he wanted to create art as a career, and has done so for the past 15 years.

“What’s really going through my mind is I’m going to be in a room with a stranger, and how can I put my nerves at ease,” he said. “Humor is a great way to do that, so the paintings are on the humorous side.”

This talent for creating artwork loved by many continues to draw new friends for him from all walks of life, including Ozzy and Sharon Osbourne, magician Criss Angel and musical acts like Dishwalla and Mötley Crüe. His art even appears in a lounge in the Pentagon and on every U.S. Navy aircraft carrier.

His paintings mainly focus on his olive characters and depictions of martinis, wine and other spirits. The olives were inspired by a martini-drinking friend who asked him to paint something fun for his birthday. A family member saw the painting and wanted a similar one about grapes and wine, and Godard quickly realized he had something.

“At its very core, I think it’s being able to connect with people, it’s about the things that we do,” he said. When it comes to his iconic look, Godard said it originates from “busting out” of being raised by strict parents and his conservative engineering job. With his long hair, bandanas and tattoos, people often asked if he was in a band, which led to his rockstar moniker.

“I really have a lot of fun with it,” he said. “I can relate to it because I compare so much of what I do in art to music.”

True to form, Godard has his own music studio and loves listening to music when creating art, from Neil Diamond and U2 to Ozzy Osbourne and AC/DC. As for his favorite creation, he said it’s usually the one he is currently working on.

“I learned very early on when you put your heart and your soul into a painting, you get very emotionally attached to it,” he said. “I’m in the business of creating art, and the next move directly from there is ‘I want to share it with people.’”

Park West Gallery is giving collectors a chance to obtain a variety of artwork from Godard, including one of Godard’s favorite types of art known as “Pop Arts.”

“They are very loose olive paintings,” he said. “They’re on black backgrounds, they’re bright, they’re colorful…sometimes they will have the actual brush I used to paint the piece mounted onto it.”

A brand new series known as “Moonlight” paintings will be unique paintings that feature anything from Cadillacs to law enforcement subjects. Paintings on paper, dubbed “Brush Strokes,” are simple but one-of-a-kind Godard brush paintings. He is also creating unique mixed media originals that are graphic works with newly painted aspects. In addition, Godard has limited-edition graphic works that are exclusive to Park West Gallery.

“I’m hoping that I bring a new element to Park West,” he said. “I’m looking forward to this being a family and being part of that family.” 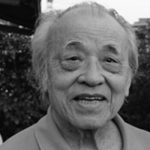 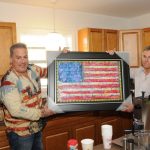