For over 40 years, Park West Gallery has been a reliable resource for the artworks of Modern Masters, including Pablo Picasso, Marc Chagall and Henri Matisse. Park West recently launched a microsite dedicated to Pablo Picasso and his artwork—visit picasso.parkwestgallery.com.

WINCHESTER, VIRGINIA — Works by the leading masters of modern art are on display at the Museum of the Shenandoah Valley (MSV) in the exhibition, Matisse, Picasso, and Modern Art in Paris. The show is part of a statewide tour that marks the first time since the late 1940s that selections from the collection of T. Catesby Jones (1880–1946) — a prominent collector from Virginia — will be reunited. More than 50 works gifted by T. Catesby Jones to the collections of the Virginia Museum of Fine Arts and the University of Virginia Art Museum will be included.

Among the works displayed will be Pablo Picasso’s Woman with Kerchief (1906), Henri Matisse’s portrait of Lorette (1917), and a Cubist collage by Juan Gris. Other artists represented in the exhibition include Georges Braque, Marc Chagall, Raoul Dufy, Jacques Lipchitz, André Masson, and Georges Rouault.

The display encompasses many of the key artists, innovative styles, and central themes that emerged and developed during a crucial period in the history of modern art. The exhibition tells the story of new modernist movements before and during World War I, cubism, surrealism, and the transformative World War II period when many of the best-known French modernists fled Paris for New York.

Matisse, Picasso, and Modern Art in Paris is currently on view until November 29, 2009. 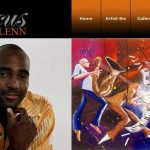