The lasting impact of M. C. Escher’s one-of-a-kind artwork has once again left its mark on the film industry.

Released last month, the third installment of the “Night at the Museum” trilogy, “Night at the Museum: Secret of the Tomb,” features a movie poster and a scene of the characters scrambling through a set based on Escher’s 1953 lithograph, “Relativity.”

Of course, this isn’t the first medium to borrow from or be influenced by Escher, let alone the first movie. Out of Escher’s amazing body of work, “Relativity” is perhaps the most responsible for a long list of direct or indirect influences in popular culture, including movies, cartoons, video games and even an unofficial LEGO version.

Some of the notable examples of Escher’s influence in films include:

Jim Henson’s musical adventure about a young girl rescuing her little brother from the Goblin King (played by David Bowie) features a stairwell based on “Relativity” in the film’s climatic scene. A copy of “Relativity” is also seen on the main character’s bedroom wall.

This science-fiction drama, based on Carl Sagan’s novel of the same name, focuses on the protagonists finding evidence of extraterrestrial life and making first contact. The transport pod in the film (seen in the beginning of this clip) looks strikingly similar to Escher’s “Cube with Magic Ribbons.” In Peter Jackson’s movie adaptation of J.R.R. Tolkien’s famous fantasy trilogy, one can’t help but think of Escher and his “Procession in Crypt” as the fellowship explores the Mines of Moria. Film critics and film-goers alike have attributed Escher as a source of inspiration for Jackson, including his latest adaptations of “The Hobbit.”

This sci-fi thriller by Christopher Nolan is set in a world where dreamscapes are used for corporate espionage. The film includes a scene where the streets of Paris bend, with each plain having its own gravity (like in “Relativity”), and in other scenes makes references to Penrose stairs, which were used by Escher in “Ascending and Descending.” Nolan is not shy about it either. When speaking to The Daily Beast about his latest movie, “Interstellar,” he had this to say:

“I’m very inspired by the prints of M.C. Escher and the interesting connection-point or blurring of boundaries between art and science, and art and mathematics.”

Early into his career, Park West Gallery CEO and Founder Albert Scaglione helped expose Escher to a much larger segment of the American public, and is proud of the way he helped develop the market for such unique and powerful artwork.

Know of any other films not mentioned here that are inspired by Escher? Feel free to comment below.

Original source: ‘Interstellar,’ ‘Labyrinth’ and Other Films Inspired by the Mind-Bending Art of M.C. Escher 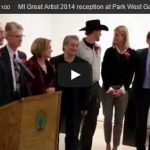 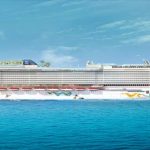