Linda Le Kinff and the Art of Every Woman 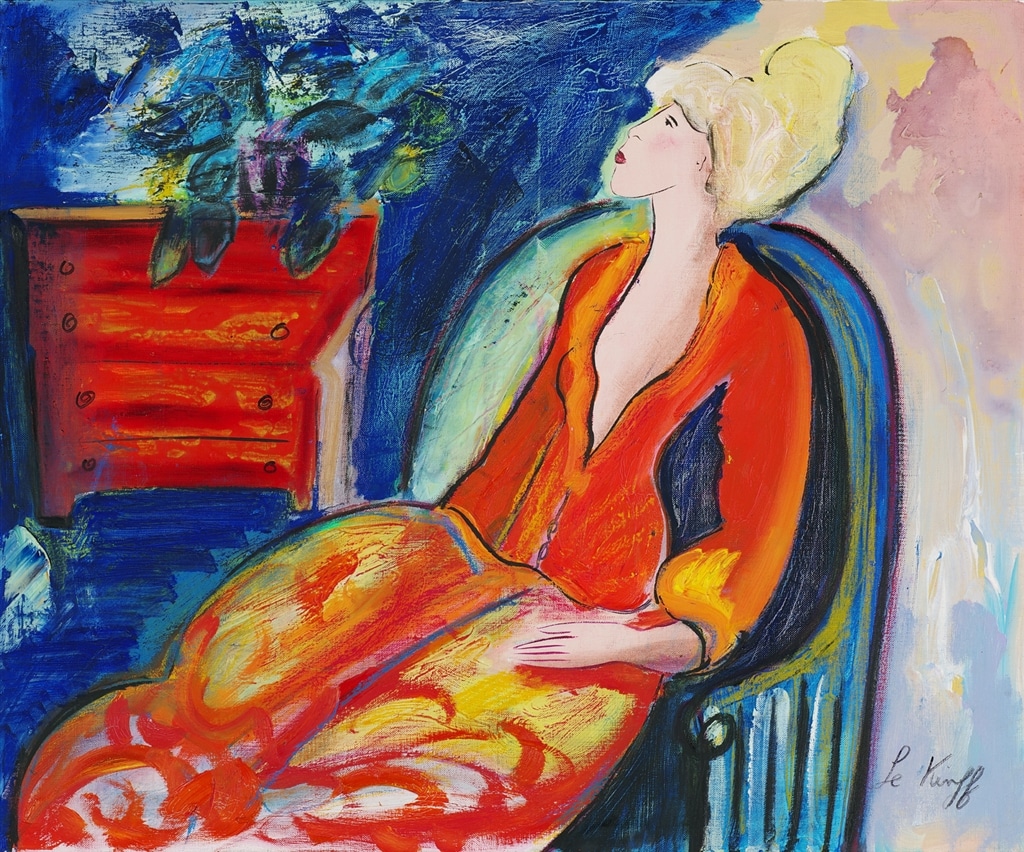 The history of art is anything but steady. From the iconoclasts of Medieval Europe to the unhinged avant-gardes of the Great War, few conventions have gone untested.

The female figure is arguably the only uninterrupted study in art history’s canon. Diversified in representation throughout the ages, we see her everywhere. In Sandro Botticelli’s “Birth of Venus,” she wistfully reminds us to dream, while in Leonardo’s da Vinci’s “Mona Lisa” her smile beguiles us; in Willem de Kooning’s “Woman” series she threatens us, whereas in Norman Rockwell’s guise she warmly comforts us.

To artist Linda Le Kinff, she evolves past simple description. 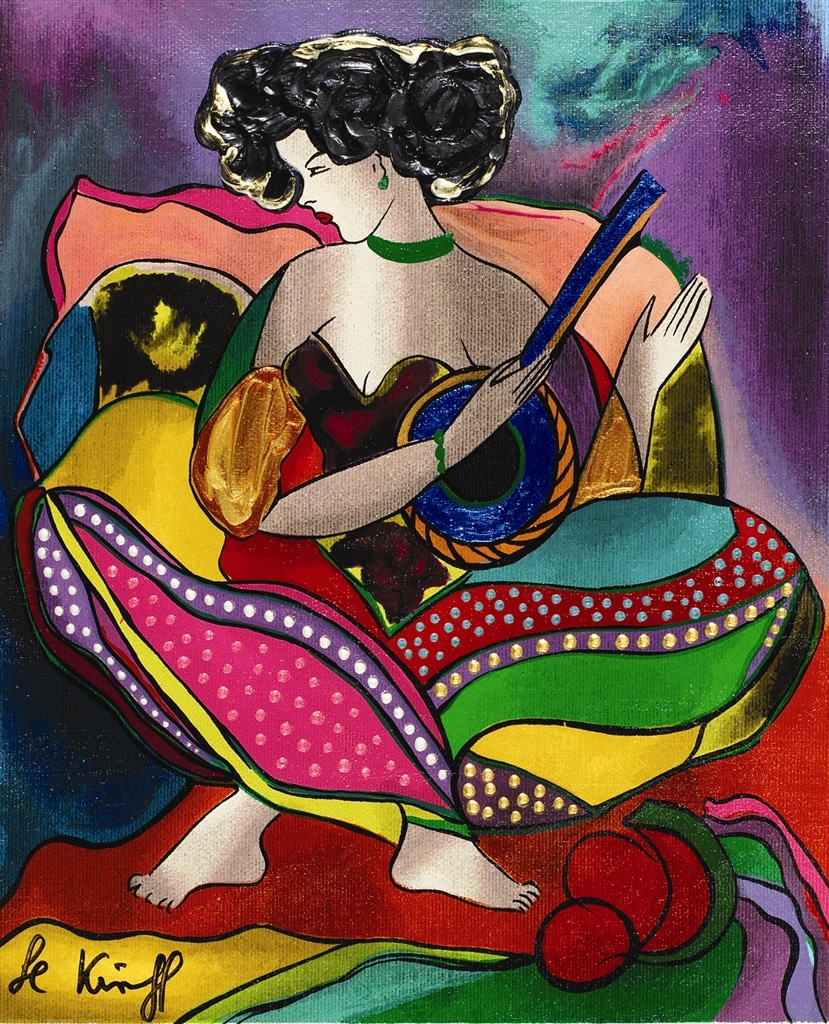 In Le Kinff’s oeuvre, a woman can be indescribably alone, staring out between curtains, waiting for the phone to sound. In other instances, she meditates in the same silence, solely present and powerful. In just a glimpse, Le Kinff’s woman moves, and like the acrobats centered within the French artist’s work, she daringly resonates with her audience. 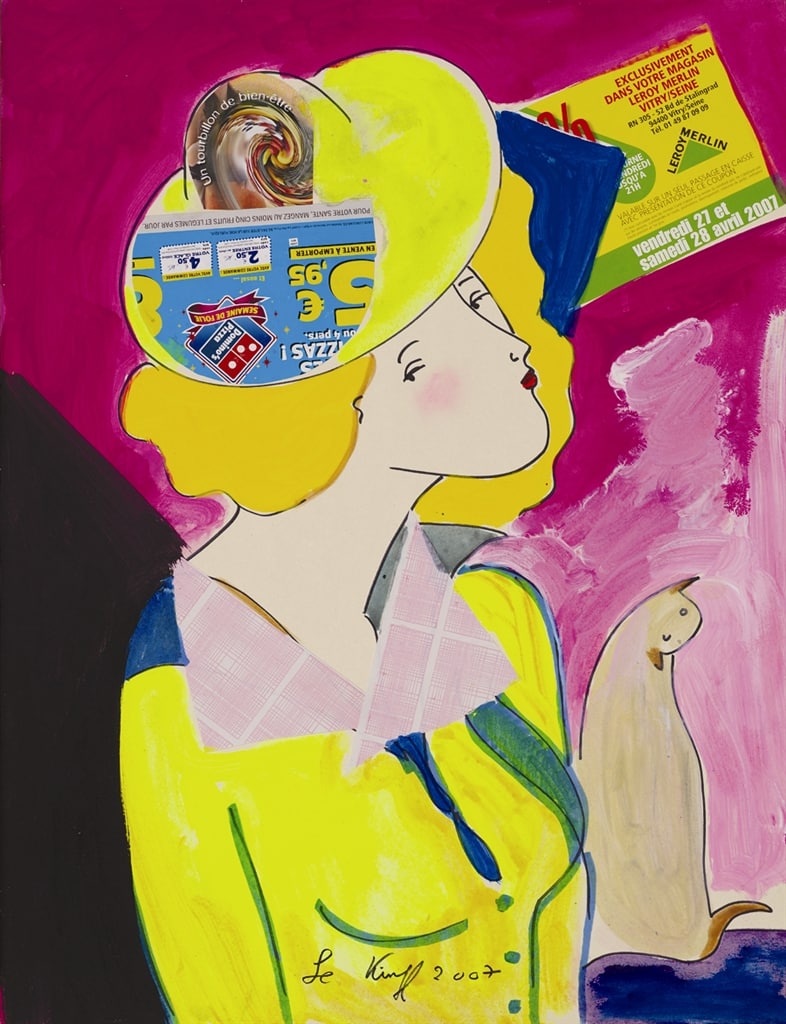 Le Kinff is a master of bringing a woman’s indecipherable character to life. But before becoming a master, the renowned figurative artist herself was a student, and at that, a student of the world.

Born in Paris in 1949 of French and Brazilian descent, Le Kinff began her career as a painter at the age of 20. During this time, the artist’s creative passions thundered alongside her eagerness to see the world where she spent much of the 1970s in India, Tibet, Mexico and Italy.

Residing in Italy for 12 years, Le Kinff prospered alongside the grand visions of the Renaissance and she supplemented her arts education with the study of tempura, gold leaf, engraving, collage and airbrush painting. Le Kinff’s continued travels throughout Japan, Scandinavia and the United States prompted the artist to observe difference and subtle similarity. This observation further prompted Le Kinff to align the sentiment of a scene with a unique color palette. 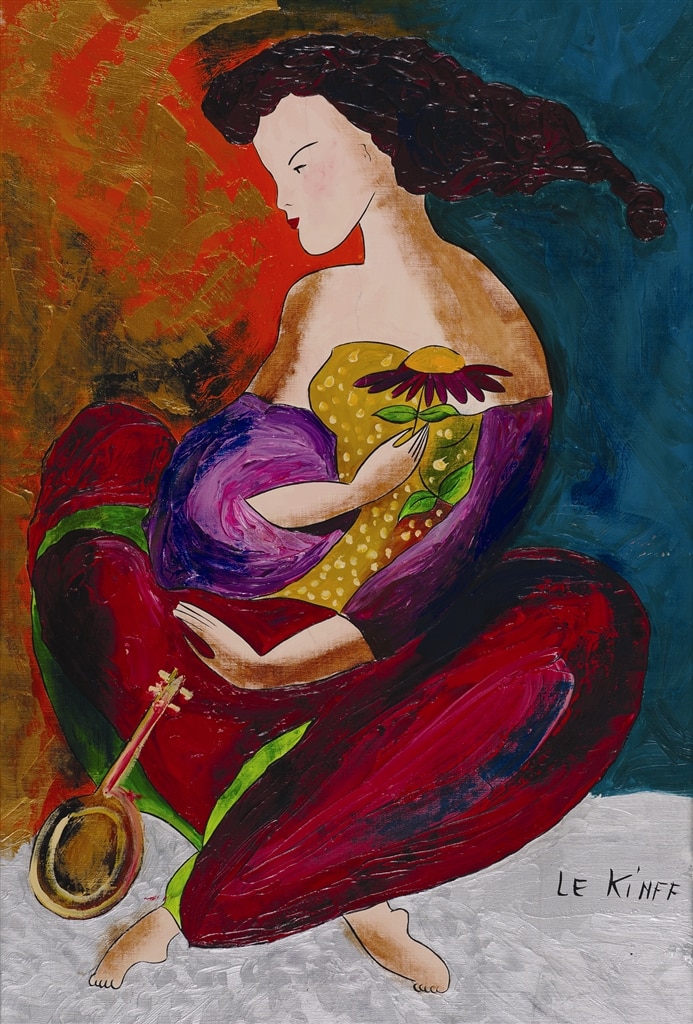 In the 2008 catalogue raisonné titled, Linda Le Kinff: The Graphic Work, the gifted artist voiced: “Woman, I am one, and I discover in every trait, every face, pose or attitude all the women I would like to be: a child woman, a mother woman, a funny woman, a sexy woman, a sweet woman, an intelligent woman, a woman woman.” 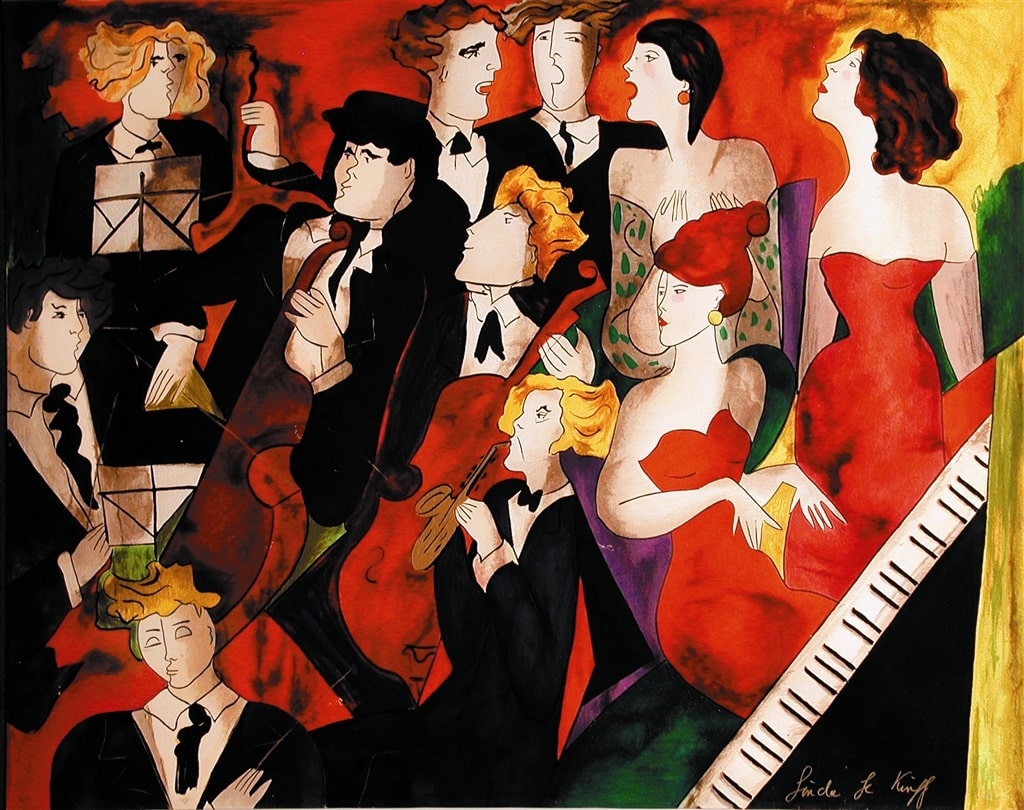 Bright, yet solemn; languid, yet composed; and touched with classic elegance, Le Kinff’s women lie outside historical time, and instead carry themselves into contemporaneity with their forward and confident dispositions. Informed by and in response to art history’s women, Le Kinff enlists centuries of discourse centered on the female figure and enters her own interpretation–that of every woman.

If you’re interested in collecting works by Linda Le Kinff, register for our exciting live online auctions or contact our gallery consultants at 1-800-521-9654, ext. 4 or at sales@parkwestgallery.com. 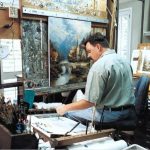 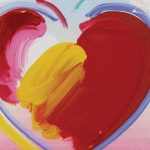