Lebo Talks About the Inspiration Behind 10 of His Newest Paintings 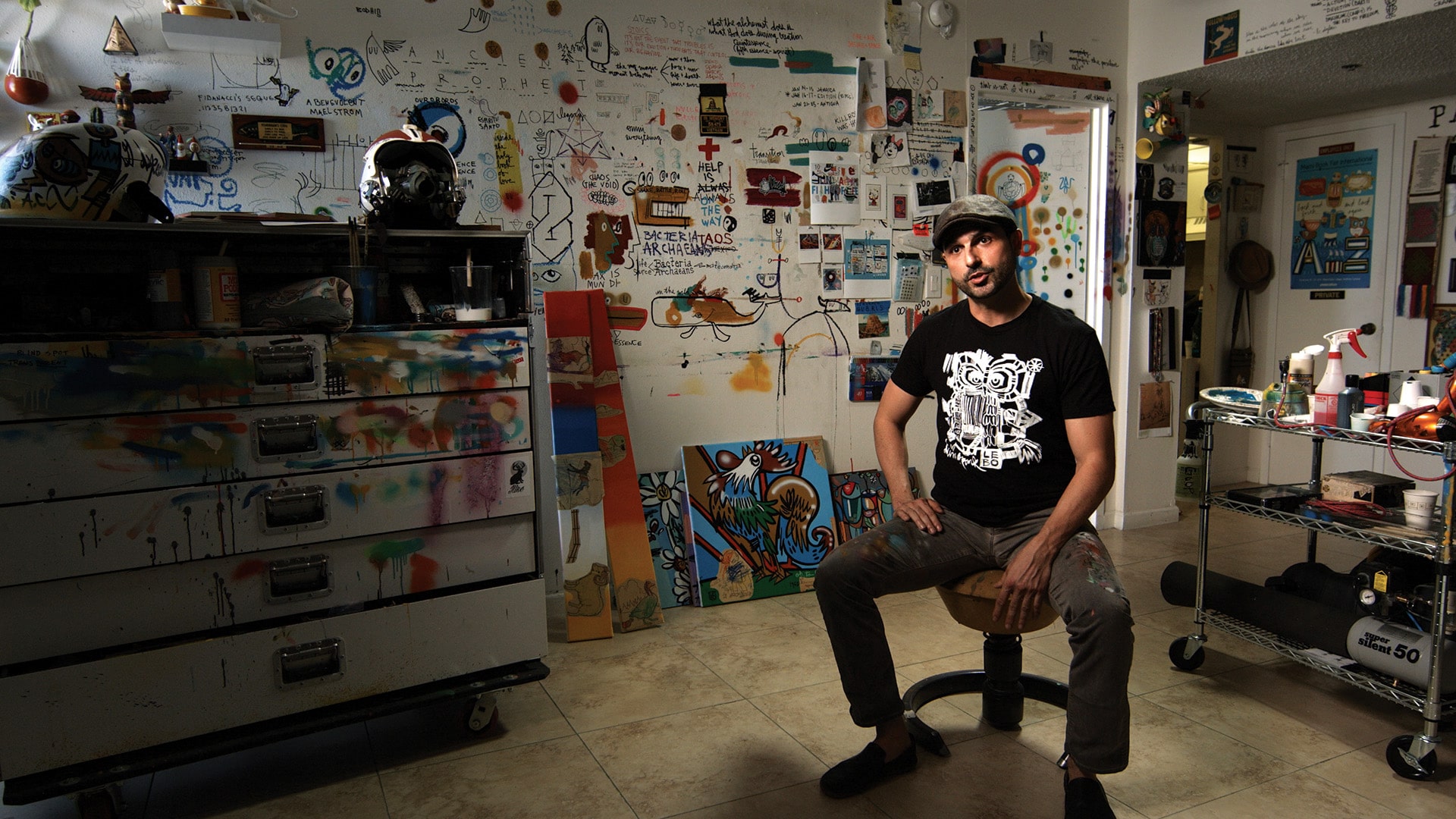 For David “Lebo” Le Batard, running out of creative ideas isn’t a concern, and his newest collection at Park West Gallery is proof positive.

“I don’t feel like a creator, I feel like I tap into creation,” Lebo says. “To me, it’s always a matter of too much out there because nature is so inspiring.”

Lebo finds inspiration everywhere, particularly in history, philosophy, and nature. Recently, he sat down with us to discuss what inspired him to create 10 of his most recent, eye-popping paintings. 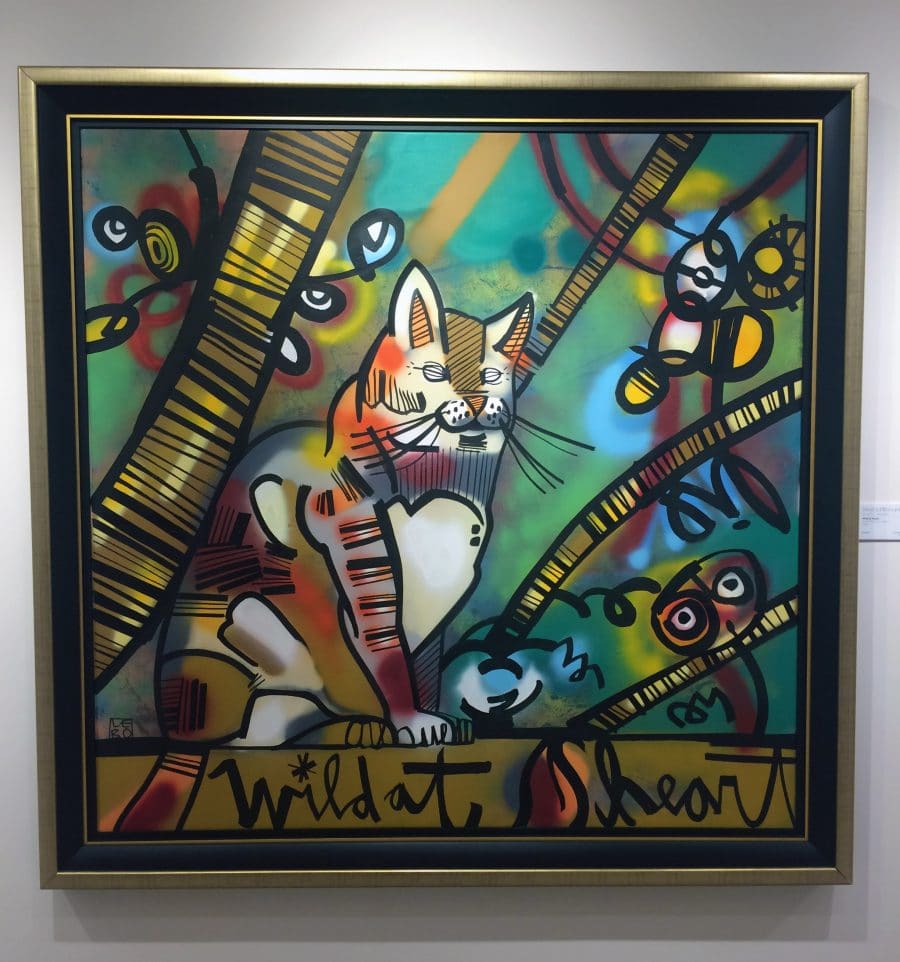 This large-scale work is a prime example of Lebo’s trademark techniques coming together. The background is a diffused Abstract Expressionist texture, but the foreground features a cat depicted in a cartoonish style. At the bottom is a message that reads, “Wild at Heart.”

“It’s a subjective idea, but one that allows for another entry point,” he says. 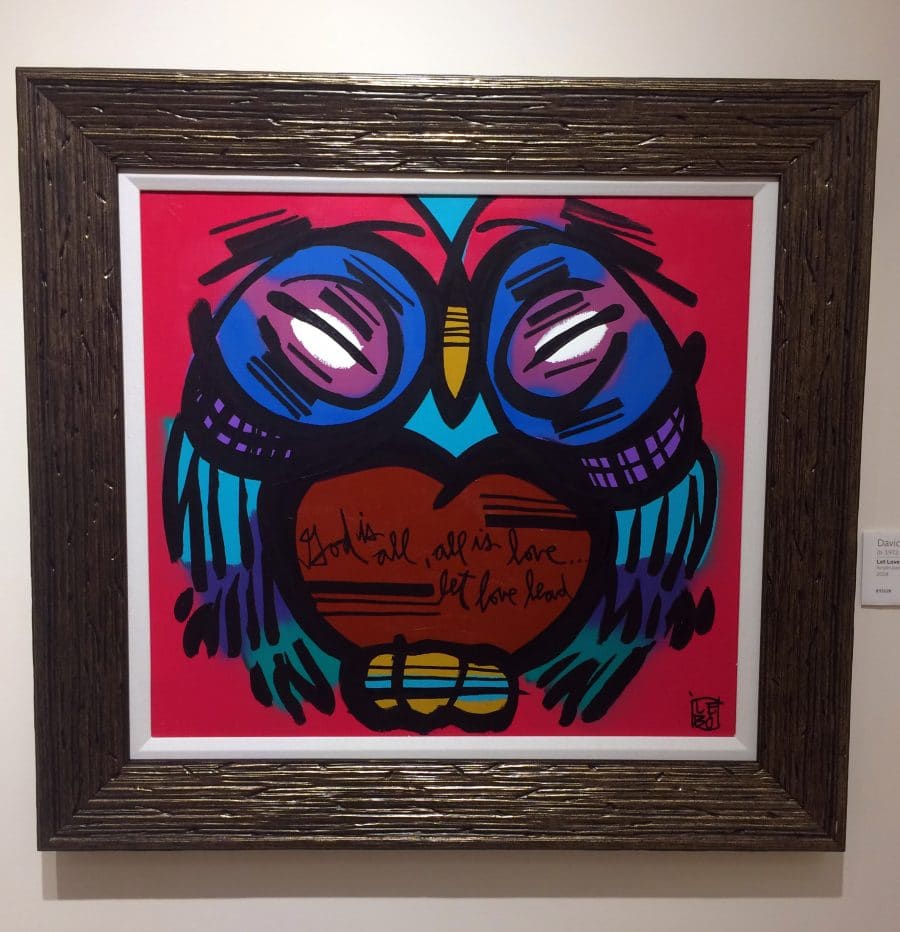 Returning to one of his signature motifs, Lebo depicts a colorful owl with a heart-shaped plumage that reads “God is all, all is love…let love lead.”

“It’s really a direct message, it’s the idea of this entity that brings peace, that brings hope, and that brings encouragement,” he says.

“This Brief Moment Has Just Passed By” 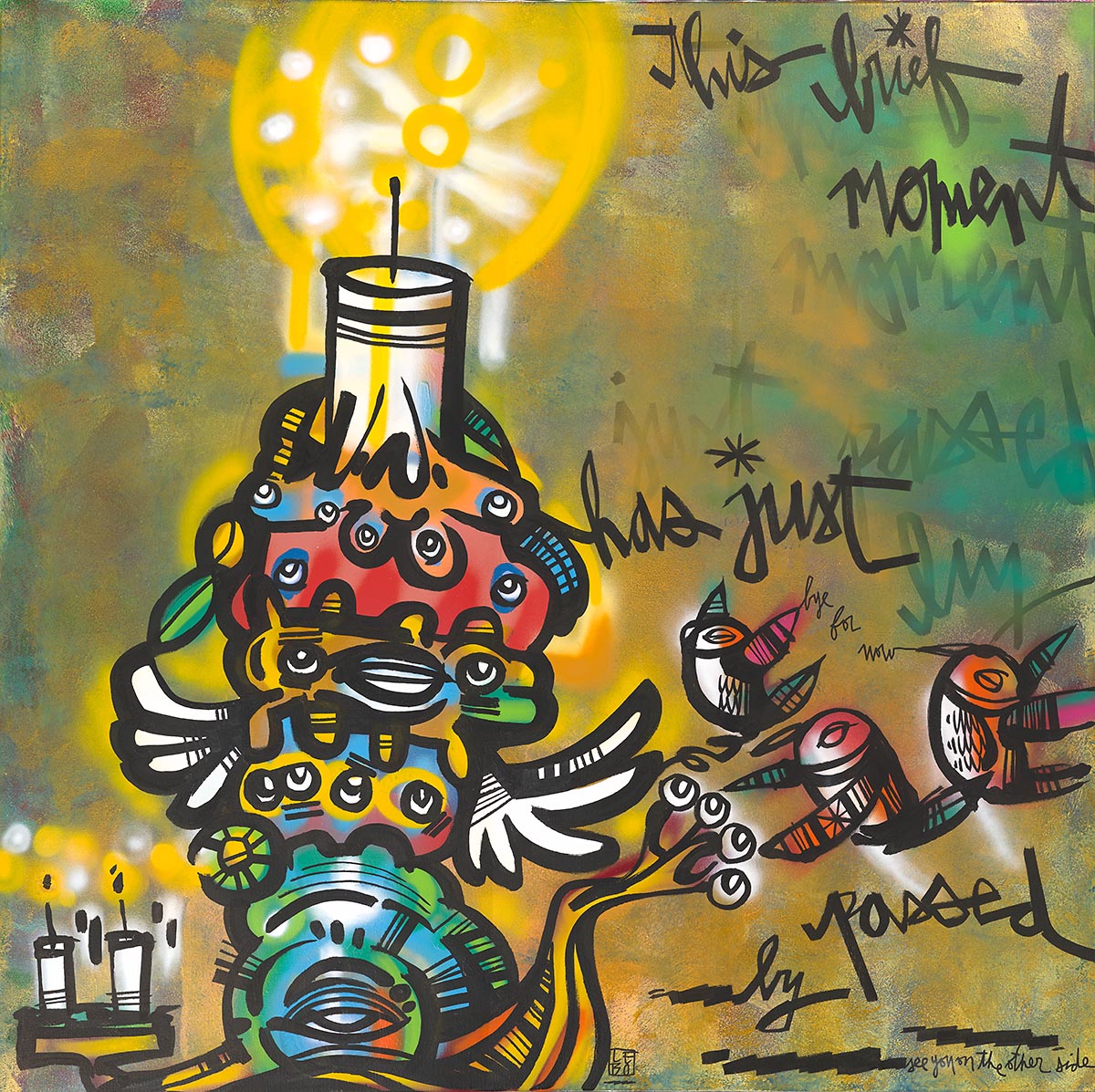 In this large-scale work, Lebo explores the metaphysical idea that whenever someone views the artwork, it’s always going to be different because they’re viewing it at a unique moment in time.

“It speaks to the moment, it speaks to the idea of time never standing still,” Lebo says. “That’s definitely a theme that carries through all of my work.” 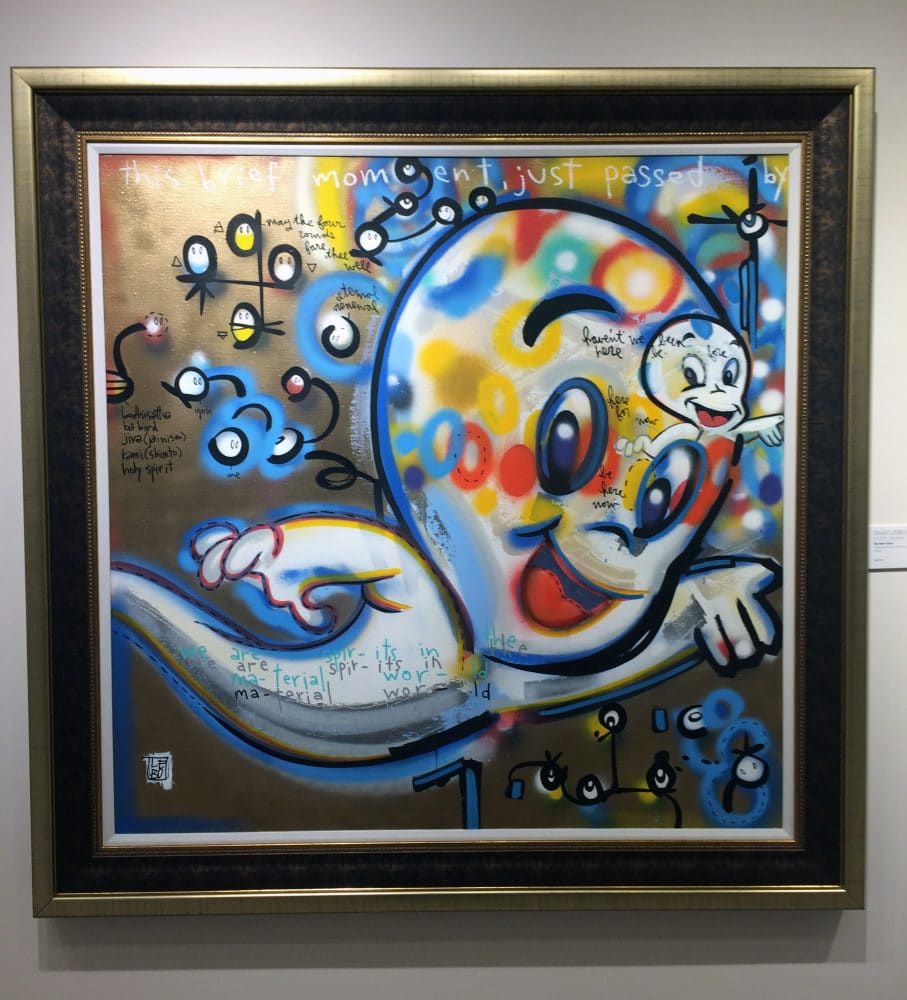 Lebo’s love of comic strips and cartoons shines through in this painting featuring Casper the Friendly Ghost. He continues to explore the ideas expressed in “This Brief Moment Has Just Passed By,” only this time including lyrics from a song by The Police that says “we are spirits in the material world.”

“It also plays to the idea of…energy transmuting and always becoming a different thing,” Lebo says.

“Reaching Out Towards the Kind Creator” 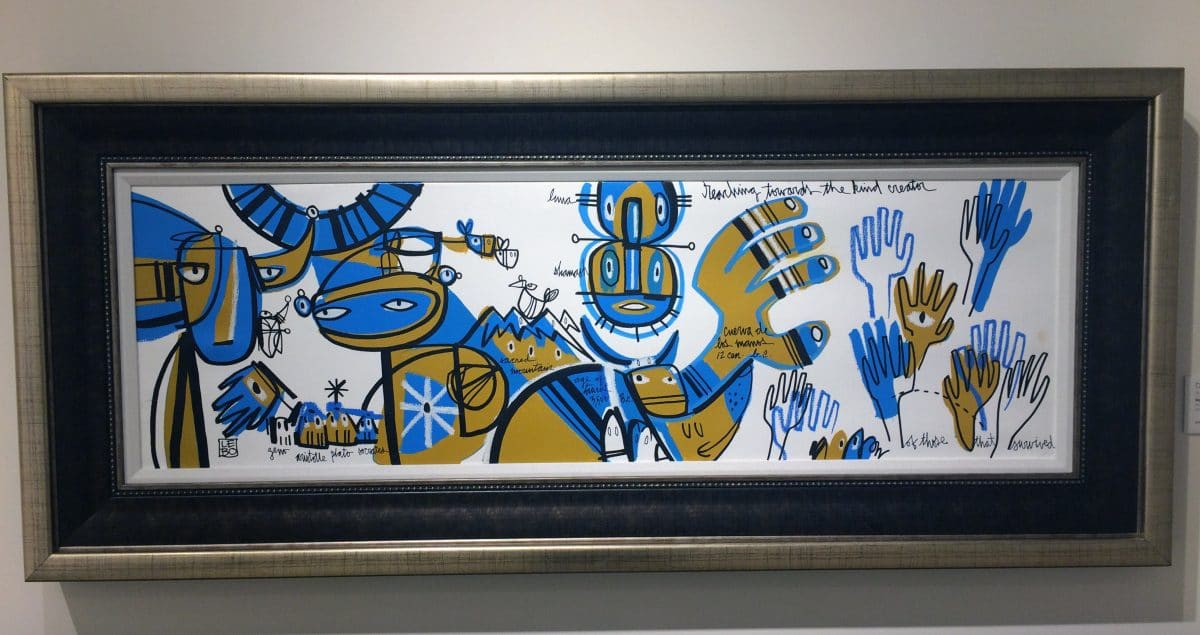 This tri-color acrylic painting demonstrates the subjective nature of Lebo’s art. In this case, the artwork’s title can be interpreted in many different ways depending on the viewer’s beliefs.

“Hopefully there’s some trigger for thought, for a synaptic response, through the combination of the visuals and the phrases,” Lebo says.

“Towards the Center of the Inner Most Temple” 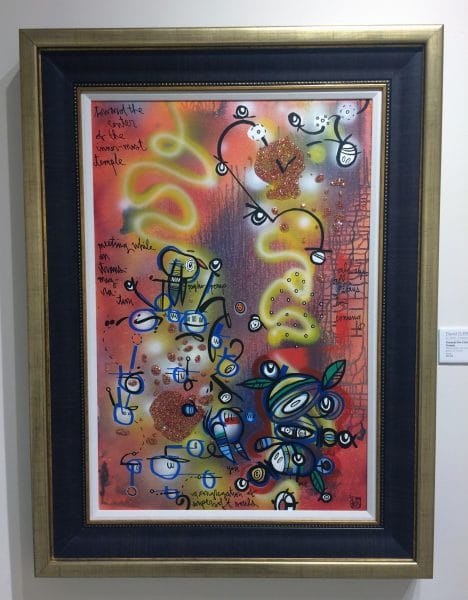 Among the many subjects that have piqued Lebo’s curiosity is Kabbalah, a form of ancient Jewish mysticism. The discipline includes a diagram illustrating the “tree of life,” consisting of 10 nodes that represent principles like splendor, beauty, strength, and wisdom. Lebo says this painting is an abstract representation of that tree. 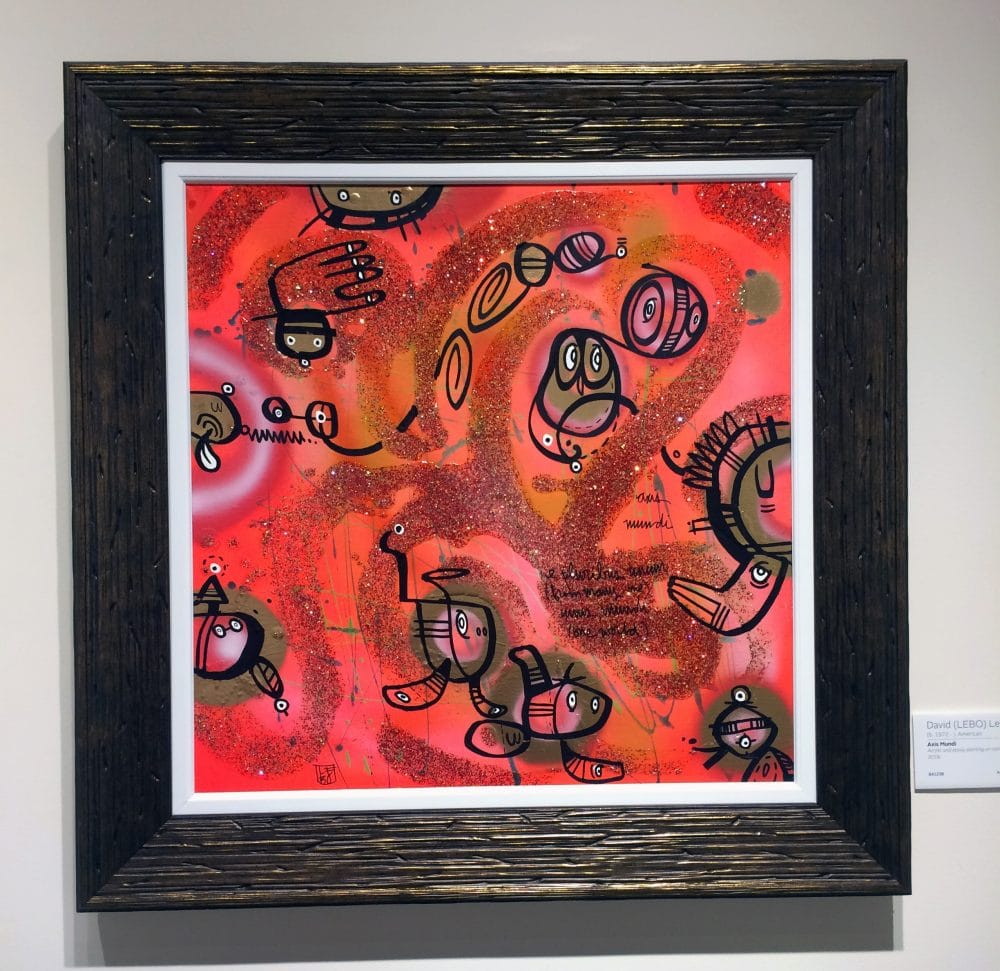 The concept of axis mundi (world axis) refers to the idea of a singular point where Heaven meets Earth. Lebo chose to approach the idea with an abstract “atonal” painting, meaning he primarily used different shades of the same color.

“I’ll make certain rules… before I’ll start a piece where I’m like, ‘I won’t use any blue in this one,’ and I’ll force myself to do that,” he says. “I’ll give myself creative frameworks.” 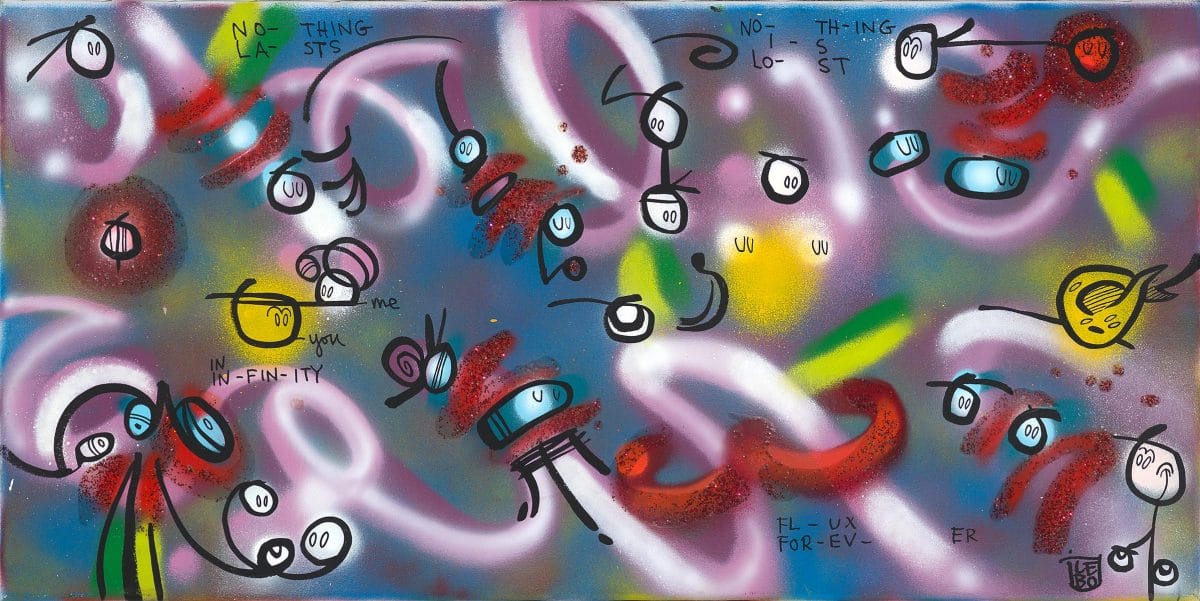 This colorful, abstract work can be considered a love poem. It expresses the idea of finding what Lebo calls “your symbiotic mate” in this world and “moving beyond into the metaphysical and the spiritual together.” 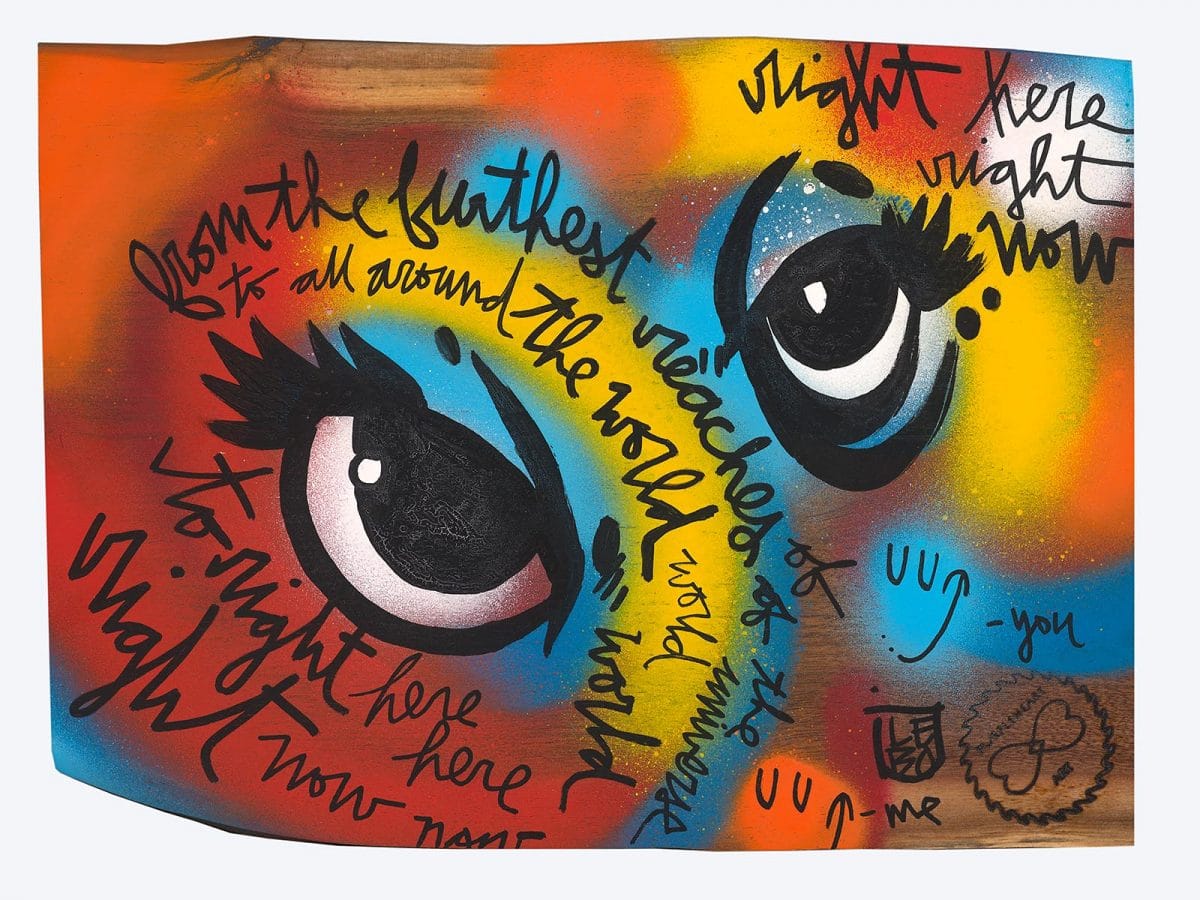 This painting on wood is the result of a partnership the artist has with Sgt. Michael Scott, a retired veteran who handcrafts wooden planks out of purpleheart wood. Lebo paints the planks to create uniquely-shaped works of art.

“To me, veterans and teachers are two of our most underserved people in our communities,” Lebo says. “So I absolutely wanted to work with Michael and any vets that are trying to do something artistic.” 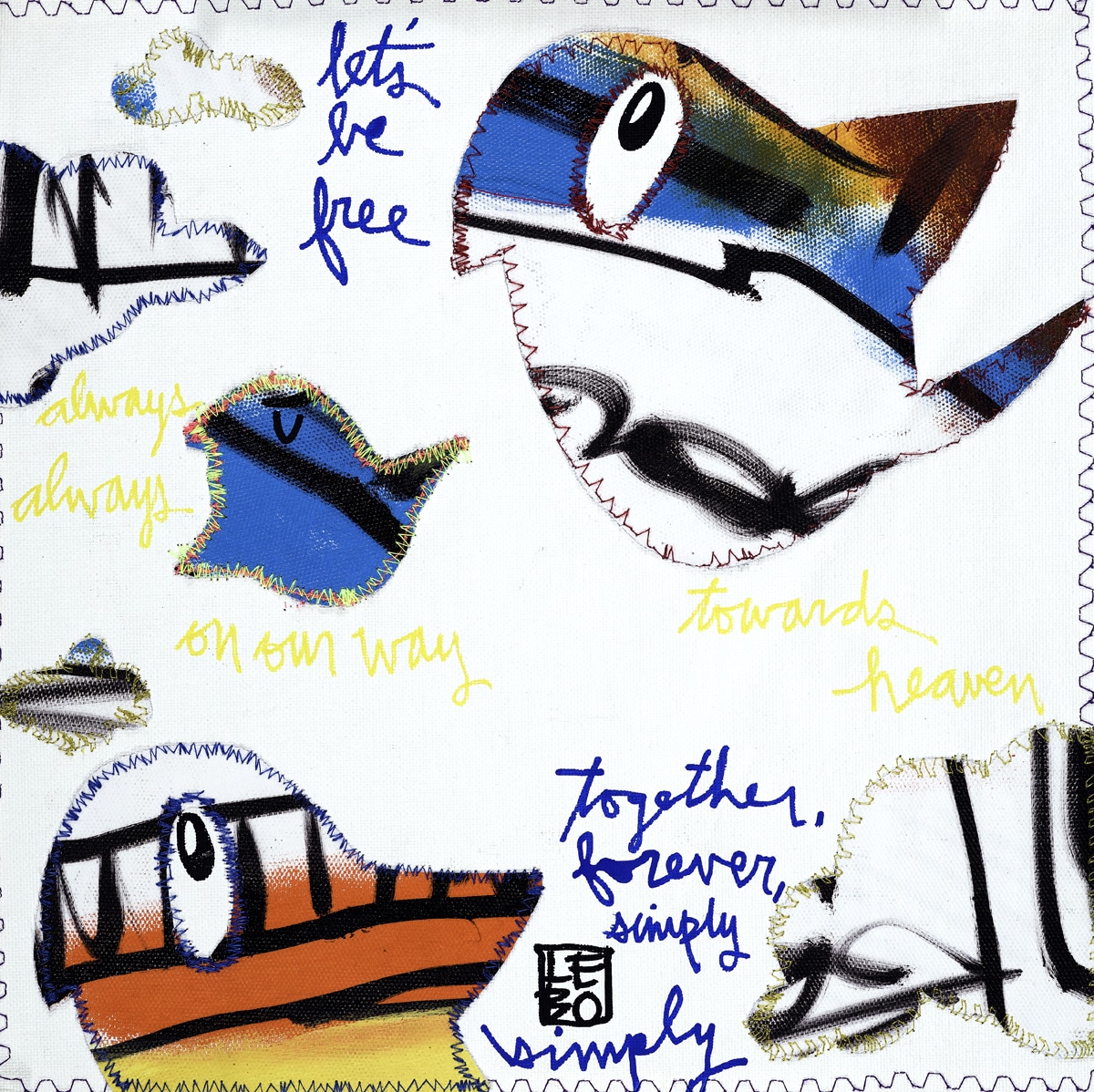 While the meaning of this unique work is up for interpretation, the story behind its creation is just as fascinating. In the spirit of collaboration, Lebo works with a seamstress he met in his native Miami to create colorful, hand-stitched works on canvas together. He says the collaboration not only resulted in a friendship, but also a new artistic challenge.

Lebo discusses these paintings and more in our exclusive Facebook Live video. Be sure to watch it to learn more about his latest creations and inspirations.

These unique paintings are exclusively available through Park West Gallery. For information on collecting the art of Lebo, contact our gallery consultants at (800) 521-9654 ext. 4 or sales@parkwestgallery.com. 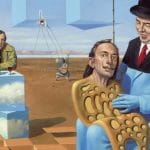 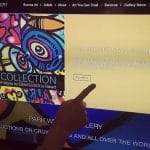