For Miami-based artist David “Lebo” Le Batard, it wasn’t much of a stretch to lend his artistic talents to yoga-inspired athletic apparel company Lululemon Athletica.

Lululemon opened its new flagship store on Lincoln Road in Miami in December, working with Park West Gallery artist Lebo to breathe life into the store’s interior and to offer exclusive yoga mats and clothing.

The Cuban-American artist, known for his post-modern cartoon expressionism, was commissioned by Lululemon to create a painting that reads “inhale the pure salt air,” which is part of the chain’s manifesto.

“They put an enormous amount of energy into their North American flagship store, and having been commissioned to create a 25-foot long painting to be a focal point was really an honor,” he said. “They had thousands of artists to choose from and it means the world to me that they chose my work.” Seen here is the completed and installed mural Lebo created for Lululemon. Photo by Chris Gray.

Lebo said they asked him to paint it without color, bringing him “back to his roots” to when he only painted in black and white. He began including color in his work after his early 20s.

The store is located on the first floor of the former Van Dyke Café. As part of the grand opening, the first 100 customers received a yoga mat custom designed by Lebo. The mats feature Lululemon’s inspirational quotes. Lebo was in attendance for the opening, and held a pre-opening party at his showroom.

Even though the mats are long gone, shoppers can still find Lebo-inspired items in the store. Clothing for both men and women designed by Lebo, such as tank tops, is exclusively sold at the new Miami location. The partnership between Lebo and Lululemon goes beyond the designs. Lebo said he likes the progressive attitude of the company as well as its excellent products. Additionally, he likes to spend around five to 10 hours a week working out, whether it’s hand balancing, bodyweight training or stand-up paddling and skating.

“For me, physical training and nutrition help balance out the long studio hours and irregular schedule of the artist’s life,” he said.

This isn’t the first time Lebo combined his art and physical training. In 2012, he created a one-of-a-kind mat for YogArt that was auctioned off during the Dec. 7 event, with 100 percent of the proceeds benefiting the Design Architecture Senior High in South Florida.

Lululemon is just one of the many companies Lebo has done work with, with the list including Adidas, ESPN, Google, Harley Davidson, Macy’s Inc. and Microsoft. He even has his artwork featured on the hull of the Norwegian Getaway. 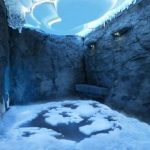 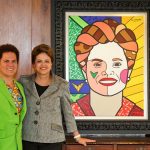