Hawaii got a touch of Disney magic this past weekend when animation legend and acclaimed fine artist James Coleman made a special appearance at the Park West Fine Art Museum & Gallery in Honolulu.

Park West collectors were treated to a special cocktail party with Coleman on Friday night where they were able to meet with Coleman one-and-one and hear stories about his incredible career at Walt Disney Studios. 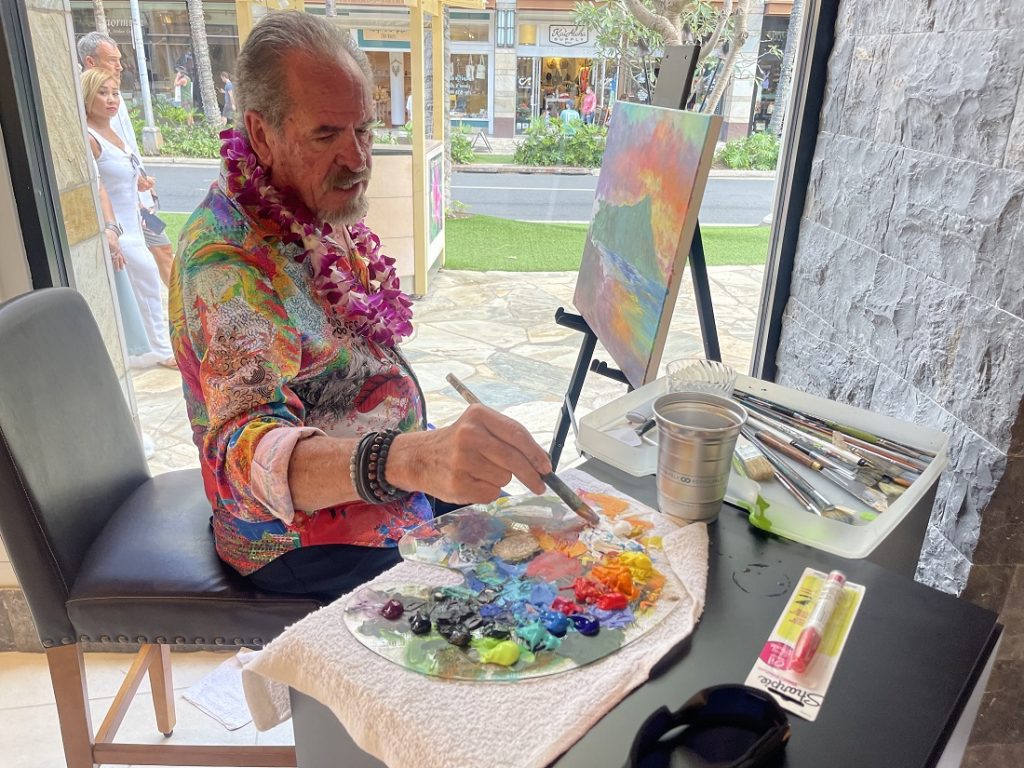 Today, Coleman is world-renowned for his breathtaking fine art, imbuing evocative landscapes with an uncanny sense of color and depth. A self-taught artist, he began his career at Disney Studios, selling his first-ever painting to Roy Disney Sr. at the age of 19. He was then encouraged to pursue animation background painting and, throughout his Disney career, created hand-painted backgrounds for classics such as Winnie the Pooh, The Rescuers, Mickey’s Christmas Carol, The Little Mermaid, the Academy Award-winning Beauty and the Beast, and more. 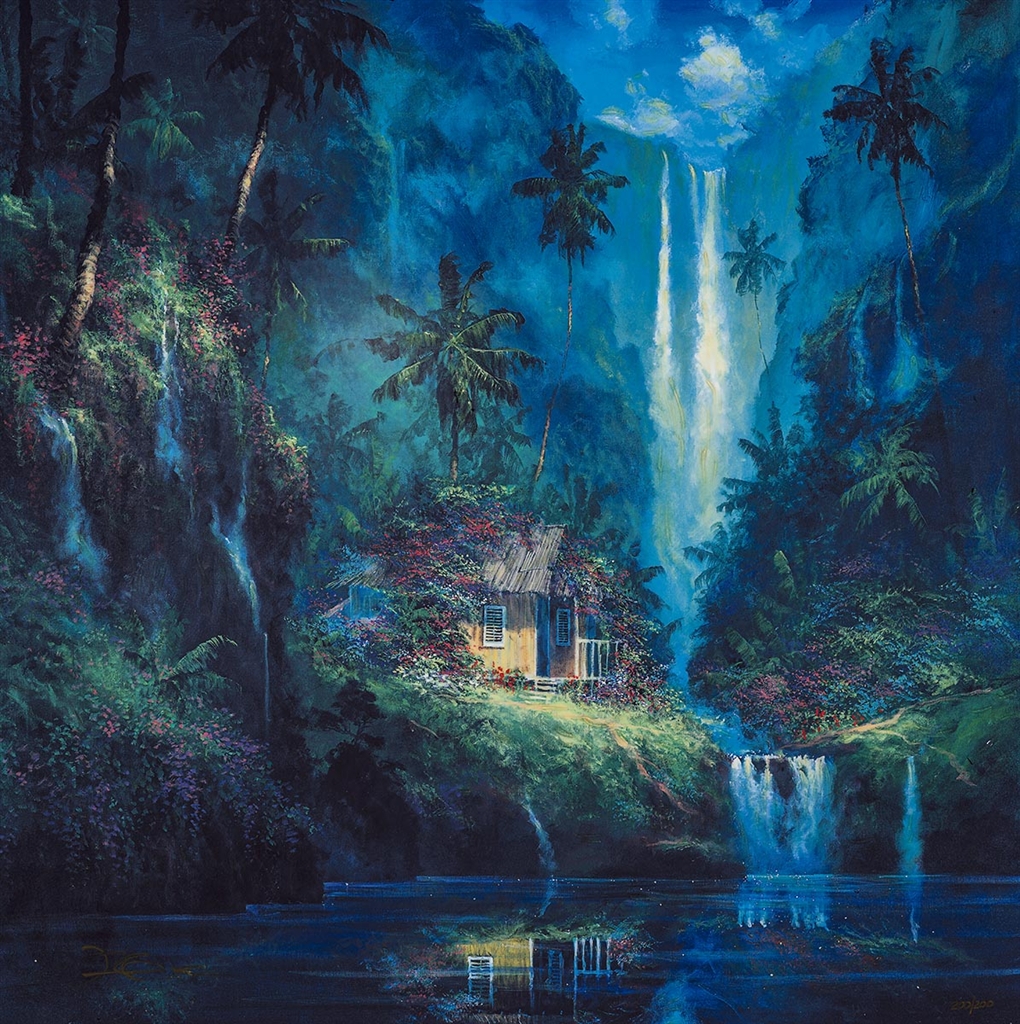 On Saturday, Coleman participated in a live Q&A session with Park West Hawaii Director Arturo Torrez where he talked about his fine art and his adventures in the movie industry. 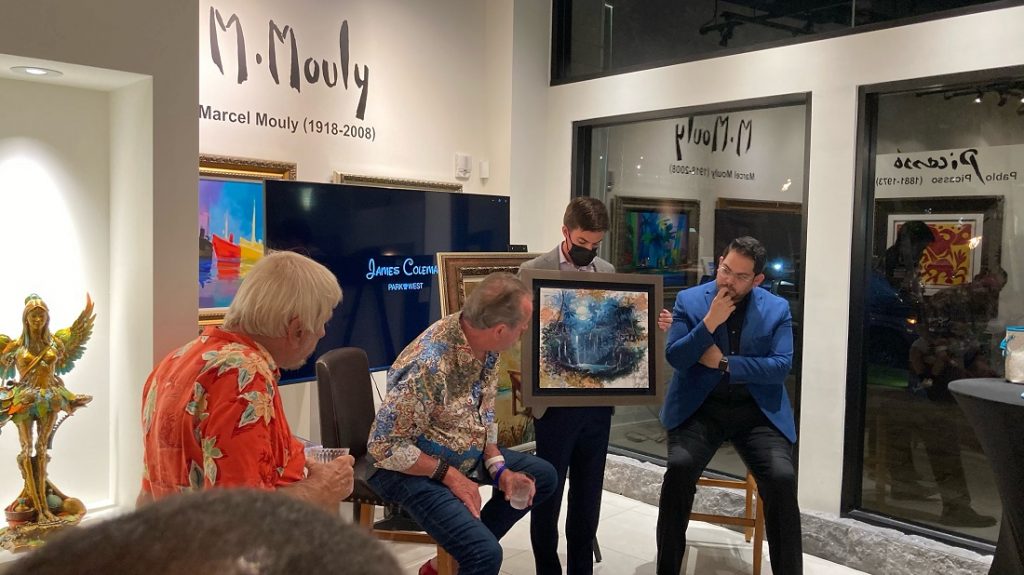 Afterward, Coleman treated spectators on the Waikiki Beach Walk to four hours of live painting, allowing fans and passersby to watch him create a brand-new artwork right before their eyes. The painting later went home with a very lucky collector.

“James Coleman brings his canvases to life with vibrant colors, gentle moods, and exquisite details that really truly touch the heart,” said Arturo Torrez. “We were so fortunate to have him bring his artistic magic to our gallery for our guests to enjoy.” 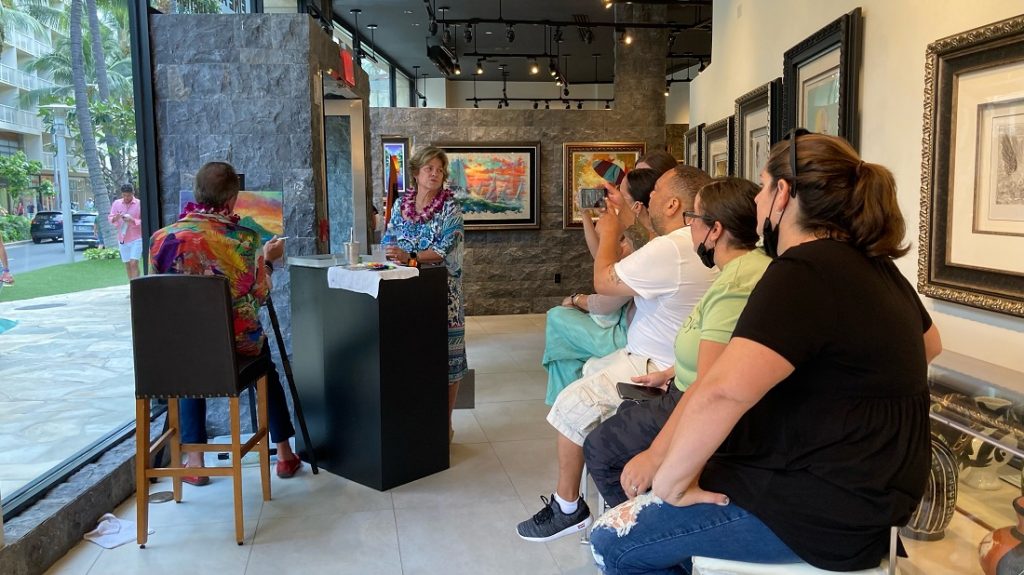 Over the years, Coleman’s name has become synonymous with images of illuminated skies, lush forests, and sweeping deserts. His goal is for viewers to not only enjoy his artwork, but also feel the emotion and spirit of the places he depicts.

“His incredible work has often been described as having a ‘Disney feel.’ But the question is, was he influenced by his time spent at Disney? Or was it he who developed the unique Disney style? You be the judge,” said Torrez. “Either way, you can’t deny his unbelievable talent.”

The Park West Fine Art Museum & Gallery on Waikiki Beach Walk is open daily from 11am to 10pm. For more information, visit www.parkwesthawaii.com or call 808-859-4871. 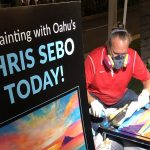 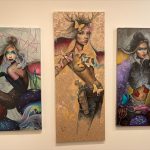