“The development of an ability to work from memory, to select factors,
to take things of certain constructive values and build with them a special thing,
your unique vision of nature,
the thing you caught in an instant look of a face or the formations of a moment in the sky,
will make it possible to state not only that face, that landscape,
but make your statement of them as they were when they were most beautiful to you.”
—Robert Henri (1865-1929), letter to the class, Art Students League, 1915

As a young art student in Minneapolis one day in 1974, I experienced an artistic awakening. While wandering through an art display in a bank, I was touched by a singular work; a lithograph in dark tones of brown and green. I stopped, contemplated it for a moment and moved on.

A few minutes later I felt an urge to revisit that same work and see if I could ascertain what it was that had attracted me to it. I studied the work more carefully. In it, were a few small houses, nestled in a deep receding landscape. Trees appeared as well. Their leaves fluttered in a tangible and yet empty space, but there were no branches connecting them. As I viewed the work, I was overcome with a poignant feeling, a mood I could not associate, but felt nevertheless. I moved on to take in the remaining works by other artists in the exhibition, but I continued to feel a tug to return to that work again and experience its remarkable effect on me.

I went back yet a third time. This time, I slowed down and took in the composition, the technique used, the overall balance and order of the work. All these impressed me equally and served to heighten the mood I was experiencing at the same time. I took notice of the artist’s name then, finally. It was Robert Kipniss, American; born 1931. Little did I know at the time, what a profound aesthetic experience I had just encountered and what effect it would have on me for years to come.

Fast forward: years later. I had come to know Kipniss’ works intimately through my association with the Merrill Chase Galleries in Chicago, where I worked as Gallery Director. I had met him on several occasions and had become deeply attracted to his work. I had presented it to hundreds of collectors and observed close hand the remarkable effect his imagery had on people from all walks of life and at all levels of artistic sophistication. I had studied his history and was well aware of his extraordinary credentials, the awards and prizes he had attained and his extensive museum representation throughout the world. All of this made me a deep Kipniss fan, but I had another experience, one of which the teacher, painter and aesthetician, Robert Henri so eloquently spoke in his letter to the Art Student’s League of 1915, quoted above (ironically, where Kipniss studied also in the late 1940’s).

It was a warm early autumn evening. I was relaxing outdoors sitting with family and friends and as dusk crept in, I was observing the sky through a close-knit group of trees a few feet from me. As I looked up I caught a moment of fleeting, transient beauty. The fading light had created a splash of leaf silhouettes flickering in the gentle wind. All I could see were the silhouettes of the leaves, without branches connecting them to the trees, the fluid dark trunks all set against a deep blue-grey sky.

It was, as I realized, a “living Kipniss moment.”

It occurred to me at that very instant that my experience was a reflection of the finest compliment to an artist that can ever be paid; my perception of nature, my experience, a visual miraculous moment, was enhanced and even attuned by my familiarity of Robert’s work. His “vision” had awakened my experience, allowed it to happen, and implanted more deeply my appreciation for life and the beautiful visual miracles that surround all of us continually, if we are only “in tune” enough to see them.

This phenomenon is not unfamiliar to Robert Kipniss. It is in effect that for which he strives.

He has said, “I may be painting trees and houses, but when I look at them, that’s not what I see. I see an atmosphere, a moment, a quickly passing experience that I’m trying to capture. My art is an art of intensity, of delving, of exploring the soul.”

The experience of viewing a Kipniss work is one which requires a determined engagement and attention on the part of the viewer. As I often say: “You have to go to great art. It doesn’t often come to you.” At first view, a Kipniss work may appear so subtle that one will walk right past it. But those who linger are rewarded.

His images draw us in with a confluence of impressions, personal associations and feelings only hinted at. Feelings which suggest past experiences derived from our own trace memories and perceptions of nature, remembered somewhere deep within us. We may not be conscious of these visual or immersive memories, but Kipniss’ works seem to psychologically engage us and pull these impressions forward into our conscious minds. Some say that the experience is “surreal.” Others call it a form of visual “déjà vu” as if they “remember” a scene, but can’t quite “put their finger on it.” His works have been called “imaginary landscapes,” “surrealist landscapes,” “dream landscapes” and “trance-like.” To Kipniss they are his means to, “grasp that which we can never possess, except for the moment.”

Although every work of art may be perceived and evaluated in terms of both its form and its content, in Kipniss’ work it is difficult to separate them. Much of the dreamlike and captivating quality of his works is derived from the absolutely meticulous compositions he constructs.

Every spatial, proportional, tonal, textural, and formal relationship in a Kipniss work is perfectly calculated and arranged. The eye feels no tension while moving through and into the illusionary spaces he constructs. Every element supports and engages another and another, which creates an overall effect of extreme ease and mystery at the same time. Renaissance painters would often refer to their painting compositions as “machines,” whereby every element would be tightly controlled, and “bolted” down to allow the work to “run” smoothly for the viewer. In Kipniss, they “purr” along in perfect balance and the longer we observe the more we “feel” his mastery in depicting mood and a sense of wonderment.

Commenting on Kipniss’ works in a 2007 catalog, Chief Curator of Collections and Exhibitions for the Mississippi Museum of Art, Daniel Piersol observed, “The issues of time and place are subtly but unmistakably invested in every Kipniss image… his captivating images are not merely nostalgic; rather, they are freighted with a haunting reverie. Through his masterful use of subdued color and purposefully structured compositions, the painter controls the viewer’s ability to ‘read’ or comprehend his images, thereby causing one to linger before them.”

These compelling characteristics of his work are well suited to the challenging and highly demanding technique of mezzotint, which Kipniss has mastered and employed for decades. Few ever attempt it.

Briefly described, a metal plate is pitted across its entire surface by either using a “rocker” tool or by machine (which Kipniss prefers for predictability). The plate, if then printed, would produce a rich, velvety and solid black, characteristic qualities which are unique to the “alchemy” of intaglio printing. The artist then works the pitted surface with a burnisher, smoothing out areas so that the more he smooths the area, the less ink will reside in the pitted grooves and indentations and consequently print. The artist therefore, is in essence, working backward from dark to light. This laborious technique creates the broad tonal variations and dramatic contrasts which are important in Kipniss’ works and can be so effectively employed through the mezzotint process.

Kipniss commented as follows about the technique: “The nature of mezzotint is that it is about objects emerging from darkness, catching light and being defined by their shadows as well as by their highlights. If you wanted to do something lighter or airier, you would use a dry-point or lithograph. That’s what happens in mezzotint and is why I really fell so much in love with it. It enables me to achieve the density that frequently eluded me in lithography.”

In an age where so much of art has become concerned with creating something “new,” something “novel” and something which focuses more on definitions of what is and isn’t art, Robert Kipniss is an artist of immense rarity. It is refreshing to see his work so embraced by museums, galleries and collectors all over the world and a testament to the quality of his artwork and his enduring message.

To once again quote the words of Robert Henri, a legendary hero to those who devote their lives to the pursuit of aesthetic beauty, often at great struggle and personal cost:

“It is not too much to say that art is the noting of the existence of order throughout the world, and so, order stirs imagination and inspires one to reproduce this beautiful relationship existing in the universe, as best one can. Everywhere I find that the moment order in nature is understood and freely shown, the result is nobility.”

I invite you to take some time and enter into the world of Robert Kipniss’ art. I believe once therein, you will also be one who discovers “nobility.” 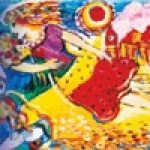 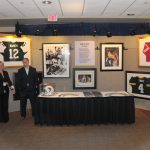