Smiley faces, confetti streamers, dazzling hearts and tiny palm trees each assume a rightful place on your iPhone screen and social media feed, but what about in the permanent collection of the Museum of Modern Art?

An example of popular “emojis” found on digital keyboards. Photo courtesy of emojipedia.org.

In October 2016, the prestigious New York City institution added the original suite of 176 Japanese-designed, digital symbols, or “emojis,” into their permanent collection, applauding the symbols’ ability to integrate design and functionality .

The charming characters took hold nearly two decades ago, when a Japanese mobile carrier asked a designer to create a simple picture library that could be implemented in a fast-growing and soon-to-be ubiquitous method of communication – texting. Jump forward to 2017 and the use of emojis have become commonplace, even innate.

While the uncommon acquisition of emojis undoubtedly harkens upon the nature of curatorship amid our digital era, more significantly, it draws a compelling parallel to the long lineage of iconography and ancient traditions of picture-writing.

From the rhinoceros of Chauvet Cave to ancient Egyptian hieroglyphics, gilded medieval icons and Picasso’s pensive light bulb in his 1937 masterpiece, “Guernica,” symbols and pictures, in their simplicity, have the ability to reveal universal themes of eternal relevance.

Conceptually, emojis are rooted in a longstanding pictorial tradition, and thus, arguably demand consideration within its conversation as a whole.

Which begs another question: Can pictures surpass time and place?

Smiley faces aside, these contemporary artists use numbers and pictorial symbols in their work to engage with notions that transcend representation: spiritualism, philosophy and mythology.

Yaacov Agam is a world-renowned kinetic artist, whose non-representational style embodies notions of transcendence and infinity – emanations that are, in Agam’s view, “beyond the visible.”

Studying under the Bauhaus color-theoretician, Johannes Itten, Agam quickly rejected traditional conceptions of painting and sculpture that hinged on tangible, corporeal considerations. Instead, Agam created a body of work that was kinetic in nature, mirroring notions of worldly transience.  To the iconic artist, the material world delicately balances on truths that cannot be grasped, therefore, Agam institutes balance in his artwork by finely integrating Hebrew mysticism and numerology.

With crisscrossing lines, successive patterns and pleasing color palettes, Agam’s work formulaically incorporates factors of nine as a means to resound the spirit of the Kabbalah. To Agam, the very fundamentals of pictorial representation – line and direction – symbolize an idea that is less-than straightforward. 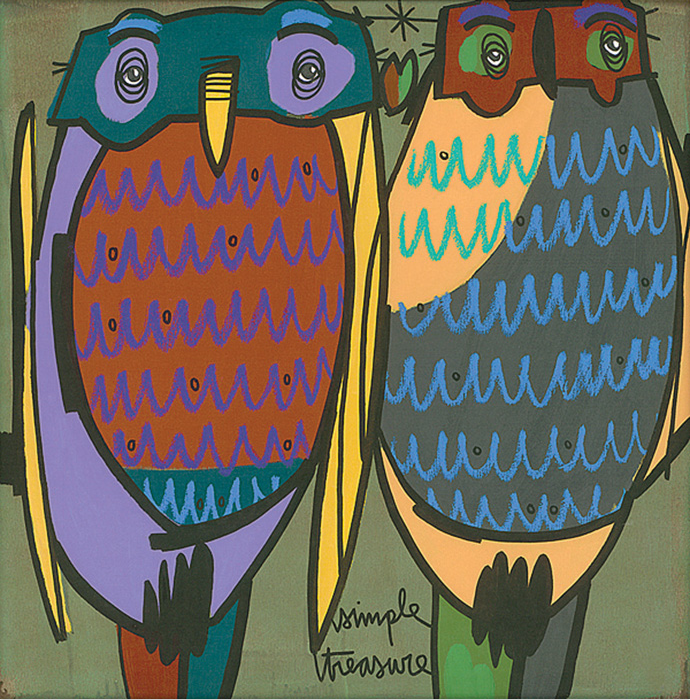 Iconography is an integral aspect of Lebo’s artwork. The artist’s playful renderings of animals, women and wise turns of phrase are drawn from spirituality across the ages. In Lebo’s world, modern-day cartoons and comic strips are more than entertaining digressions; they are symbols that operate within a lineage of visual storytelling – from Nordic myths to sacred Egyptian vessels.

Most commonly found in Lebo’s artwork are portrayals of owls and cats. The owl is signified in cultures throughout history, particularly in the personification of the Greek goddess Athena, while cats claimed their divine status in Ancient Egypt. By bringing forth a symbol’s long, sometimes ancient, history, Lebo suggests that modernity may not be so modern after all.

Detroit- native Tim Yanke reinterprets the visual traditions of America’s glory into a boldly expressive collage of culture. Using recurring themes such as the dragonfly, the American flag, Native-American folklore, and rock and roll, Yanke eternalizes the keepsakes of a country’s cultural traditions. 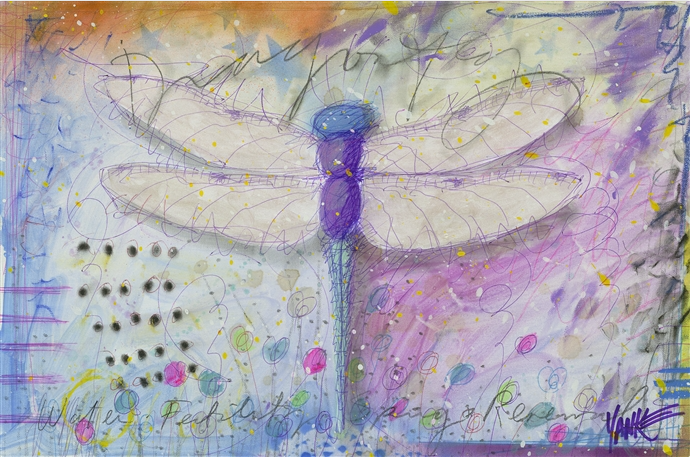 The dragonfly is one of Yanke’s most popular themes, and reveals that symbols can not only draw universal parallels, but monumentalize personal histories and the effects of nostalgia. Yanke’s dragonfly recalls a vignette of his generally sterile childhood living room, with the exception of a leaded antique lamp with a dragonfly on it – a treasure his mother valued.

Contact our gallery consultants at (800) 521-9654 ext. 4 or sales@parkwestgallery.com  to learn more about collecting art from Yaacov Agam, Lebo and Tim Yanke. 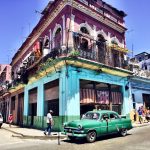 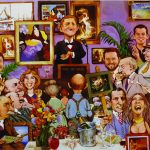