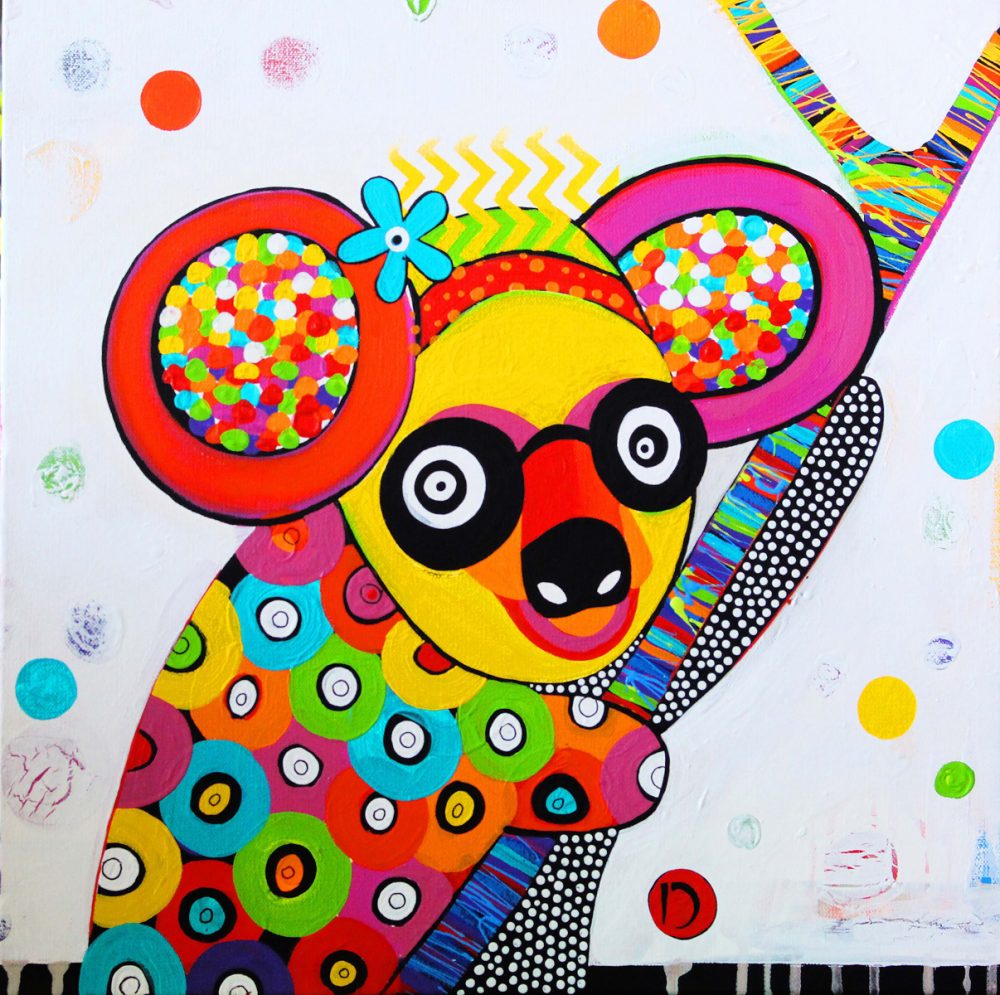 Many artists are fascinated by the animal kingdom, capturing the likeness of creatures in their natural habitats. But for Donna “The Color Queen” Sharam, celebrating nature goes beyond just depicting wild animals – it’s going wild with color.

Sharam likes to approach her paintings in series, often creating three to four paintings at the same time. Among these is her “Going Tribal” series, which she describes as “funky animals.”

Sharam explains that her home is situated in Byron Bay in New South Wales, an area of Australia that features everything from farms to rainforests. This enables her to encounter a wide variety of wildlife as well as lush landscapes. 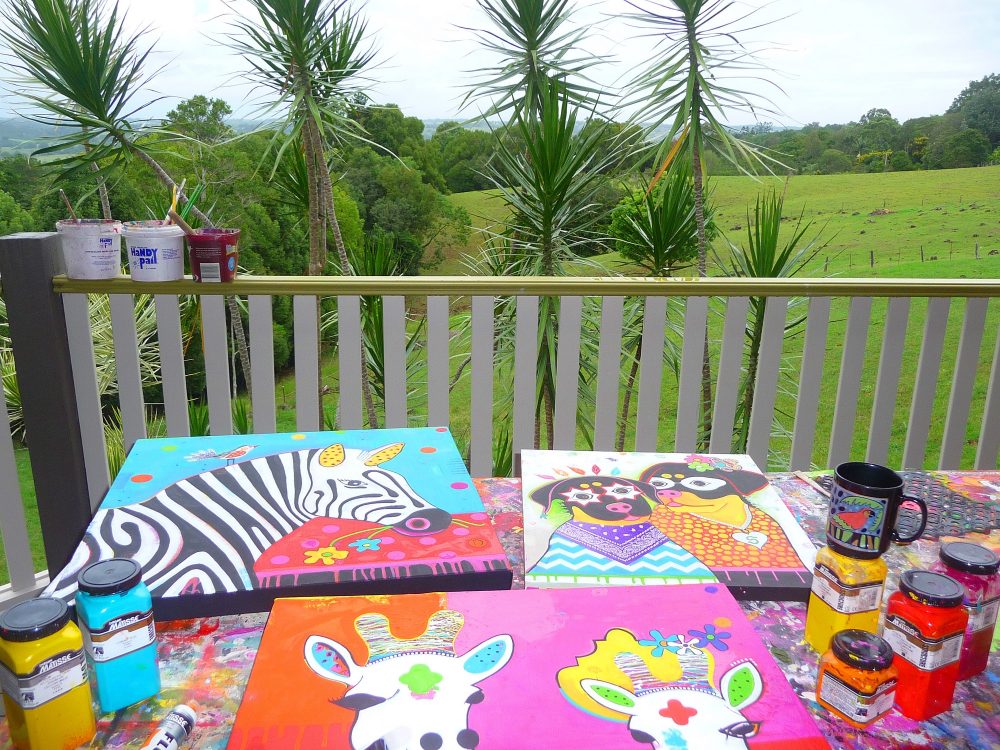 Her colorful depictions include cats, cows, koalas and owls, and even extend beyond Australia and into Africa with giraffes, zebras and elephants. This “Going Tribal” series came about after a conversation Sharam and her husband, Bob, had about the endangered species in Africa.

“Animals are being slaughtered around the world, and so we may not have them in 100 years,” Sharam says. “Let’s celebrate them.”

Sharam’s creativity follows in the vein of Friedensreich Hundertwasser, an Austrian artist who emphasized the use of bright colors and organic forms. Sharam says Hundertwasser painted from his imagination, which is something she is passionate about practicing in her own art.

“People say to me, ‘Where does that come from?’ and I just say, ‘Well that’s actually really how I see a giraffe,’” Sharam says with a smile. “I see color and imagination just in my everyday life.” 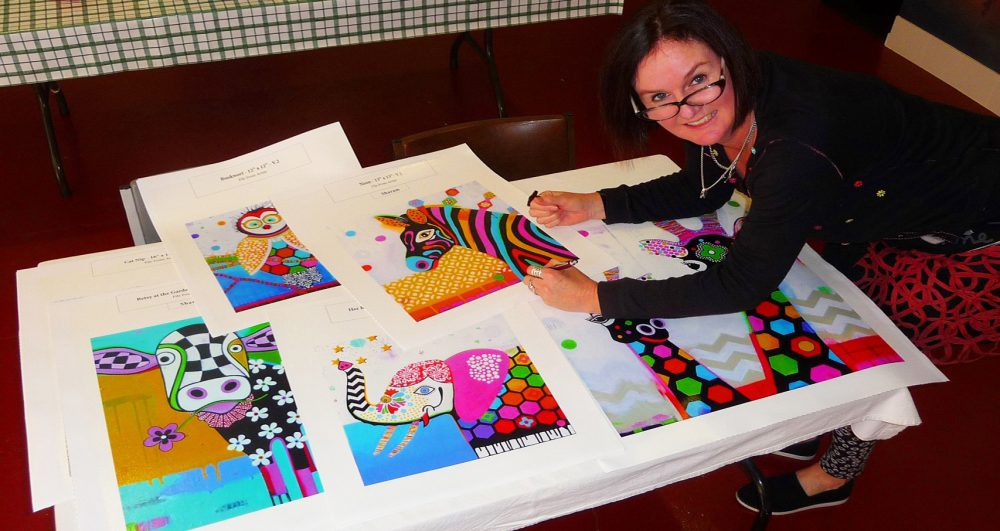 Donna Sharam with some of her “Going Tribal” works. (Photo courtesy of Donna Sharam)

Sharam considers herself a Fauvist and Contemporary Colorist. Keen observers will notice Sharam’s favorite colors are red and pink, but she tends to use an entire spectrum of bright and vivid hues alongside them.

“I just cannot seem to not use color in my artwork,” she says. “Sometimes my husband says to me, ‘Don’t put every color in every painting,’ but I just can’t help it.” 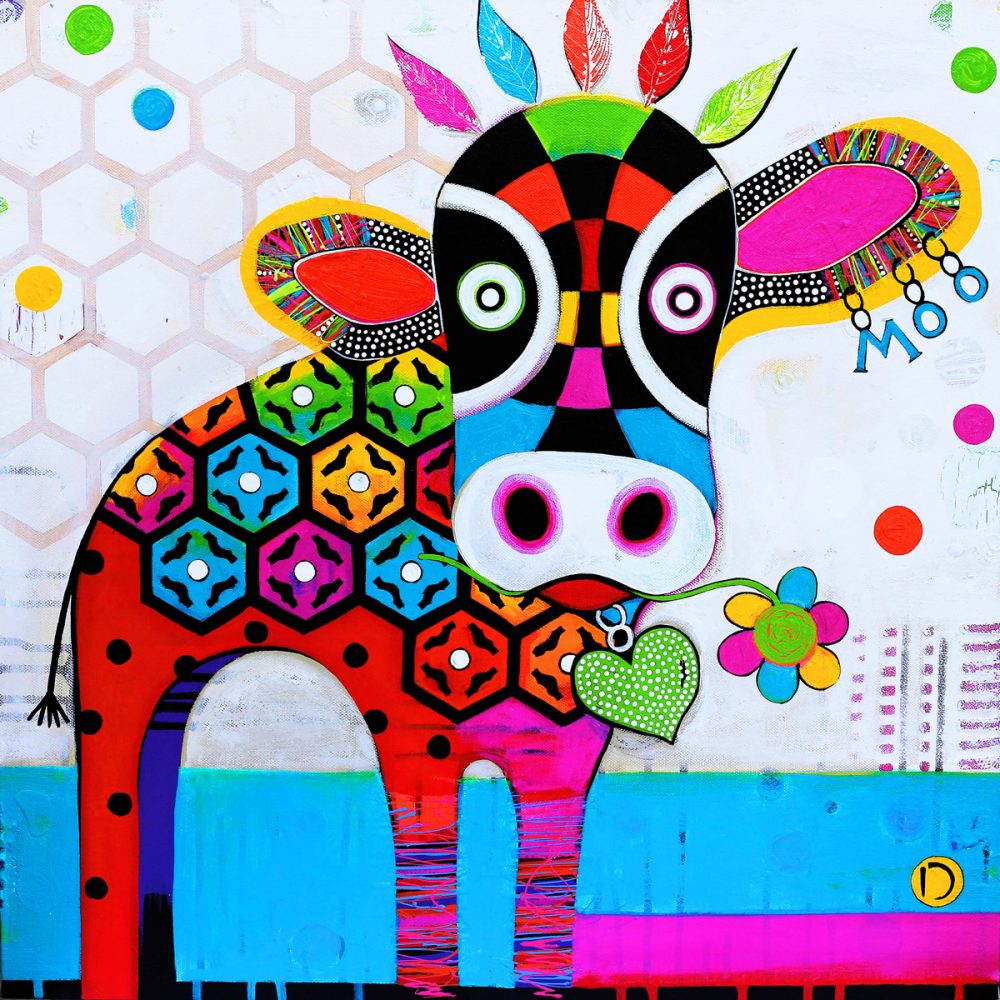 The Australian artist says when people ask her how she can create artwork that is so filled with joy, happiness and color, she tells them it comes “from the inside out.”

“I am incredibly blessed, incredibly happy, I love my life,” Sharam says. “Not everything in my life is perfect, but I choose to focus very much on the things that are, and as a result, the happiness seems to be exuded in my art in color.”

Whether it is flora, fauna or landscapes, Sharam’s art is identifiable, relatable and a bright addition to any collection. Be sure to view Park West Gallery’s selection of Donna Sharam art, which includes vibrant, limited-edition digital multiples on metal. 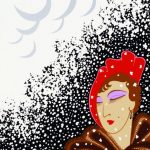 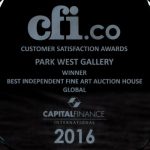